Karen Penney is Vice President and General Manager of American Express. Following International Women’s Day on March 8th, she tells Finance Monthly about why we need more mentoring and sponsorship schemes for women in finance.  In recent years, more women than ever have stepped into leadership roles. The finance sector is no exception to this, […] 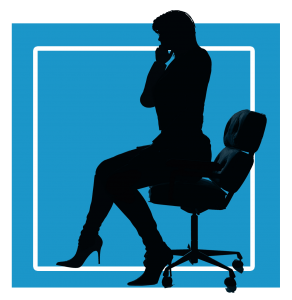 Karen Penney is Vice President and General Manager of American Express. Following International Women’s Day on March 8th, she tells Finance Monthly about why we need more mentoring and sponsorship schemes for women in finance.

In recent years, more women than ever have stepped into leadership roles. The finance sector is no exception to this, and women now make up over 30% of company boards at companies such as HSBC and the Royal Bank of Scotland Group. However, whilst the proportion of females in senior executive positions is a good benchmark for measuring progress, it’s important that businesses identify any problems of gender diversity at all levels of their company hierarchy.

On a personal level, I’ve overcome hurdles in my professional life, such as being made redundant from a previous position on my return from maternity leave, but I have also been extremely fortunate to have flexible and empathetic bosses that have made me feel supported in the largely male dominated world of finance. I am a strong advocate of business programmes to identify high potential future female leaders and retain talented female employees. Mentorship and sponsorship programmes are key means by which companies can offer inspiration, encouragement and expertise to those who need it, and there are numerous ways in which companies can employ these kinds of initiatives.

Whilst some mentoring schemes revolve around a one-on-one relationship, they can also be very effective in a group environment, perhaps bringing ten people together at once. Contrary to popular belief, mentoring doesn’t have to be a formal affair, and a more relaxed approach can mean people feel more comfortable sharing their experiences and queries.

At American Express, I have been involved in the development of one such informal women’s mentoring group. Based on Sheryl Sandberg’s model, we organise ‘Lean In’ circles, which bring together a small group of female colleagues to discuss things such as how to network, the ‘unwritten rules’ that you need to know and nobody talks about, and how to build an executive presence. We have so far received very positive feedback from those who have taken part that they feel empowered to ask anything they like in a safe environment. Building a mentoring group like this means not only do employees benefit from having a mentoring relationship with senior colleagues, but they also build up their own network of peers for support.

Although mentoring schemes are a good way to create a support network where colleagues can tackle difficult issues together, executive sponsorship is an equally important factor to growth. A study in 2010, co-sponsored by American Express and the Center for Talent Innovation, found that women are less likely than their male peers to find sponsors, that is, senior colleagues who champion them for promotions or raises. Without sponsors, women may lack the encouragement or support to reach for the next level or take on new challenges. By implementing formal sponsorship programmes, companies can create positive internal role models who can encourage others to take on more challenging projects, and increase the representation of women in the pipeline for senior roles.

American Express run a programme like this on a global scale – the ‘Pathways to Sponsorship’ initiative, which involves candid career discussions, peer mentoring, and increased access to workshops and networking events. Although the aim of the programme is to help pair women with sponsors who will serve as advocates for their work, it’s important to recognise that organically developed relationships are equally, if not more, valuable. Therefore, any environment where employees can personally recommend others or exchange career advice should be encouraged and cultivated, particularly in industries that historically lack a strong female executive footprint.

It’s certainly an exciting time to be a woman in finance; PWC’s 2015 report The Female Millennial: A New Era of Talent suggested the same, outlining a more confident group of women entering the sector. By bringing gender diversity and inclusion to the top of talent management issues and fortifying personal relationships, formal programmes help female employees shape their personal brand and build a productive and happy workforce. Yet I personally believe that we need more than just formal schemes, and that women – particularly those in senior positions – have a responsibility to help each other progress and reach their full potential, whether promoting flexible working, finding a mentee themselves, or championing others around them.