Is the Housing Market Coming Off the Boil or Going to Slide?

Here Professor of Urban & Property Economics at Henley Business School, Michael Ball gives his own thoughts on the current real estate market slowdown in the UK, and presents his expectations for the remainder of 2017. 2017 could well be the year when the UK housing market hits one of its periodic turning points after a […] 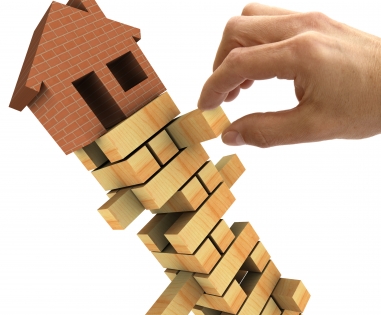 Here Professor of Urban & Property Economics at Henley Business School, Michael Ball gives his own thoughts on the current real estate market slowdown in the UK, and presents his expectations for the remainder of 2017.

2017 could well be the year when the UK housing market hits one of its periodic turning points after a sustained five-year run of 5 to 10% annual price rises and an up-coming ten-year anniversary since the last crash. Price averages, of course, belie much greater rises in places like London and the South East. Indications of a slowing market abound, particularly with respect to prices and time on the market. Many rightly attribute the slowdown to affordability factors following such strong price growth. Optimistically, that could lead to a less frenetic market with government homeowner initiatives sustaining the expansion in new build. Nonetheless, digging beneath the headlines suggests that many drivers of recent housing market expansion are no longer humming so positively.

Market-wise, Inner London often leads the way and news from there has been bleak for some time and not just at the top of the market. So, Rightmove’s report of a 15% price drop in Kensington and Chelsea for 2016 may indicate lost froth at the top but also raises wider concerns.

The biggest change is the falling away of overseas investment. Uncertainty over the pound plus capital and credit constraints in places like China have all contributed but home-grown factors have played a key part. Though stamp-duty rises are often blamed, some classic bubble features seem to be unwinding, especially in London, related to over-supply and mis-pricing, the super-hyping of neighbourhoods and over-estimates of the long-term demand for small ‘luxury’ accommodation. Chastened investors may take quite some time to return. This is of broader importance because experience following the financial crisis suggests that international activity has wider impacts on the market and sentiment.

Nationally, classic market drivers are turning negative. Earnings have been rising ahead of inflation but forecasts suggest this trend is coming to an end. Moderation in real earnings growth not only dampens house purchase and trading up but it also limits the potential for rent increases, depressing landlord returns.

On the mortgage front, some rise in interest rates is in the offing. Though interest rate rises are likely to be limited in the near future, they may currently have a disproportionate effect on the housing market as affordability is so stretched. Cautious lenders if they fear rising default rates may add higher risk premiums to mortgage rates and restrict lending as well.

Landlords are now major holders and purchasers of homes. They face the prospect of a rising tax burden as relief on some expenses is withdrawn and mortgage interest write-offs gradually limited. Moreover, if the Government’s stated aim of drastically reducing immigration has any effect, landlords will lose a key source of new demand. Poor prospects for rents and tenant demand combined with rising costs and taxes could create a depressing scissors effect on landlord returns, significantly discouraging investment.

Expectations matter and can suddenly switch. That Britain has a housing shortage has clearly been absorbed by home owners and investors alike. But there is a danger of thinking of demand as purely population driven and so always there, whereas it is incomes and affordability that count far more. Variations in them, combined with tight supply, make the UK’s housing market particularly prone to sharp price swings.

Counter to all this gloom is the prospect that an improving global economy may lift the UK and its housing market with it. Nevertheless, the balance of risks is shifting towards the downside. So, forecast-wise, this year may turn out fine but clouds abound and are likely to thicken as the year progresses.