The Kroger Co. (NYSE: KR) has announced it has purchased the equity of Murray’s Cheese, as well as its flagship location on Bleecker Street in New York City, to form a merger of the two companies. “For cheese lovers and connoisseurs, it doesn’t get more authentic than Murray’s,” said Rodney McMullen, Kroger’s chairman and CEO. […] 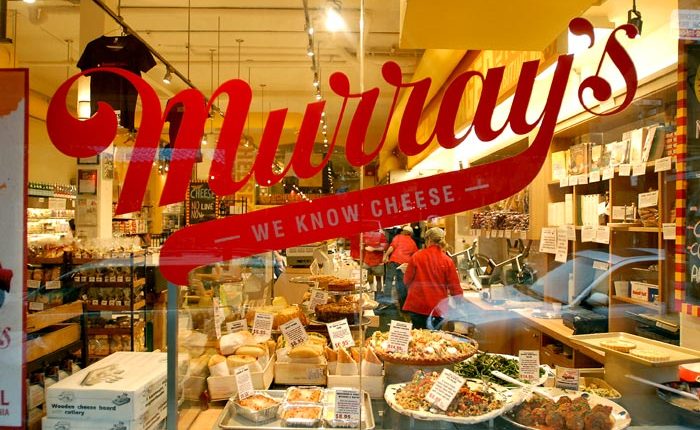 The Kroger Co. (NYSE: KR) has announced it has purchased the equity of Murray’s Cheese, as well as its flagship location on Bleecker Street in New York City, to form a merger of the two companies.

“For cheese lovers and connoisseurs, it doesn’t get more authentic than Murray’s,” said Rodney McMullen, Kroger’s chairman and CEO. “Our customers are excited to buy the unique offerings of Murray’s Cheese right in our stores, and we’re excited to ensure this iconic cheese shop will remain a part of the Kroger family for many years to come.”

New York’s most iconic cheese shop, opened in 1940, Murray’s has been delivering the finest selection of cheese, meat and specialty food items to New Yorkers, chefs and cheese lovers nationwide through a robust online business. Since the two companies formed a unique partnership in 2008, Murray’s has offered the same fine foods and cheese expertise to the Kroger family of stores.

“When the Kroger and Murray’s relationship started in 2008, we wanted to figure out how to bring the finest cheese and charcuterie to more people,” said Daniel Hammer, Kroger’s vice president of culinary development and deli/bakery merchandising. “Today, we have more than 350 Murray’s Cheese shops in Kroger locations from coast to coast – and that is thanks to the incredible passion and commitment of the team at Murray’s to empower associates to share their love of cheese with customers. We look forward to learning from the very talented team at Murray’s and working together to grow the business and build the iconic Murray’s brand.”

Murray’s former owner and president, Rob Kaufelt, will remain affiliated with the business as a strategic adviser. Nick Tranchina will continue to lead the Murray’s Cheese team in New York and will report to Daniel Hammer at Kroger.

“Rob’s dedication to his craft has placed Murray’s on the map among the culinary elite while also making specialty cheese more accessible to mainstream consumers,” said Mr. McMullen. “We look forward to Rob’s continued influence on the business, helping to tell the Murray’s Cheese story and building its brand.”

“It has been my honor and privilege to work with so many tremendous, talented people over the course of my 45-year career in food retail, especially the last 25 years at Murray’s here in New York City,” said Mr. Kaufelt.  “When I set out on this journey, my goal was simply to run the best cheese shop in Greenwich Village. I’m proud that we’ve been able to maintain the spirit and service of a mom-and-pop neighborhood shop amidst our growth into the national market. I am pleased to pass the torch to our able staff, who will carry Murray’s into the future.”

Other highlights of the special partnership between Murray’s Cheese and Kroger include: