4 Financial Lessons We Can Learn From Game of Thrones

Russell Smith, founder of Russell Smith Chartered Accountants discusses with Finance Monthly poignant financial lessons we can all take away from HBO’s hit TV series Game of Thrones. In the quest for financial supremacy, we often take advice from those who’ve already achieved great success. Many will read articles about how to secure wealth and […] 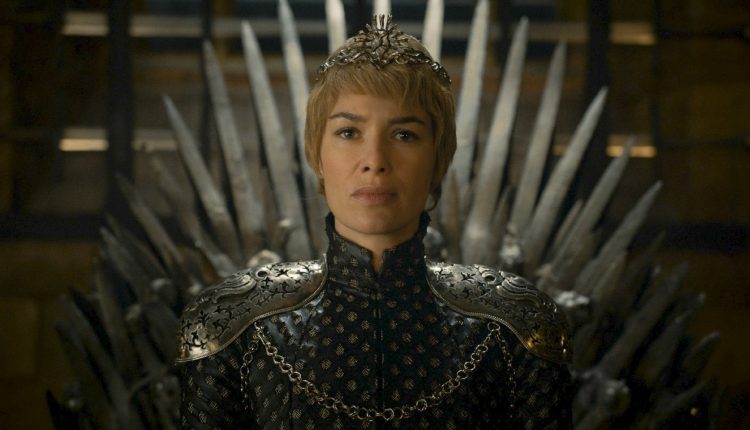 In the quest for financial supremacy, we often take advice from those who’ve already achieved great success. Many will read articles about how to secure wealth and maintain steady finances. Others will go as far to train in the art making money, or at least attend conferences and seminars that promise to unlock secrets of healthy financial perpetuity.

Yet, the pursuit of financial wisdom need not always be sought from real life examples. Game of Thrones is a fascinating, brutal world; one that inspires great creativity and has millions of viewers revelling in world-class entertainment. For many, what makes Game of Thrones enjoyable is that, while it’s a world inhabited by swords, magic and dragons, it is grounded in realism that parallels our world and history.

It’s a fantasy, but a fantasy mired with the harsh reality of our own world.

The result is that, while it may be a fictional land, Westeros is a continent full of genius minds from which we can learn some very real lessons about finance. To pick the great business minds of Westeros is just as valuable as picking those in our own world. So, what exactly can we learn from masterminds of G.R.R Martin’s Ice and Fire saga?

Chaos is a Ladder

Lord Petyr Baelish, otherwise known as Littlefinger, is a true rags-to-riches story. Through a combination of intellect and circumstance, he manages to go from low-born peasant to one of the wealthiest and powerful men in all of Westeros — and he did all by climbing that ladder of chaos.

But how exactly can real business owners climb a chaos ladder to financial success? It’s all about stabiliy.

Petyr Baelish took advantage of chaos by offering those around him stability. His climb to success began when he became a Customs Officer in a small provincial town. In an era following war and uncertainty, he proved himself to be a reliable moneymaker, which resulted in him rising to the rank of Master of Coin in King’s Landing. Littlefinger kept out of the conflicts and turmoil and instead focused on being a sturdy pillar on which others could rely. While others fell, he continued to climb.

In Westeros and in the business world, people appreciate stability. They appreciate a sure bet. Anyone can climb a ladder of chaos to financial success by proving themselves to be a safer, more reliable option than their competitors.

Personal Survival is All About Limited Liability

Before Robert’s Rebellion, the Lannisters were in trouble. Their gold mines were running dry and Tywin had to find a way to keep his family’s wealth alive. He managed it, of course, by helping to defeat the Targaryens and putting Robert Baratheon on the throne. But how did this allow him to stay the wealthiest man in Westeros?

First, it allowed him to rake in money through marriage to the crown, taxation and the acquisition of assets such as castles. However, it also allowed him to do something any business owner can in the real world can do as well: protect his personal financial health through limiting liability.

Through the acquisition of the crown, Tywin was able to shift financial burdens and responsibilities off the Lannister House and onto the Kingdom of Westeros itself, just as a business owner establishing a limited company can ensure they are protected should their business go bankrupt.

Through this tactic, Tywin could earn money through the crown while securing loans against it that allowed him to maintain his family’s wealth; all while ensuring, should they be unable to pay their debts, the Lannister family would be spared financial ruin.

Business owners of the real world can follow Tywin’s example, setting up LTDs instead of taking on all the financial risks involved in business by running their operation as a self-employed entrepreneur.

Emotion and Financial Success Do Not Mix

Emotions and financial success do not go hand in hand. In Westeros, we’ve seen countless examples of leaders making decisions based on their emotional ties — and the results are not good.

This includes Robb Stark marrying his true love despite brokering a deal with the Freys, nearly destroying House Stark, and Daenerys suffering huge losses after failing to respect the culture of her new home, losing support the people until she eventually reopened the fighting pits. Cersei also lets her emotions control her actions, which ultimately leads to the death of two of her children, Tommen and Myrcella.

Other characters, characters who don’t allow emotions to cloud their judgement, find much greater success in Westeros. Tywin is a man who runs on cold, calculating plans and his only folly was not locking his bathroom door. Petyr Baelish also thinks in terms of practicalities and not allegiances, which has seen him become the wealthy man he is today. And, of course, we have the sellsword Bronn, who never mixes emotions with business, allowing him to make a killing off the Lannisters.

Those who have assured themselves financial success have done so by making choices that are in their best interests, casting off any emotional involvement. Despite his daughter’s disdain, Tywin was determined to see her marriage to Ser Loras Tyrell go ahead for the sake of the family’s wealth, and Bronn refused to fight as Tyrion’s champion, as he knew it wasn’t a smart decision on his part — even though his friend was doomed without him.

What Game of Thrones teaches us is that you must follow the examples of those who don’t let emotions impact their judgement. Survival in Westeros and in the financial world is about actions that benefit you and help you move forward, not that support others at your own expense.

Prepare for Your Financial Winter

In Westeros, winter has come.

While Jon Snow is hurriedly preparing to help his people survive, most others in The Seven Kingdoms are ignoring the impending threat. When winter comes for the south, how do you think King’s Landing will fare?

This isn’t the first time winter has come for our characters, though. The Lannisters faced a metaphorical winter when their gold mines ran dry. But, like Jon Snow, Tywin was prepared for the cold months ahead. The Lannister leader had been planning for the days when his resources would run out and was ready to keep the family out of financial danger.

Being ignorant of upcoming threats to your financial health is a surefire way to collapse. Preparation is key to survival. In Westeros, winter was inevitable. In business, financial hardships are the same. At some point, you will likely have to weather an economic winter. It may be a global financial crisis — which many predict is coming sooner rather than later — or it may be something specific to your firm, such as a move in consumer interest, supplier demands or a lack of gold in your mines.

Whatever the potential is for hardship, if you do not prepare, you will not survive. Winter will come. It isn’t a question of if, but when.