The merger and acquisition market is on track to hit record levels in 2018. According to Mergermarket, the first half of the year saw 8,560 deals recorded globally at a value of $1.94tn, with 26 deals falling into the megadeals category of over $10bn per deal. While M&As present incredible value for businesses, many organisations […] 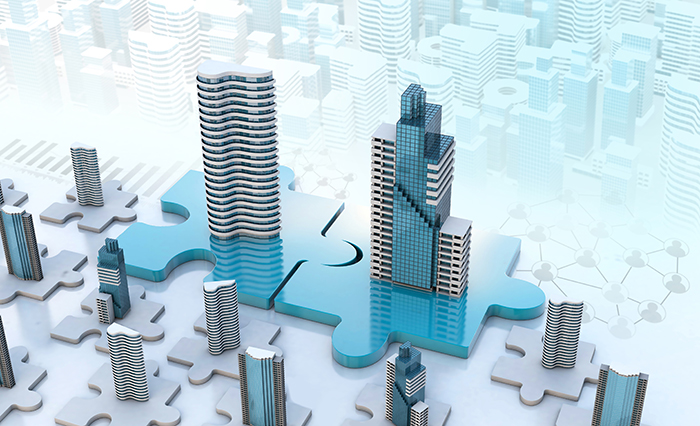 The merger and acquisition market is on track to hit record levels in 2018. According to Mergermarket, the first half of the year saw 8,560 deals recorded globally at a value of $1.94tn, with 26 deals falling into the megadeals category of over $10bn per deal.

While M&As present incredible value for businesses, many organisations don’t put much thought into what happens after the documents are signed, says Neerav Shah, General Manager EMEA at SnapLogic. As a result, he continues, many past M&A deals have failed to live up to their promise, with organisations struggling to manage the cultural and technological challenges associated with these deals.

The landscape is littered with unsuccessful mergers and acquisitions, companies that did not heed obvious risks that, in retrospect, were avoidable. Instead, dealmakers focused on the benefits of the transaction, such as prospects for a larger market share, competitive advantages, reduced costs, increased efficiencies, and more diversified products and services.

While the opportunities need to be at the forefront of any deal, organisations need to also address the potential risks and challenges if they want to realise these opportunities. This means integrating newly merged companies effectively, and quickly, should be of paramount importance once a deal is agreed in order to keep critical functions operating at full speed during the post-transaction integration period, realise operational synergies in the ongoing merged entity and to align all employees around a single, merged corporate identity.

As consulting firm McKinsey put it: “Integrating merging companies requires a daunting degree of effort and coordination from across the newly combined organisation… Those that do integration well, in our experience, deliver as much as 6 to 12 percentage points higher total returns to shareholders (TRS) than those that don’t.”

The considerations for integrating the companies typically fall into two main areas: cultural and technological. While the first is an obvious challenge, merging two completely different company cultures, consolidating technology and data often proves to be a more complex task, not least because of the increased level of vulnerability to cyber security incidents both organisations will have during this process.

The sheer number of IT systems and cloud applications in use by companies today, also makes the process of integration more complicated. These days it’s not uncommon for a company to have inked partnerships with more than a hundred different cloud providers. When two organisations combine, integrating all the applications, systems and other sources of data consumes an inordinate amount of time.

Obviously, there is a need for data integrations to occur quickly and seamlessly, minimising the time in which the oceans of data flow from one system to another, from one application to another. Many companies are still struggling to integrate the data they hold within various systems in one company, so when two are involved they need to take a very process-driven approach to not only ensure that security isn’t compromised but also that the most can be made from the data.

Best practices include identifying all the data assets that need to be transferred first, and then determining the specific data standards, policies and processes that will be used to conduct the transfer. Rather than transferring all the data at once, consider a piecemeal approach in which different data sets are prioritised for transfer at different times. Both the finance and HR departments are good areas to start due to the importance of the data they hold in relation to not only business performance but the deal itself. Data that is not destined for transfer should be immediately destroyed.

Lastly, invest in integration tools that make it fast and easy to connect applications and different sources of data. Legacy technology requiring teams of developers to handcraft integration software on an as-needed basis is no way to address today’s rapidly expanding universe of cloud applications.

Companies undergoing a merger or acquisition need to find a fast and easy way to integrate data and applications. They need a single platform that users can rapidly connect diverse systems and applications at their vulnerable intersection points, narrowing the window of opportunity for hackers to attack.

By ensuring data transfers are closely managed so they can flow at enterprise speed, the pace of post-transaction integrations is accelerated. In turn, this assists dealmakers to realise the perceived value of the merger or acquisition at a much quicker rate—adding up into a rare win, win, win.

5 Stumbling Blocks That Hold Services Businesses Back From Growth