Noerr Advises Loopia on the Acquisition of WebSupport

Noerr has advised the Swedish web hosting service provider Loopia Group AB on its acquisition of the Slovakian company WebSupport s.r.o., the leading web host and main registrar of .sk and .eu domains in Slovakia. 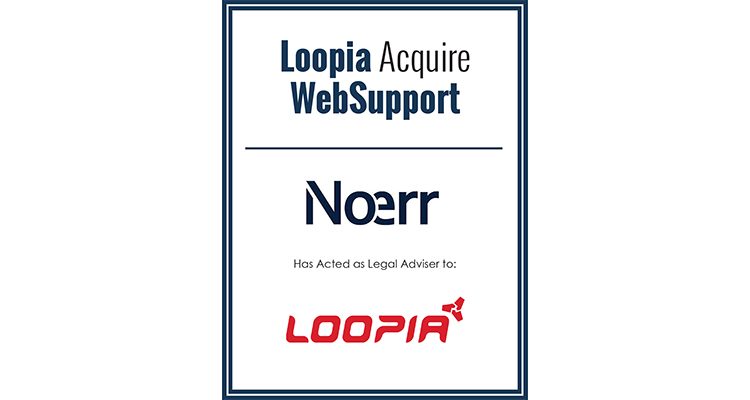 With over 800,000 domains under management, Loopia is one of Sweden’s largest web hosting companies. The many awards it has won include “Sweden’s best web hosting”.

With support from Noerr´s team of advisers from the Bratislava and Budapest offices, Loopia acquired 100% of the shares in WebSupport s.r.o. from Trantor Ventures GmbH.

The acquisition of WebSupport s.r.o. is another step in Loopia’s expansion strategy for continually increasing its web hosting services in Central Europe.

The Slovak part transaction was headed by Noerr´s corporate/M&A expert, Martin Ťupek. Among his major deals, Mr Ťupek has been involved in projects as diverse as mergers in electronic manufacturing services, takeovers in the refrigeration compressor industry and air carrier services, and real estate joint ventures. Over the last five years, Mr Ťupek has supervised the Bratislava team and helped complete deals worth more than €800m.

Pavol Rak head of Noerr’s Bratislava office commented: “This was an important transaction where both sector knowledge and cross-border transaction experience played a part in making it a success. It is for us a significant step to moving closer to clients and the Digital Business market.