Whether it’s biotech, IT or cosmetics, the business world is full of successful and inspirational women. 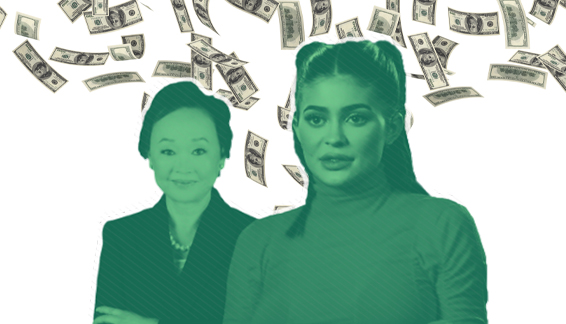 RS Components looked at some of the world’s richest women who saw net worth increases between 2018 and 2019 to see how long it took them to earn your wage. So which females are leading the way in business?

At aged 72, Diane Hendricks is the richest self-made woman with a net worth of $6.3 billion. Diane made her billions as Chairman of ABC Supply, a wholesale distributor of roofing.

Thai Lee is the second richest self-made woman with a network of $2.1 billion and earns $1,369,863 per day, which is 24 times more than the US average yearly salary.

Thai is the CEO of SHI International, a leading IT provider which she founded in November 1989 aged 31.

The youngest self-made woman is Kylie Jenner who earns $190 every minute. Aged just 22, Kylie is already worth $1 billion. She launched her successful cosmetics company, Kylie Cosmetics in 2015.

How does your salary compare to the richest self-made women? Use RS Components’ new interactive tool to find out how long it would take them to earn your salary.