The Economic Growth of the Gambling Industry in Recent Years

Generating over 2.3 billion towards the UK GDP, the British gambling industry is becoming more successful year on year. As a significant part of the UK economy, the gambling industry currently supports around 40,000 jobs, and with a total economic footprint of £5 billion, it doesn’t look like the industry will be slowing any time soon. 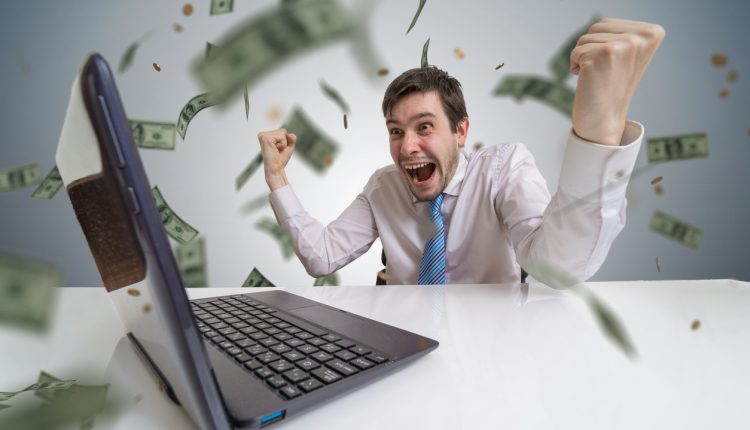 Whilst there have been several laws and legislation put in place lately that work against the gambling industry, Operators seems to be rather resilient and increasingly resourceful in their attempts to keep their businesses thriving. Let’s find out how the gaming economy has been doing recently…

The economic growth of console gaming

Console gaming has played a huge part of the gaming industry’s success in recent times. Whilst the flexibility and transportability of laptops, IPads and smart phones make these gadgets one of the top platforms for gaming and gambling, traditional gaming consoles still seem to be widely popular.

As of 2018, the global gaming market was estimated to be worth 28.5 million US dollars, showing a 4.9% growth compared to 2016. Of this figure, the Wii Sports console sold a grand 82.65 units globally, making it the all-time best selling console game as of March 2018. Topping this figure, PlayStation 2 sold 157.68 units as of September 2017, making it the most popular video game console around the world.

Research also shows that not only are we a globe of gaming console lovers, we are becoming increasingly more serious about gaming, with many young people now even making a living out of it by producing vlogs and blogs on their gaming activity. Jon Peddie Research of 2017 states that 43% of the worldwide gaming PC and accessory sales revenue are from high-end gaming PC’s, whilst only 22% of PC and accessory sales are from entry-level gaming PC’s.

The growth of the online gaming world

Of all the growing gaming enthusiasts around the world, NewZoo Data shows that of the 36.6 million gamers in the UK, 3.1 million of these are esports enthusiasts. Much of this esports gaming activity can be attributed to big global tournaments such as the League of Legends world championships and the CSGO ECS finlas. However, at a grassroots level there are many national events including the UK ESL Premiership and Masters and Multiplay Insomnia events that are starting to gain traction. These games usually have a prize pool of around £10,000 to £20,000 in size.

Whilst there were 112 major esports events in 2015, with a total prize money reaching $61 million, statistics suggest there has and continues to be a 70% year on year increase.

In addition, of the £4.5 billion generated from online gaming in the UK, a whopping £155 million of this comes from online bingo. Whilst traditional board based bingo is still popular throughout the UK, it seems online bingo is able to offer some incredibly innovative features in the online form, from mini games and prizes to movie themes and beloved TV and film characters, making online bingo extremely famous and rather profitable.

Is Buying Gambling Stocks a Safe Bet in 2020? Here’s How Casinos Make Money

Competition is on the rise for the online gaming Industry

With the online gaming sector now booming and prospects being incredibly promising, operators are beginning to live in a constant state of stress as they fight for the highest position on Google. Faced with extreme volatility of consumer habits and the sheer volume on online gaming operators, businesses are now entering into a commercial war where they must develop business strategies that are as inventive as there most popular game scenarios.

Gambling Commission Programme Director, James Green comments: “Our latest statistics show that with the growth in online gambling the industry is increasingly taking a creative approach to using technology to engage consumers.”

Online gambling is still on the increase; with statistics from the UK Gambling Commission showing that lottery sites have seen a 22% increase in sales since 2013 and sports betting rising just over 50% in 2013 to 68% in 2016.

One of the ways online operators are dealing with the highly saturated online market is by coming up with a variety of promotions to entice eager online bingo enthusiasts to choose their site. From free spins to loyalty point systems and no deposit bingo, it can be incredibly difficult for consumers to work their way through he maze on online gaming sites. This has given rise to a whole new sector of the industry where bingo affiliates are enabling customers to navigate their way to the best sites. Affiliates such as BingoPort provide a comprehensive guide of the best online gaming sites with features including star rating systems, trusted reviews and general reports of the site which empower the consumer to make the best decision for both their purse and their enjoyment.

A shift in cultural views

One of the main reasons for the continued economic growth within the gaming industry is the wide reach the industry now has thanks to the 21st centuries technological developments.

With over 4 Billion people around the world now using the internet, there is a more diverse pool of people able to access online gaming platforms. Whilst the likes of slot games and online bingo used to be reserved for the older generations as a way of passing time in residential homes and community halls, these games are now popular with many younger generations who choose to play these games from the comfort of their own homes.

In the past, government and state regulators evoked a rather unfavourable view of gaming and gambling. However, over time and especially in Europe, regulations have become less restrictive on the industry and have resulted in more operators. This has created healthy competition amongst businesses as well as increasing the appeal for new and innovative start-ups to join the industry, ensuring that the online gaming sector will be around and supporting our economy for many years to come.