Has California Lost Out to North Carolina for Tech Investment?

The United States still has a great magnetism for British engineers, yet the nation’s traditional tech strongholds are facing serious competition from underdogs in the unlikeliest of places. 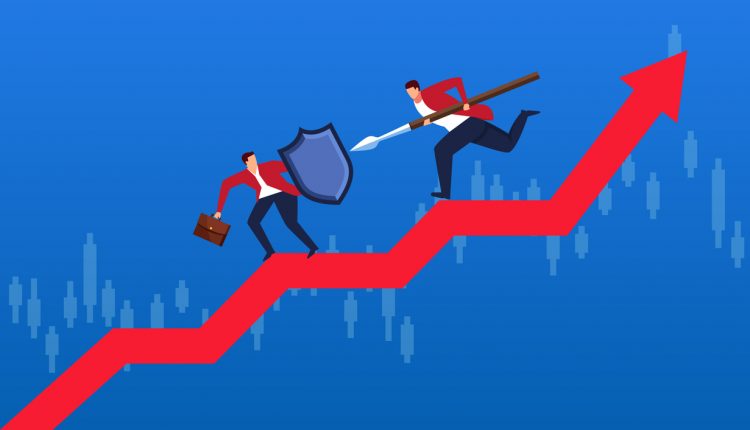 At least that is according to CompTIA, one of the world’s leading tech associations. Below, Jessie Dean of Oakmount Partners Ltd, an investment consultancy firm from the UK, discusses the complex tech-scape in the US.

True, San Francisco in California and the wider Silicon Valley area still provide the greatest number of vacancies and opportunities for Brits looking for career opportunities in the US, but it is North Carolina who CompTIA seems to think is serving expats with the best options. More specifically, the cities of Raleigh and Charlotte — both of which are part of the ‘Research Triangle Region’, an area known for its excellent tech and scholarly institutions.

Great plains instead of great beaches

California is the land of dreams. It’s everywhere, thanks to the success of Hollywood, in popular culture and imagination. Long stretches of golden coast; redwoods a thousand years old, and great cities packed with our favourite celebrities. North Carolina is different. If the average Brit was asked to conjure up images of North Carolina, it would probably represent something like a large red barn, isolated in an expanse of large overgrown agricultural fields.

So what is attracting the attention of CompTIA, and of British tech expats?

The shift back east is largely due to the quality of life that North Carolina can provide, and the greater disposable income that it provides.

True, San Francisco, Silicon Valley (that includes San Jose, Santa Clara, and Sunnyvale) still pay the best wages. The median salary for an IT worker in San Jose is over $122,000 per annum. But the cost of living in this area is a whopping 43 per cent higher than the national average.

The same IT worker might stand to make somewhere between $83,000 and $88,000 in the Research Triangle, but the cost of living in North Carolina is actually below the national US average — for now. What this means is, even with the pay cut, a job in North Carolina will land you more money in your pocket at the end of the month to spend on whatever you want.

Big Tech and finance investment is soaring in North Carolina

The shift to North Carolina isn’t all about walking away with more money. Big Tech itself is investing in new areas, including IBM, Cisco Systems and even possible Amazon and Apple. There is also an increasing number of companies who are expanding their operations into North Carolina from the finance and consultancy sector. Including a number of big and increasingly digitised firms such as Wells Fargo, Accenture and Bank of America. The allure comes from tax breaks and other regional benefits — such as the wealth of talented students from the increasingly influential universities: powerhouses such as UNC Chapel Hill and Duke University. North Carolina is also a grand place to acquire local cost-conscious start-ups.

Is California’s time in the sun at an end?

San Francisco is one of the most expensive cities in the world. Living space is extremely limited — with the City located on a small peninsula out into San Francisco Bay. The local government won’t even build upwards, in the form of skyscrapers, as they do not want the views to be spoiled by the City’s less lofty residents. It is becoming hard to ignore that many of the positive factors about living in California — the weather, the good colleges — are now counting against it.

Then there is also the massive problem of homelessness. In some of the City’s poorer boroughs, such as Tenderloin, huge gangs of homeless openly inject with needles in broad daylight; take hallucinogens, and make some roads impassable at night. All of these factors, above and more may account for the fact that, according to CompTIA, more residents left San Francisco than any other city in the last quarter of 2017.

The current shift of power also has echoes in the not-too-distant past of America’s history. Boston was once a the ‘traditional tech centre’, and is now the 17th most desirable destination for tech expats, despite the City being within the commuter belt of Harvard, MIT, and other world-famous and prestigious institutions. A typical salary in tech for a Boston employee is a much lower $94,000 than in Silicon Valley, but the costs of living are still 35 per cent above the national average. Other ghosts of the past include Washington DC and Baltimore.

Though it is worth remembering that San Francisco still has plenty of vacancies for engineers willing to pay the high costs of living. So California’s role to play in tech is far from over. The balance will not shift overnight, and it was always inevitable that some other location would come to challenge it in time. For now, it is still wise for British expats to heed the old advice, to “Go west, young man”. Just not as far west as was typically expected.