Nearly all industries should see a bounceback in 2021 from a massive 2020 falloff because of Covid-19. We take a look at six industries poised for massive rebounds. 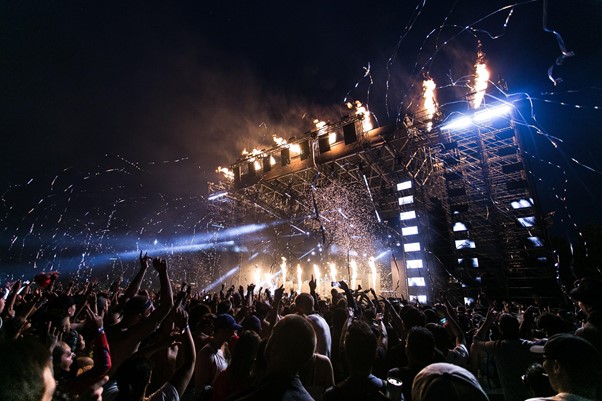 We all know how difficult the COVID-19 pandemic has made things throughout the world. Nobody has been unaffected. Almost all industries have been dramatically impacted by the crisis, which has left millions of people out of work. While the beginning of 2021 looks to continue to be rough, with Q1 being another lost quarter for many industries, the rest of the year looks promising for a huge resurgence.

Nearly all industries should see a bounceback in 2021 from a massive 2020 falloff. However, we’ll focus on six industries that seem poised for massive rebounds.

The construction industry was absolutely decimated by the pandemic. Many factors affected the drop in the industries stake during 2020. With industries across the board struggling, many planned expansions were halted. Instead, companies diverted funds to help stay afloat rather than grow. Many construction projects were abandoned, either temporarily or permanently.

In addition to the halted projects, few people were looking to start new projects. With so much uncertainty, even organizations that weren’t brought to the brink weren’t likely to attempt to grow. Client bases were likely to be greatly diminished to non-existent due to potential buyers being out of work.

Another reason for the lull in the construction industry was that with so many businesses closing, the few companies that were looking to expand were likely to move into a previously occupied space. While there might be some construction called for in these cases, the projects were far smaller and finished much quicker than building a new facility from the ground up would have been.

With a likely rebound in industries across the board beginning in spring of 2021, expect a fresh need for the construction industry to get back to work.

Live events nearly came to a standstill in 2020. Outside of protests and political rallies, large gatherings and even small gatherings pretty much ceased to exist. Fortunately, this is one industry that should come back with a vengeance later in the year. People have been isolated from friends and family, they have been working from home, and they haven’t been to a party in forever. When getting together is deemed safe, expect big gatherings.

This will have an impact on every aspect of the economy that gets a boom from live events. Venues will clearly win big with pretty much guaranteed full bookings and sold out events once things return to normalcy. Other industries like hospitality and transportation will see a big boom as out of towners come to these events. The big sporting corporations will obviously get a big boost from being able to sell seats at full capacity.

Event planners, large and small, will see their services in full demand. Whether planning small gatherings of a handful of people or festivals that attract thousands, all types of event planners will be needed. Insurance companies that sell event insurance will also see a boost as this type of insurance has largely gone unpurchased over the past year.

Social calendars will likely be packed full from late spring onward. Artists will crowd the road to return to performing live concerts. City halls will be packed with people who have been waiting to tie the knot. Whether family, friends, schools, or any other type of group, expect reunions aplenty. Employers hoping to raise employee morale after a very difficult year will plan all sorts of retreats and outings. There will be no shortage of events in 2021.

People are going to want to travel again. The world is suffering from a near-universal case of cabin fever. The best solution for that is to get out of town. People will likely be traveling in record numbers once it is safe to do so. While many hotels and other accommodations were forced to shut their doors for good during the pandemic, those that make it through should find an abundance of riches on the other side.

With such a high demand for accommodation and a narrowed competition pool, hotels can expect many nights of turning away guests due to no availability. Those able to time things just right could find the perfect moment to enter the hospitality industry and turn a profit immediately.

As mentioned, people will be looking to travel once they can. Expect the skies to be full and freeways to be crowded. Between border closures, lockdowns, high unemployment rates, and countless restrictions to the kinds of things that people look for in a vacation, people have generally been staying put this last year. Nomads are becoming restless and will look to be on the move as soon as possible.

Food and drink service was one of the hardest-hit industries. However, bars and restaurants that managed to make it through the pandemic should be facing a new type of dilemma later in the year. Making sure they don’t violate fire codes by being overcapacity.

Some restaurants were able to adjust to the pandemic well enough to keep from being hit too hard with takeout options. However, many restaurants simply aren’t suited well enough to make it in the world of takeout. Restaurants relying heavily on their atmosphere for their appeal and fine dining venues had a difficult transition.

Bars in many parts of the country were completely helpless, with a takeout model not really a possibility for them.

While due to financial concerns, not everyone who wants to go traveling will have that option, most people will be able to start going out to a bar or restaurant again. Nearly everyone will be looking to hit the town.

Many theaters had to close down entirely for parts of 2020. Once able to fully reopen, movie theaters are going to have a lot to work with in pulling in big crowds as many big event movies have been sitting on the shelf awaiting a theatrical release rather than going straight to streaming. Movie theaters can expect a huge influx of top-grossing films to fill their seats on a daily basis in 2021.

A Welcome Return to Normalcy

These are far from all of the industries that were negatively affected by the last year. It has been tough all around. Fortunately, these industries are far from the only ones expected to have a nice recovery later this year. People can expect a general rebound of the economy all around. It may take a little while to get back to the levels the country was at pre-pandemic, but we can certainly expect a strong move in that direction.