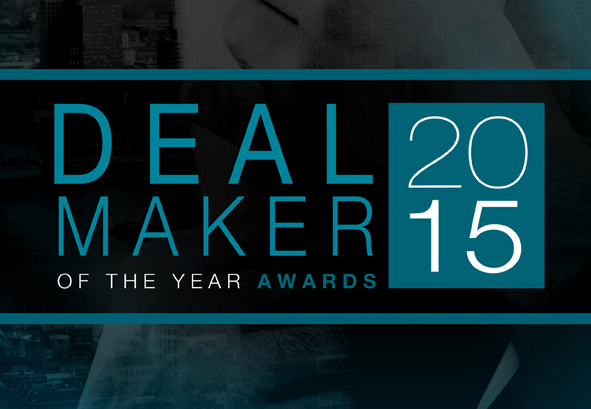 Finance  Monthly  is  pleased  to  announce  that  the  official  publication  of  its  annual  Deal Maker Awards  edition  for  2015  is now available online. Finance Monthly’s Deal Maker awards acknowledge and reward excellence in corporate finance transactions completed in 2015. The Deal Maker Awards recognise corporate finance specialists, lawyers, bankers, deal transaction support, entrepreneurs, asset based lenders, private equity and award Deal of the Year, Acquisition of the Year, Investment deal of the Year, MBO/MBI/IBO of the Year, and Sale of the Year. It is expected that 2015 will end with over $4 trillion worth of deals making it the highest for deal values since 2007, so it is a great time to celebrate.

This year’s Deal Maker Awards are truly global, with winners ranging from KPMG in the UK, Stanbic IBTC in Nigeria, Lloreda Camacho & Co. in Colombia, Veritus Legal in India, and Deloitte in Germany.

Every year Finance Monthly’s research team and dedicated judging panel conduct extensive industry research, working tirelessly to use the information at their disposal to identify those transactions that deserve recognition. The end result is a special awards publication that contains some of the most successful and trusted firms and individuals from across the globe.

Editor-in-chief, Mark Palmer commented: “The availability of cheap finance has seen total deal volume, and in particular mega-deals, reach new highs in 2015. There can be no doubt that confidence is high amongst investors, with sectors such as Oil & Gas, Pharmaceuticals and Construction all demonstrating increased activity over the past twelve months. The Finance Monthly Dealmaker Awards 2015 reflect the increased appetite for deal-making and this special edition is a testament to the talent and hard work of all those involved.”

At Finance Monthly we are proud to present our 2015 Deal Maker Awards, a celebration of those who have performed to the highest possible standards, demonstrated commercial excellence and have successfully achieved results.