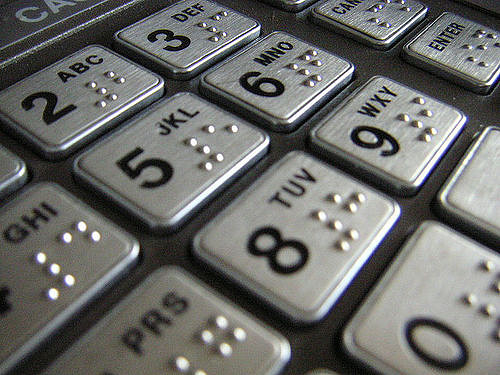 PwC’s UK and South African firms complete African Bank financial restructuring African Bank has completed its financial restructuring with a ‘good bank’ and ‘residual bank’ emerging from curatorship (a process similar to a UK administration), following the completion of a deal led by PwC’s South African and UK firms today. The value of debt restructured is in the region of 60 billion Rand (nearly £2.7 billion).

On 10 August 2014, after a series of unexpected impairments to its loan book, loss of capital and hence investor confidence, African Bank was placed under curatorship with Tom Winterboer, Financial Services Leader for PwC Africa, appointed as the curator. Mark Batten was the UK lead on the deal and UK business recovery partner at PwC.

In the periods up to and post curatorship a number of PwC’s UK restructuring team, together with PwC’s South African firm worked to assess the situation and develop a rescue plan, leveraging the UK teams significant experience of working with financial institutions in distress. David Gard, PwC’s Chief Restructuring Advisor to the African Bank group, commented: “PwC’s UK restructuring team worked alongside the South African firm to develop the restructuring plan that sees the old bank split into a ‘good bank’ and a ‘residual bank’. The ‘good bank’ or new African Bank will be well capitalised and able to compete as a key player in the South African retail banking market.

“The curatorship was an essential tool to create operational stability and time to optimise the resolution plan. The proposed restructuring saw over 95% of the senior creditors accept the proposal in which they agreed to an effective 10% haircut with 90% of their debt being exchanged for similar instruments in the new African Bank. The structure implemented ring fences new capital from possible historic problems and leaves the new African Bank in a strong position to support growth.”

David Gard, Chief Restructuring Advisor, African Bank on behalf of PwC UK, led the implementation of a complex restructuring of African Bank following a period of decline. Here he talks toFinance Monthly about the deal and his involvement in more detail.

African Bank, as a new bank, successfully relaunched on the 4th April 2016 after a challenging restructuring. I have led the restructuring of African Bank since June 2014.

African Bank is one of the largest unsecured lenders in South Africa, and suffered a period of decline from poor lending that culminated in a liquidity crisis. Considered a systemically important bank due primarily to the extent of wholesale funding it received, the South African Reserve Bank (“SARB”) and leading banks of South Africa assisted a resolution that separated the viable core of the business into a newly formed banking group.

To implement the supported resolution TomWinterboer, Financial Services Leader for PwC Africa, was appointed curator of African Bank. Curatorship is a pre-insolvency financial services resolution tool in South Africa, which provides protection from creditors whilst the resolution is implemented.

The PwC team has subsequently led the implementation of a complex restructuring of the bank, including :

• the creation of a new banking group including new bank and insurance businesses,

• changing the Banks Act in South Africa to provide needed flexibility to deliver the resolution,

• the development and implementation of a rather complex creditor exchange offer for circa Rand 60 billion in debt to give effect to the developed resolution, which received over 95% creditor support across a significant number of different creditor groups in SA and internationally

• establishing new listed debt on JSE, LSE and SIX, including Basle 3 compliant subdebt. • the injection of Rand 10 billion in equity into the new bank group, including from the SARB and leading six banks of South Africa.

• Managing the operations and operational improvement of the bank during the resolution.