Charles Schwab on the US Market

“…the recent rally appears to us to be healthier than previous runs we’ve seen in recent history.” 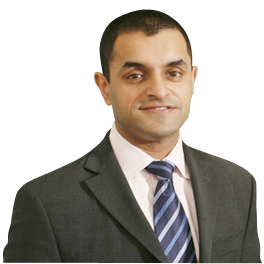 Stock indexes have moved out of the range they were stuck in for over a year, but was this recent rally justifiable and will it resume?  In short, our answer is yes on both accounts, with some caveats of course!

The recent rally appears to us to be healthier than previous runs we’ve seen in recent history. This move has been characterized by improved breadth, meaning a greater number of individual stocks participated in the rally. Ned Davis Research (NDR) notes that during the rally since June 27th advance/decline measures have reached levels not seen since 2009. Breadth doesn’t mean that the rally can’t fail or that it will necessarily continue for a certain amount of time, but it does indicate to us greater staying power as the gains are spread out among a broader range of companies. Additionally, to us it is also encouraging to see what has the led the recent move higher in terms of sectors.

More cyclical sectors such as materials and technology, along with the economically sensitive financial sector, have been the leaders, while the more defensive groups such as consumer staples, telecom, and utilities have lagged. In contrast to some previous moves higher when defensives led the way, having sectors more exposed to economic conditions take leadership positions indicates to us greater confidence among investors and more willingness to move out the risk spectrum. To further differentiate this recent move higher from previous ones is the apparent decoupling between oil, which entered bear market territory after the recent fall, and stock prices that we may be seeing, which is positive to us as lower oil prices should help to bolster consumers, and thus stock prices.

Of course, we don’t want investors to move out of their risk tolerance ranges and we continue to maintain a neutral outlook on stocks, expecting modest gains over time but with bouts of increased volatility and pullbacks. Volatility has come down substantially, and to us and based on history, that doesn’t seem likely to last for an extended period.

Risks remain. First, similar rallies have typically lead to investor optimism reaching excessive levels, as it did recently according to the NDR Crowd Sentiment Poll, which raises the risks for a near-term pullback. Additionally, according to ISI Evercore Research, August has been the second worst performing month since 1998. On a more fundamental basis, valuations still appear modestly elevated to us amid uncertainties that include the impact of negative interest rate policy being conducted by central banks in countries that make up 30% of the global stock market. Finally, we are slightly concerned by the level of household net worth as a percentage of disposable income, which has reached a level at or above the last two asset bubbles (tech and housing). We’re not saying we’re in for the same kind of blowup that we saw after those two occurrences, but it does warrant attention.

But we remain relatively optimistic the current bull market will continue for the foreseeable future in large part due to the improvement in economic data that we’ve seen. The housing market is continuing to look healthy, with new home sales rising another 3.5% in June.

Additionally, consumer confidence remains relatively healthy according to the Conference Board, likely due at least in part to a continued healthy job market. Initial jobless claims remain low, while the labor report showed another 255,000 jobs were added in July while the previous two months were also revised higher, and the unemployment rate remained at a low 4.9%. This has helped to move wages higher after years of largely tepid or nonexistent gains according to the Atlanta Fed Wage Tracker, which could have aided the recent move up in the retail sales estimates for 2016 by the National Retail Federation.

This doesn’t mean the economy is off to the races as the business community remains relatively cautious, despite a largely better-than-expected earnings season. We saw this illustrated in the recent 2Q GDP report which showed growth rose a disappointing 1.2% on an annualised basis. However, personal consumption rose a healthy 4.2%, the best since 4Q of 2014, but business fixed investment fell 2.2%. One potential positive development for the future that hurt this reading was a drop in inventories of 1.2%, which could bode well for the current quarter’s growth.

Manufacturing remains especially tenuous, with a stronger dollar not aiding the situation. While there have been some nascent signs of improvement, with non-defense capital goods ex-aircraft orders (a cumbersome name for what amounts to core orders for business equipment) rising a very modest 0.2%, while the Institute for Supply Management’s (ISM) Manufacturing Index continued to hover near the contraction/expansion mark, coming in at 52.6. However, these are modest positives and the much larger service side of the economy looks to remain relatively healthy with the ISM non-Manufacturing Index dipping only slightly to a still solid 55.5, while the new orders subcomponent, often a leading indicator, rose to a strong 60.3.

In the midst of this cacophony of data, as well as ongoing global uncertainties, the Federal Reserve chose to keep monetary policy unchanged, matching investor expectations. However, they did upgrade their assessment of the financial situation through their statement, and had enough positive things to say about the economy to put the possibility of a hike at some point in 2016 firmly back on the table. And that possibility, along with the uncertainty that is a hallmark of the Fed as of late, will likely contribute to the bouts of volatility mentioned above.

Getting back to earnings, during the second quarter reporting season, companies both in and outside the United States are generally exceeding analysts’ estimates. Of course, since earnings per share estimates largely came down over the course of the quarter, the pattern of most companies beating estimates as results have been reported is typical of most earnings seasons. More interestingly, when we step back from the seasonal pattern we can see that after about two years of declines a rising trend in earnings estimates appears to be emerging. This rising trend is evident not merely over the past three weeks of earnings reports, but over the past five months.

In fact, analysts’ outlook for earnings per share of global companies over the next year is the brightest it has been so far this year and may be helping to support stock prices.

The recent rally has stalled a bit but we think the make-up of recent gains bode well for the potential for a continuation. Earnings both here and around the world have bested estimates but they are vulnerable to potential economic growth slowing. There will be pullbacks and an increase in volatility in our view, with August being a typically tough month for stocks as of late, so investors should remain patient and stick with their long-term asset allocations.

International investments are subject to additional risks such as currency fluctuations, political instability and the potential for illiquid markets. Investing in emerging markets can accentuate these risks.

The information provided here is for general informational purposes only and should not be considered an individualized recommendation or personalized investment advice. The investment strategies mentioned here may not be suitable for everyone. Each investor needs to review an investment strategy for his or her own particular situation before making any investment decision.

All expressions of opinion are subject to change without notice in reaction to shifting market, economic, or geopolitical conditions. Data contained herein from third party providers is obtained from what are considered reliable sources. However, its accuracy, completeness or reliability cannot be guaranteed.

Past performance is no guarantee of future results. Forecasts contained herein are for illustrative purposes only, may be based upon proprietary research and are developed through analysis of historical public data.

Rebalancing may cause investors to incur transaction costs and, when rebalancing a non-retirement account, taxable events will be created that may increase your tax liability. Rebalancing a portfolio cannot assure a profit or protect against a loss in any given market environment.

The Atlanta Fed’s Wage Growth Tracker is a measure of the wage growth of individuals. It is constructed using microdata from the Current Population Survey (CPS), and is the median percent change in the hourly wage of individuals observed 12 months apart.