‘Naming and Shaming Multinationals is Not the Answer’

“The recent amendment to the UK Finance Bill 2016 to include enabling legislation that would require companies to publish a ‘country-by-country report’ (CbCR), showing where they paid their taxes and earned their revenues, is nothing more than an ineffectual naming and shaming exercise,” says Miles Dean, Managing Partner, Milestone International Tax. “If countries do adopt […] 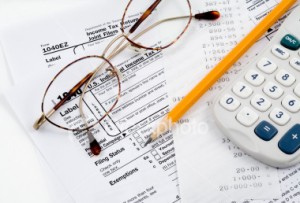 “The recent amendment to the UK Finance Bill 2016 to include enabling legislation that would require companies to publish a ‘country-by-country report’ (CbCR), showing where they paid their taxes and earned their revenues, is nothing more than an ineffectual naming and shaming exercise,” says Miles Dean, Managing Partner, Milestone International Tax.

“If countries do adopt CbCR, what purpose does it serve? It would show that countries like Luxembourg and Ireland aren’t interested in Corporation Tax – they want bums on seats; they want jobs that produce income, that generates income tax receipts, and that gives rise to consumption, thus producing VAT receipts. This begs the question: is Corporation Tax necessary? Is it the solution, or is there an alternative? Maybe Ireland and Luxembourg are ahead of the curve on this one.

“What gets missed in all of this brouhaha is the fact that whatever tax is suffered by a multinational enterprise (MNE) is ultimately passed on to the consumer: Vodafone, Starbucks, Amazon, Boots, Shell, Apple etc., would simply increase the price of their product to protect their bottom line.

“What CbCR would undoubtedly show up is that the US tax system is to blame for much of the corporate tax ‘abuse’. An outdated, not fit for purpose Controlled Foreign Companies (CFC) regime, coupled with the ‘Check the Box’ election, no exemption for foreign dividends, and pliant treaty partners like Luxembourg and Ireland (who can’t compete unless they drop their Corporation Tax aspirations), and you have the perfect (tax) storm: very low effective corporate tax rate and long term tax deferral (there being no incentive for the likes of Apple to repatriate their profits to the US).

“The UK and other countries can bleat about how unfair it is that Ireland and Luxembourg are gaming the system, but HMRC could have policed its treaty network better, including invoking anti-abuse provisions in its treaties (Limitation on Benefits).

“Earlier this week Caroline Flint MP said: ‘Today is a victory for fairer taxation. A victory for openness, and a clear message to those global corporations that shift profits to low tax havens, that we expect them to play by the same rules as every other business.’”

“But which UK MNE’s is she concerned about? She probably can’t name one UK MNE that she thinks these new rules will apply to or affect. The simple reason for this is that it is US MNE’s and their legitimate tax planning (which they have employed in reaction to the laws set down by their legislature), that is the focus of most attention, and which has skewed the debate. There is no political will in the US to change the status quo, nor is there any evidence that the US will kowtow to the OECD. So the campaigners and MP’s can holler all they like, but CbCR isn’t going to change a great deal.

“The other problem is that the expectations of the likes of Flint will never be met – to suggest a domestic company is the same as a MNE is Alice in Wonderland stuff – either genuinely stupid or wilfully blind. MNE’s are hugely complex enterprises and, like it or not, have the ability to locate operations, risks, staff, manufacturing, etc. wherever they like and wherever they can get the best deal. Period. That’s life and that’s choice. What the campaigners really want is to remove choice.”