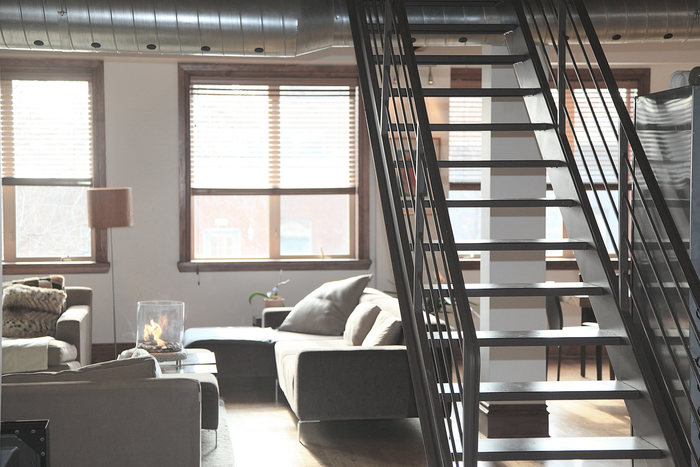 The next CEO Awards winner that we reached to is Árpád Török – the CEO of TriGranit. The Hungary-based company is one of the largest, fully integrated real estate platforms in Central Europe, focusing primarily on quality retail and Class “A” office  buildings  in  strategic urban locations. TriGranit conducts a full spectrum of real estate activities, including acquisition, development, construction, as well as property and asset management. In its two decades of operation, TriGranit has developed nearly 50 landmark projects creating 1 million square meters of GLA in seven CEE countries and has won more than 40 highly prestigious international awards.

We asked Mr. Török about the current real-estate market in Central Europe, as well as about the benefits  and  challenges  of  being  the  CEO  of  a company which operates in a whole region, rather than just one country. CEOs are well-positioned to lead and change the culture of a company.

What goals did you arrive with as CEO of TriGranit?

I have been the CEO of TriGranit for the last 7 years which means that I started this position straight after the global economic crisis. At that time, we were faced with a number of tasks – to restructure the company, streamline  it  and  make  it  more  effective  in  order for it to respond to the challenges of the markets at that time, which included lower liquidity and less opportunities. However, it is my belief that for the last seven years we managed to continuously work towards our development,  disposals  and  refinancing.  A  large milestone in TriGranit’s history was selling TriGranit to TPG Real Estate last year. Since then, TriGranit has one shareholder instead the earlier mixed shareholder base, which has made a huge difference to our business.

What were some of TriGranit’s major achievements in the past twelve months?

Selling the company last year and bringing in a new  shareholder  was  definitely  a  future  defining momentum both for us and for the company. In the last 10-11 months since then, we have introduced a lot of new policies which structured the company and made it more institutional. We also completed two major transactions – one in Poland where we sold the shopping mall Bonarka City Center and one in Budapest which included the selling of the Millennium Towers. Both of these transactions were significant on their own since the volume of Bonarka City Center in Krakow was an excessive €360m, which is the largest single asset transaction in Poland so far in 2016. While parallel to that, by selling the Millennium Towers, we completed the largest ever office transaction on the Budapest office market, both in terms of volume and value. In the meantime, we managed to complete the 6th building  of  the  Bonarka  for  Business  (B4B)  office complex  in  Krakow,  adding  10.000  sqm  GLA  office space to Krakow. Building G, the 7th building will be completed in Q1 2017 and is already fully leased. In addition to this, during these past 10 months, we have been making preparations on an office development in Budapest,  the  Millennium  Gardens,  offering  35.000 sqm GLA office space on the Danube bank. The next phase of the B4B complex, Bulding H is also currently under preparation. Meanwhile, we have also naturally looked at a number of acquisition opportunities.

TriGranit is one of the largest fully-integrated, privately-owned regional real estate investment, development and management companies in Central and Eastern Europe – how did it develop into the company that it is today?

TriGranit was formed in 1997 as a joint venture between a local Hungarian developer and a Canadian company and is turning 20 years next year. Although the company originally started off in Budapest, it very quickly went beyond the borders of Hungary and extended into Slovakia, Poland and the entire region. In the past 19 years, we have successfully completed developments in 7 countries across the region with an  overall  value  of  €2.5b.  The  projects  have  mainly included regional and city centre retail developments and office buildings, while we have also completed a number of residential developments in Hungary and Poland. Despite  the  fact  that  TriGrant  was  solely  a development company originally, as we were growing and expanding, we also began maintaining and managing our projects. Today, TriGranit is a fully integrated real-estate platform, conducting a full spectrum of real estate activities.

What  are  the  benefits  of  working  in  Central and Eastern Europe? Is it a favourable place to do business, particularly in relation to real estate projects?

The fact that the company was established in the mid-90s gave us the opportunity to row, as the Central and Easter European markets were growing and become more and more sophisticated, as the markets were becoming more sophisticated. This region has created more opportunities for real estate companies in the past 20 years than Western Europe has, since companies like TriGranit were allowed to be actively involved in the process of building the real estate market. The lack of products available when we entered the real estate sector, was back then one of the benefits of operating in Central and Eastern Europe. I believe that the region still has very strong fundamentals, which is illustrated by the GDP growth or consumption growth that continuously outperform the Western Europe region – not in absolute numbers, but percentage-wise.

What does a typical day in the office look like for you? What are some of the day-to-day challenges of working for TriGranit?

I don’t really have a typical day in the office because although  my  office  is  in Budapest,  we  have  offices in Warsaw, Krakow and Bratislava and I do travel a lot. In general, beneath I manage all tasks and responsibilities of a classic chief executive officer like defining the overall strategy of the company in close cooperation with the shareholder, preparing new developments or overseeing the projects’ profitability, I try to take part in the more operative activities of our business also simply as I like it. In case of e.g. acquisitions I regularly travel with my colleagues to site visits, or I take part in leasing strategy developments as well. Of course, I give my colleagues free hand, but on the other hand I believe in team work.

What  motivates  you  most  about  working within the real estate sector?

Real estate is one of few sectors that continuously impacts our day-to-day life. Here at TriGranit we create a tangible product, since the most important thing that we take into account when developing a building is that it will remain in this particular place enduringly, having a direct impact on the certain area and the certain town. An example that highlights the fulfilment  of  our  projects  is  contributing  to  turning rundown areas into thriving city centres – something that TriGranit has previously done. Seeing buildings that I have helped develop 20 years ago, which are still operating, is the biggest reward for me.

Can you detail any current projects that you are  working  on?  What  are  some  of  the  key issues that you are facing in the process of assisting with them?

We  intend  to  launch  further  office  developments  in Hungary and Poland next year and obviously, we are looking at acquisitions of operating assets and new developments. Unfortunately, I can’t really disclose any information about these projects since we haven’t secured them yet.The key issues of assisting with projects are always the same – trying to be ahead of the market, trying to be faster than the market and being able to put together a project which will eventually be successful (which doesn’t mean that it will be secured). It is vital to actually manage to lease those projects and perhaps even dispose of them, since this is when you see a clear result, while in the meantime you get returns on your investments.

Investors Keen on SDLT Holiday, But Wary of Government’s Handling of COVID-19

Let’s Be Optimistic About Bricks and Mortar Investment