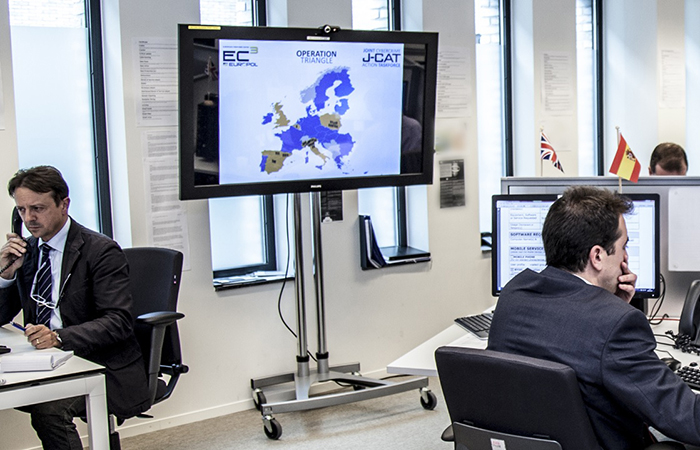 Across Europe, 580 money mules were identified and the national law enforcement agencies interviewed 380 suspects in the course of the action week (14-18 November 2016), with overall reported losses amounting to EUR 23 million. During the week of the joint action, Eurojust and Europol set up a command post and a judicial coordination centre to assist the national authorities, cross-check all incoming data against the databases and collect intelligence for further analysis. Europol also deployed mobile offices to Italy and Romania. The successful hit on this wide-spread crime was supported by 106 banks and private partners.

The second EMMA action week is the continuation of a project conducted under the umbrella of the EMPACT Cybercrime Payment Fraud Operational Action Plan [1] and was prepared through two coordination meetings at Eurojust and one at Europol. This priority area targets perpetrators of online and payment card fraud. From all reported money mule transactions in the scope of this operation, 95% were linked to cyber-enabled criminal activity.

Building on the success of the first EMMA operation, the second coordinated action banded together new partners among the police, judicial bodies as well as the banking sector. Starting today, the fight against money muling is underscored by a four-day prevention campaign in the participating countries. The multilingual communication campaign aims to raise awareness about the consequences of this crime both to the international, as well as the national audiences [3].

Michèle Coninsx, President of Eurojust, said: “To effectively tackle money mules, we need seamless cross-border cooperation among judicial and law enforcement authorities with the private actors. It is important to understand that money laundering may on the surface seem to be a small crime, but is orchestrated by organised crime groups, that is what we need to inform the public about. Therefore, the European Money Mule Action II is paramount to stop people being lured and recruited into aiding serious crime, to break this crime link, by being aware of who is behind this type of crime.”

Koen Hermans, Assistant to the National Member for the Netherlands, commented: “As money mules are an essential chain in every financial cybercrime criminal organisation, it is of the utmost importance to target these individuals as well. The critical success factor in this highly effective money mule action is the close cooperation between private, law enforcement and judicial actors, in order to deter offenders in Europe, and thereby reduce crime.”

Steven Wilson, Head of Europol’s European Cybercrime Centre, said: “The European Money Mule Action is a successful example of public-private cooperation at the closest level. The results of this second edition demonstrate a very strong connection between cybercrime and the illegal transactions identified. Law enforcement, judges and prosecutors working together with the banking partners can crack down on extensive criminal networks either knowingly acting as money mules or misusing people who are duped into facilitating financial and other forms of crime. Furthermore, education also remains a powerful tool for law enforcement: EMMA has now grown in participation, bringing the awareness campaign to a larger public.”

Keith Gross, Chair of the European Banking Federation Cyber Security Working Group, said: “EMMA is now seen as a benchmark and a prime example of how law enforcement agencies, the financial sector and other key stakeholders join forces in tackling the illegal activity of money muling across Europe. This initiative can only go from strength to strength as more and more countries participate strategically and operationally.”