Investing in an uncertain world

2016 will go down in history as a year that defied expectations. Summer saw the electorate in the UK send stock markets tumbling with an unexpected vote to leave the EU. On the other side of the Atlantic meanwhile, political outlier Donald Trump ran a campaign which divided the US and, against all the odds, […] 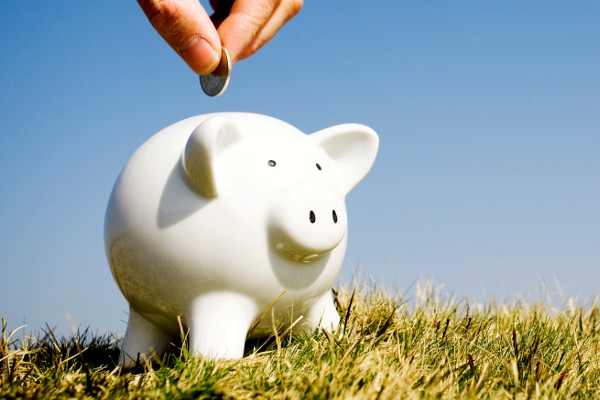 2016 will go down in history as a year that defied expectations. Summer saw the electorate in the UK send stock markets tumbling with an unexpected vote to leave the EU. On the other side of the Atlantic meanwhile, political outlier Donald Trump ran a campaign which divided the US and, against all the odds, delivered a second major political upset, once again sending shockwaves through the financial markets. The consequences of these decisions remain to be seen, but will be felt for years to come.

And with the article 50 set to be triggered in the sping, fornally beginning the Brexit process, and presidential elections looming in both France and Germanym there is still plenty of room for further turbulence. On the economic front also, the crisi in the Eurozone rumbles on, with investors now nervously eyeing Italy’s €4 trillion bvaking system. 2017 then is hsping up to be no less fractious than the last 12 monts – as this year’s recipient of the Nobel Prize for Literature once said “the times, they are changing”

And with article 50 set to be triggered in the spring, formally beginning the Brexit process, and presidential elections looming in both France and Germany, there is still plenty of room for further turbulence. On the economic front also, the crisis in the Eurozone rumbles on, with investors now nervously eyeing Italy’s €4 trillion banking system. 2017 then is shaping up to be no less fractious than the last 12 months – as this year’s recipient of the Nobel Prize for Literature once said, ‘the times they are a changing’.

So, against this uncertain backdrop, where can investors turn when looking to make a return?

Uncertainty is traditionally an enemy of investment. While there are gains to be made on stock market fluctuations, these require time and expertise, and bring with them a good deal of risk. Faced with falling markets 2016 saw investors hedge against uncertainty by investing in traditional ‘safe haven’ assets such as gold. However, while the price of gold spiked following Brexit and the US Presidential election, it has since normalised as the dust has settled, and in November reached near record lows against the dollar.

This has led many to ask, what to do when even safe havens aren’t so safe? As long-term, reliable investments, both the stock market and precious metals can often turn out to be fool’s gold.

While geopolitical forces might be impacting global stocks and shares, more everyday concerns are impacting property markets in the UK, and across the developed world. The simple desire to own a home, combined with a chronic shortage of houses for people to buy, is driving up property values and led, in 2015 alone, to UK property appreciation outstripping all other asset classes, with growth in the region of 13-14%1. This is part of a longer term trend that has seen returns on UK property investments growing by an average of 6% annually.

The supply/demand dynamic is also putting upward pressure on rents with one recent poll suggesting up to 40% of landlords may seek to increase rents over coming months2.

These market dynamics, combined with a dwindling number of dividend paying shares available3 to would be investors, make investing in property an increasingly attractive option.

For many looking to invest in property, a buy-to-let investment in the UK’s burgeoning private rented sector has been a popular means of doing so. Over the last 18 months however, the government has done much to dis-incentivise this kind of small scale investment, by increasing the tax burden on landlords, while imposing tougher affordability criteria on the market.

There is an alternative to buy-to-let, however, which is much less of a political football, and this is property development. And, with the UK government having recently outlined plans to engage in a major housebuilding push which includes the construction of 40,000 new homes over the course of the current parliament, complete with supporting infrastructure, now could be the time to invest.

Bastien Jack offer one such opportunity for entry into this dynamic market. A privately owned property developer based in central England, a region dubbed the ‘Midlands Engine’ by the government and the focus of increasing levels of investment and infrastructure spending, Bastien Jack have more than 20 years experience in property development and are responsible for the sale of more than £800 million worth of UK and London properties.

Bastien Jack offer investors a range of investment opportunities. Smaller scale investors can invest from £25,000 via a holding company, with a wide portfolio of developments, thus spreading risk. Investments are rewarded with generous fixed returns which can be received in a number of ways to suit the investor. Larger scale investors looking to invest are encouraged to get in touch with our dedicated team to discuss bespoke terms.

Investors with Bastien Jack also have the opportunity to help alleviate the UK’s housing crisis, while receiving regular updates as to the progress of their development, from breaking soil to topping out.

“During this period of economic uncertainty, investments long thought of as being safe such as gold can be unpredictable. Recent and unprecedented events in global politics may accentuate performance peaks and troughs further. It is well known that we have a significant shortage of homes in the UK and, as a country, have been under-delivering on new homes for decades.

“We are encouraged by Teresa May’s first party conference speech as Prime Minister, where she pledged to increase the number of new homes. We understand house price growth is forecast to slow in the mainstream market but we at Bastien Jack offer attractive investor returns for those looking to invest in our business. We have built a business out of procuring and developing housing in carefully selected areas throughout the UK.

“A defined exit strategy is at the forefront of our model, comparing favourably to the competition, offering the purchaser a well-designed, high-quality and energy efficient home with standard features such as energy efficient lighting, integrated appliances and carpets/hard floors included in the price. We have a strong pipeline of developments for 2017, offering the opportunity to invest with an experienced property developer and enjoy a good rate of return.”