Will 2017 be Wild or Bland for Canadian Investors?

While the outlook is for firmer and more geographically balanced growth in 2017, the Canadian economy faces major downside risks from the incoming Trump administration’s trade policies and Republican-backed corporate tax reforms, finds a new report by CIBC Capital Markets. These risks will impede the Bank of Canada’s ability to tighten monetary policy, the report […] 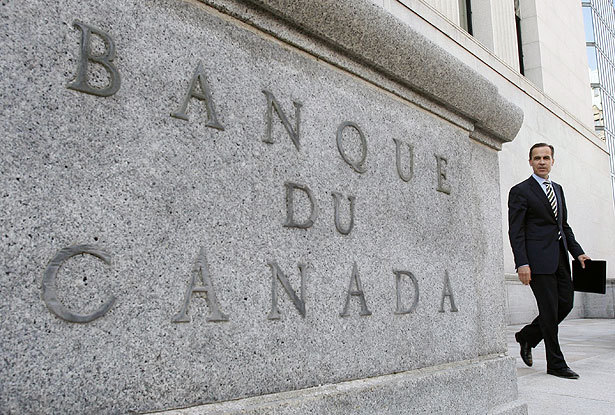 While the outlook is for firmer and more geographically balanced growth in 2017, the Canadian economy faces major downside risks from the incoming Trump administration’s trade policies and Republican-backed corporate tax reforms, finds a new report by CIBC Capital Markets.

These risks will impede the Bank of Canada’s ability to tighten monetary policy, the report says.

“We would need a huge and unlikely upside surprise to push the Bank of Canada into a rate hike this year,” says Avery Shenfeld, Chief Economist, CIBC. “Particularly since, the Trump administration’s trade-policy-by-Twitter and a Republican-backed corporate tax reform plan biased against import content both represent a major downside risk if Canada gets caught in the crossfire.”

CIBC forecasts Canada’s real GDP growth at 1.8 % in 2017 and 2.0 % in 2018. “A modest rebound in energy sector capital spending and ongoing oil output gains will add a full percentage point to growth, a lot of that showing up in Alberta’s climb out of recession,” says Mr. Shenfeld.

The growth in the energy sector will offset the reduced contribution from housing and consumption as an indebted household sector faces higher inflation and a tighter in mortgage borrowing conditions, the report says.

As for equity markets, Canadian stocks are unlikely to have the same edge relative to U.S. stocks as they did in 2016. “It’s not what you know, but what you can’t know at this juncture, that gives food for thought for investment strategies,” says Mr. Shenfeld. “But, this could still be a wild ride for investors. There are some significant skews to the risks around the bland base case.”

Energy and gold prices look to be range-bound, with the former constrained by inventories and rebounding US drilling, while industrial metals lack the sustained demand needed to build on the prior year’s gains.”

US stocks have already priced in a lot of good news, mostly on the cost side, and Mr. Shenfeld says that if Trump delivers on lower corporate taxes and a lighter regulatory burden, high-single digit earnings growth looks achievable.

The report forecasts 2.3% growth for the US economy in 2017 and 2.1% in 2018, noting that uncertainty is “extremely high” surrounding Trump policies.

“Trump enters the Oval Office with a promise to Make America Great Again, but the trouble is that America is pretty good already,” Mr. Shenfeld says. “We’ve lifted our US growth forecast slightly for 2017, reflecting economic momentum already in place more than any new policy developments. Wage and jobless data suggest that slack is diminishing, with the US on target for full employment by next year.

“We’re also not sure that large scale fiscal stimulus is really on the way, at least not on a sustained basis. Tea Party conservatives are likely to insist on spending cuts to “pay” for tax reductions, and the infrastructure plan is extremely modest in scale.”

If such offsets aren’t forthcoming, the result won’t be faster growth, but simply a steeper climb in Fed hikes to keep inflation at bay, the report says. A situation with a greater fiscal ease in the US, would prompt increases in borrowing requirements, inflation and Fed hikes that will lift bond yields at a sharper pace.

“For corporate Canada, the instinct would be to judge a becalmed outlook as reason to eschew active hedging for now. But the potential for a Trump in the night bump suggests looking for opportunities to hedge against a pullback in commodities, a weaker Canadian dollar, and a rise in long term rates,” Mr. Shenfeld says.