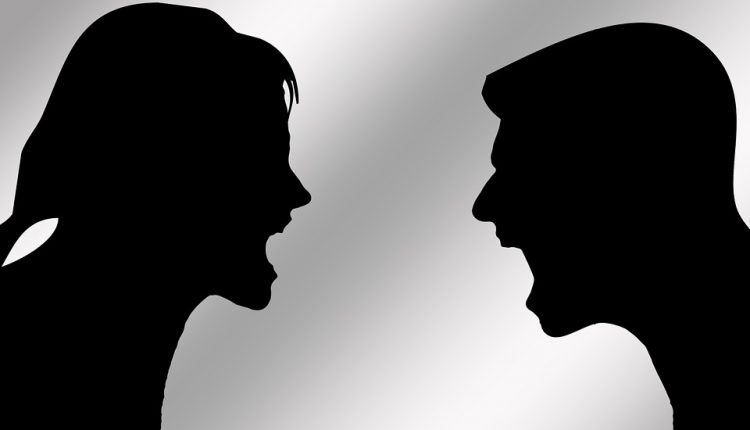 She serves as the Chartered Institute of Arbitrators delegate to the United Nations Commission on International Trade Law (UNCITRAL) Working Group II (Arbitration Conciliation) Dispute Settlement and is the CIArb delegate UNCITRAL Working Group III (Online Dispute Resolution). As a thought leader in the sector, over the next couple of pages Ijeoma offers a valuable insight into alternative dispute resolution practices, trends and future developments.

Dispute Resolution processes include litigation and arbitration. These two are referred to as adjudicative processes and are contentious. On the other hand, there is ADR, which means Alternative Dispute Resolution, usually considered as Consensual processes, such as collaborative law, mediation, conciliation, negotiation, facilitation and other hybrid methods of consensual process.

Each case has its specific features, and there are many cases where a different mechanism has been adopted in England. Apart from litigation, which involves court trials – a process considered undesirable by many people. Private arbitration is the most common form of dispute resolution process for complex and high-value cases in commercial disputes; while mediation is mainly used for domestic and low-value cases. However, as a general rule, the expectations of users in the dispute resolution process and the enormous finances involved makes arbitration the most commonly used mechanism in England.

Due to the variations in the legal systems on the Africa continent, the law used will fall within either civil law, common law, statutory law or religious law. Of the 54 African countries, 19 are Commonwealth countries – subject to the Common Law. As such, the dispute resolution trends in Africa are mostly litigations, negotiations, conciliations, arbitrations, and mediations. Arbitration has gained momentum in Africa, with countries such as Nigeria, Mauritius, South Africa, Kenya, Angola and Ghana taking the lead.

When compared to the dispute resolution trends in Africa, I would say that there are many similarities with England.

However, dispute resolution in England differs to some extent, when compared to the dispute resolution trends in Africa. The English-speaking States’ dispute resolution patterns are in conformity with the Common law, while the French-speaking States are the  Organisation pour l’ Harmonisation en Afrique du Droit des Affaires ( OHADA). The OHADA objectives are the implementation of a modern, harmonized legal framework in the area of business law, aiming to promote investment and develop economic growth. Therefore the dispute resolution trends on the OHADA States are tailored towards the objectives of OHADA. The commonality in both the English and French speaking States in Africa is the existence of customary laws, which inculcates the resolution of disputes by the eldest male or current head in the rural areas. The use of customary law, regardless of State, is a unique process peculiar to Africa in the resolution of disputes. The practice is widespread regardless of whether we look at an English speaking or French speaking State.

How do you choose which method of dispute resolution is most appropriate?

I choose the method of dispute resolution most suitable for a case based on value, commercial aspect and the entities involved, and jurisdiction. The disputes I am involved in are usually of high value and cross-border commercial matters, which includes work for claimants and/or respondents. The most appropriate dispute resolution process is usually arbitration. The arbitrations that I assist with cut across jurisdictions around the world – I frequently work in New York, California, Vienna, Lagos and South Africa.

What motivates you about working with dispute resolution?

I am motivated by working in dispute resolution because of my social justice stance on fairness and personal intellectual interest.  I like and enjoy dispute resolution because there is always a number of challenges that need to be addressed, both legal and factual issues. Subsequently, I have become a passionate supporter of arbitration and ADR. As such, I am committed to the promotion of arbitration and ADR. I enjoy working as an international arbitrator because the disputes that I work on are widely varied. Most importantly, is the sense of satisfaction and accomplishment I feel when I see the parties getting justice.

I am appreciative that ADR and arbitration are seen as effective means of dispute resolution. Gone are the days when litigation was seen as the sole means of resolving complex disputes.

Additionally, I am genuinely impressed with the increase in the number of female practitioners in international ADR and arbitration field. I encourage women to continue to equip themselves with the required qualifications, skills and training for opportunities as they arise. I am glad many law firms and organisations have signed the Equal Representation in the Arbitration Pledge.

How did your career path lead you to this area of specialism?

My career path to dispute resolution is quite interesting. Like many young people, I left school undecided on a clear legal career path. Upon qualification as a solicitor in 2008, I went on to get an LLM in 2011 at Queen Mary, University of London. While I was at Queen Mary, after auditing, I realized that international dispute resolution was my area of interest, with the emphasis on commercial litigation and arbitration and I stuck with it. I simply read and soaked in all information on dispute resolution and then I went on to formalize my knowledge of arbitration by obtaining a recognised qualification. Accordingly, I completed the Award writing examination of the CIArb and consequently passed a further examination and in 2014, I became a Fellow of the Chartered Institute of Arbitration (FCIArb).

Can you please give an example of a tough dispute and the challenges faced?

Every dispute has its own challenge – do bear in mind that virtually all disputes are tough in some way.

I remember earlier in my arbitration career, an arbitration case in California where as Counsel I was drafted in to attend an application. The opposing Counsel turned up very late. When the Counsel eventually turned up, we realised that there was an obvious distinct understanding of the very different ways as to how the arbitration should be administered. The old timetable resulted in lengthy delays with the tribunal inevitably realising that there had to be an agreement on how to address this. Eventually, the arbitral tribunal decided to disregard the old timetable and quickly agreed on a new timetable, with the tribunal left with a few options, considering the application for the arbitration involved complex legal issues. Interestingly, the opposing counsel was an arbitrator with extensive experience in the US. Fortunately for me, the arbitrator was not taken in by opposing counsel credentials and correctly decided the application in my client’s favour.

Are there any groups or lobbying activities you are involved in that help you push the boundaries of ADR?

An ADR group which I am involved in, is the All-Party Parliamentary Group (APPG) on ADR. This group brings together individuals and organisations from outside Parliament, interested in dispute resolution, civil justice reform and alternatives to court to discuss and explore ADR. The APPG on ADR organises regular sessions in The House of Commons, Westminister.

As a thought leader, do you believe there is potential for further development in the ADR practice?

Yes, there is further room for development in the ADR practice. Technology has permeated all facets of human development such as online financial trading, online shopping, and online banking. The potentials for online dispute resolution (ODR) are enormous. ODR is an evolving area of ADR. I was part of the UNCITRAL group in 2016, which submitted a draft report on the implementation of a globally acceptable ODR Technical Notes to the United Nations General Assembly. On the 13th December 2016, the UN General Assembly endorsed the UNCITRAL Technical Notes on ODR. The endorsement of the ODR Technical Notes by the UN has set a foundation for its incorporation in transactions, both for consumers and businesses; a good step in the right direction. In the UK in 2016, the creation of Her Majesty Online Courts (HMOC) was announced for Low-Value Civil Claims. The creation of HMOC will invariably lead to the growth and development of ODR.

Do you have a mantra or motto you live by when it comes to helping your clients?