Winans Investments has created a history book, ‘Investment Atlas II’, which examines all US presidents since 1849 and how stocks, bonds and housing performed during their terms. Their research has found compelling comparisons to past presidential elections. In the wake of Trump’s victory, the media is focusing on parallels with “Give ’em Hell” Harry Truman’s […] 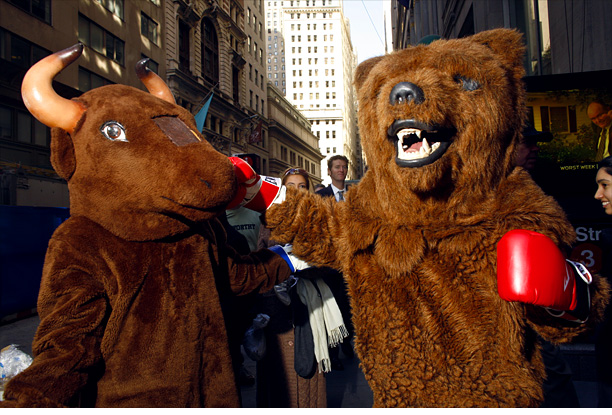 Winans Investments has created a history book, ‘Investment Atlas II’, which examines all US presidents since 1849 and how stocks, bonds and housing performed during their terms.

Their research has found compelling comparisons to past presidential elections. In the wake of Trump’s victory, the media is focusing on parallels with “Give ’em Hell” Harry Truman’s surprise 1948 victory over Thomas Dewey, or the “Hanging Chad” mess of 2000 that required the US Supreme Court to rule in favor of George W. Bush.

However, investors should focus on the Carter-Reagan transition of 1980-81 in which the 9% post-election stock market rally ushered in one of the greatest investment booms in US history!

While today’s economic picture is not identical to the 1980’s (especially when it comes to the level of interest rates and inflation), there are Reagan/Trump positive similarities that investors need to know:

Lower Business Taxes- Since 1913, US corporate income taxes have ranged between 1% – 53% with the current tax rate at 36%. The Trump plan to reduce business income taxes to 15% would be the largest tax cut for corporate America ever! Bottom-line: lower business taxes suddenly makes US stocks attractively valued versus other global investments.

Reduced Regulations – The regulatory pendulum is swinging away from post-Great Recession punishment towards deregulation in order to spur economic growth. This has caused a large shift in stock market leadership towards financial services, manufacturing and energy shares.

Lower Investor Taxes – In addition to a proposed reduction in individual top tax rates from 40% to 30%, investment related taxes (capital gains, dividends, etc.) are likely going to be substantially reduced. The Trump plan also calls for phasing out the Obamacare investment tax and lowering tax rates for short-term capital gains.

Stronger US Dollar – As economic growth expands, a country’s currency should increase in value. Similar to the US dollar’s historic rally in 1985, demand for foreign purchases of US stock, bond and real estate investments should boom!

There are other positive economic developments to also consider:

Gradual Interest Rate Increases – It appears that the Federal Reserve will not make the mistakes it made in the late 1930’s when it mishandled exiting its Depression Era “0% interest rate” policy and triggered the Roosevelt Recession. Today, inflation pressures are relatively low, and the process of raising the Fed Fund’s Rate ¼ point at a time will gradually return the US to a normalized interest rate environment while economic growth accelerates in a healthy manner.

Republican Controlled Congress – Unlike Reagan, who faced challenges from a Democrat controlled Congress through his entire presidency, Trump should have a faster & easier time enacting much of his pro-business agenda over the next two years.

Lots of Fuel For an Extended Bull Market – Since 2008, many investors have kept large amounts of cash in money market accounts and CDs. As the economy expands over the next few years, much of this money could be invested in US stocks. There could also be an investment shift from low yielding municipal and treasury bonds into US equities.

With the Trump administration’s ambitious economic agenda, US common stocks should greatly outperform income investments and could achieve annual returns not seen since 1990’s average annual returns of 19%!

What Should Investors do?

Investors that do not need investment income and have an average tolerance to financial risk should consider reallocating their portfolios into more US common stocks.

However, any reallocation into more stocks is not without risk. Historically, US common stocks have negative years 27% of the time and serious bear markets 8% of the time (like the 50% corrections suffered in the Dotcom Bust of 2000-02 and 2008-09’s Great Recession). Simply put, any decision to increase exposure into more stocks must include a disciplined plan to exit the stock market when key market indicators turn negative in the future.