With German Business Booming, Is Britain’s Brexit Vote The Right Decision for Trade?

The Eurozone has been experiencing some turbulent times in the past year or so, with the Brexit referendum in the UK last June making speculators wonder whether there was really a future in the union. Brexit came as a shock, however with elections coming up in France, the Netherlands and Germany where parties who have […] 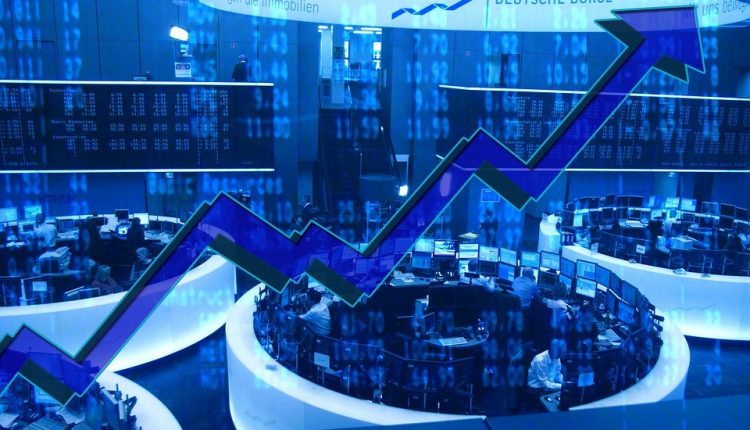 The Eurozone has been experiencing some turbulent times in the past year or so, with the Brexit referendum in the UK last June making speculators wonder whether there was really a future in the union. Brexit came as a shock, however with elections coming up in France, the Netherlands and Germany where parties who have shown themselves to be against staying in the EU gaining ground, as well as the ‘anti politics’ sentiment in Italy that was displayed in their referendum on constitutional change in 2016, many analysts are considering a future where Europe becomes fragmented again.

The UK leaving the union and the single market is, in some ways, less complicated than if other countries like France exited, given that the UK kept its own currency throughout its tenure as a member of the EU. The pound dropped in price quite substantially after the Brexit vote, but then actually regained some ground when a clearer Brexit plan was announced by Theresa May in January.

Mostly, the pound is compared to the US dollar, and that has also been experiencing a lot of volatility in the wake of Trump’s presidency. The FTSE 100 actually fell as the pound grew stronger against the dollar, because so many of the companies on the share index earn US money. Against the euro, however, the pound has not really shone, and the euro itself has been shrouded in doubt and uncertainty since Brexit was announced as a concept.

Germany has long been seen as the financial workhorse of the Eurozone, and has been performing pretty well of late. Germany is also one of Britain’s primary trading partners, and one that the UK will need to re-negotiate terms with after leaving the single market.

Why Is Germany Booming?

When you look at the success of Germany right now, there are a couple of reasons why it is performing well, and they don’t actually have much to do with Europe. Firstly, Germany has very good trading relationships with China, a country that has itself been experiencing well documented booms and cultural shifts over the past decade. Secondly, Germany has managed to profit fairly well from the influx of migrants from the Middle East that came about as a result of the Syrian refugee crisis. Since 2014, Germany saw a huge influx of people, and statistics show that many of them have started businesses in the country, contributing to Germany’s growth.

What Can the UK Learn From This?

The UK can certainly learn some things from Germany’s experiences. Good trading relationships with growing economies like China and India are going to be essential, for example. The UK can also take on board that immigration is important not just in filling existing skills gaps, but also in bringing in new ideas, innovations and businesses, whatever the immigration policy is that is adopted post Brexit, it is good to consider what has happened in Germany. Middle Eastern refugees were allowed in to escape the problems of their own country, but actually began to help Germany inject new life into its business landscape. If Britain opts for a points based system similar to Australia, as many think it will, then immigrants who can fill gaps in skills in fields like STEM will be welcomed, but we may not be getting the benefits of the entrepreneurs and ‘ideas people’ Germany has enjoyed.

Germany and Britain are countries that have been tied together in many ways for a long time, and that is not going to change after Brexit – remember that these countries have been at war with each other twice in the last 120 years and that hasn’t stopped them from trading nicely, so the UK leaving the single market is unlikely to devastate the relationship. What will need to happen is negotiations between Britain and the EU single market, however in many ways the UK’s main interest in that – economically speaking – will be keeping a good deal with Germany.

Germany too is unlikely to want to compromise relations with Britain over a sense that the UK public has ‘insulted Europe’ by voting for Brexit. Germany’s Frankfurt is one of the biggest financial centres in Europe, but London is still bigger, and Britain’s market power will not be overlooked out of spite under a prudent German government.

Of course, while all of this does seem logical, there is still the risk that Angela Merkel will lose the German election later in the year and the climate politically both in Germany and in its relationships with the world will change. It is very hard to say what will happen in that eventuality, however it will certainly be a time to watch if you’re a trader interested in the Euro.