The Evolution of Mortgages: 21 Years and Beyond

With real estate markets in a bubble of volatility from year to year, mortgage rates due to rebound, and increasing purchase struggle for first time buyers, it’s about time we looked back through the years and really understood how we’ve arrived where we are today. This month Finance Monthly has heard from Tracie Pearce, Head […] 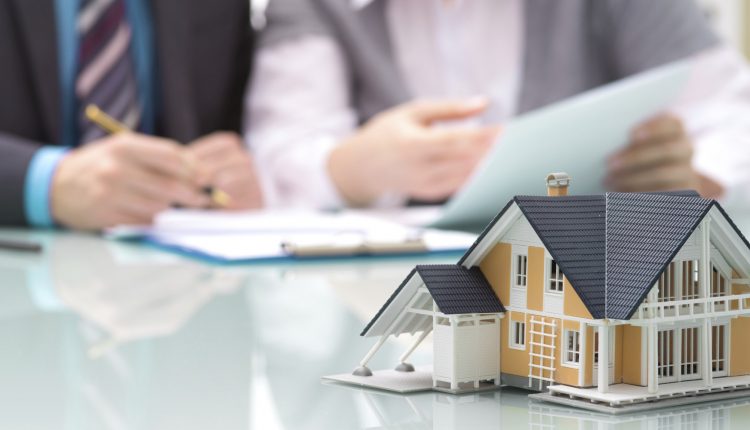 With real estate markets in a bubble of volatility from year to year, mortgage rates due to rebound, and increasing purchase struggle for first time buyers, it’s about time we looked back through the years and really understood how we’ve arrived where we are today. This month Finance Monthly has heard from Tracie Pearce, Head of Mortgages at HSBC. Tracie gives us a rundown of mortgage history from day 1, and points towards the shifts that are set to further shape how buyers afford their bricks.

I’ve always had misgivings about birthdays. But a 21st industry birthday taking us back to 1996, the year when the British Olympics team won 15 medals in Atlanta, Trainspotting was released and just 16% of households had mobile phones, feels worth a little retrospection. A lot has happened!

In 1996, I was an assistant analyst at specialist lender Sun Bank based in Stevenage, building and maintaining PCs and hardware for mortgage platforms. In that same year, 1996, a handful of lenders formed the Association of Residential Letting Agents (ARLA) marking the beginnings of the buy-to-let market with industry self-regulation in the shape of the Mortgage Code emerging the following year.

Through the 1990s, the building society sector, which did 72% of lending in the mid-80s saw further demutualisation but by 2000, the banks held sway with 70% of gross mortgage lending and mortgage brokers were estimated to be introducing just over half of this business.

The rise of the mortgage adviser

The early naughties saw the rise of the intermediated mortgage market, which brought mortgage choice and mass regulatory compliance ahead of the advice industry’s regulation on M Day, on 31 October 2004.

The 2000s were arguably a fantastic time for the majority of mortgage consumers with immense mortgage product choice and loss-leading two-year fixed rates. There was easy access to credit fuelled by lender competition and record house price inflation hit 26.5% in January 2003, according to Nationwide.

On the timeline, was when I was lucky enough to be involved in launching The Mortgage Works brand. The market was buoyant, spirits were high and product innovation relatively fast and furious. It was around this time that the market moved from a position of bespoke products and pricing calibrated by risk, to more of a mass market offering and more agile processing timescales. Lenders were investing in automation, including conveyancer and valuation instructions and time to offer shortened to around 10-14 days, not so far from where we are now.

Mortgage Strategy ran a hero and villain of the week column and all the lenders were vying for the hero of the week position but desperate to avoid being called out as the villain. It was just a bit of fun, but certainly showed what was motivating product teams at the time.

Meanwhile, the downside, of course, was that this perceived ‘magic porridge pot’ of equity also arguably softened the perception of borrowing risk for lenders and customers alike. By 2007, gross mortgage lending had ballooned to hit £360bn – and then, the market imploded as the credit crunch hit.

One of my most vivid memories was Thursday 6th November 2008 when the Monetary Policy Committee slashed Bank Base Rate from 4.5% to 3% in one go, a really deep cut! The market was shocked. In the days and weeks that followed, products were withdrawn, lending criteria tightened and lenders retrenched to serving their direct channels first.

The FSA, was abolished on 1st April 2013 and replaced by a twin peak FCA/PRA regulatory system, with a new steely zeal for conduct regulation under the leadership of CEO Martin Wheatley.

The Mortgage Market Review was initially signposted in 2009 but took until 26 April 2014 to finally arrive after full consultation. For a period, lenders struggled to meet consumer demand as they embedded processes and training to give advice (in some channels) for the first time. Brokers leaned in to bridge this capacity gap and the industry (on the whole) gave the regulator credit for an exhaustive, clearly-trailed process.

In October 2014 HSBC entered the intermediary market for the first time, which was one of the single biggest strategic changes the bank has ever made on the mortgage side. As the adviser market’s star rose and the regulatory landscape changed, the bank made a commitment to the intermediary market, which has brought successes for both sides and clear benefit for customers.

We started with a pilot one intermediary partner – Countrywide – and London & Country joined the panel in August 15, over the last 18 months, we have been methodically and systematically expanding our reach and we now have 16 intermediary partner firms, with around 7,000 individual brokers, with more on the immediate horizon.

We are committed to working effectively with our broker partners, ensuring the best products and customer service as well as continuous improvement to deliver a market-leading customer experience.

So, George Osborne’s focus on landlords and the buy-to-let market almost brings us up to date. The Chancellor announced changes to mortgage interest tax relief in 2015 which will gradually be reduced to 20% between 2017 and 2020. The Stamp Duty surcharge of 3% was introduced from April 2016 was the next in a raft of affordability-focused, tweaks, joined the rule changes bringing in tighter underwriting on 1 January.

Inevitably the plethora of rule changes have slowed it down a little but the market is professional and I believe it is resilient. I believe it has the strength to recover, albeit it may be in a slightly different guise. As lenders have adjusted credit criteria, landlords will rethink how they choose to invest.

The last 21 years have been a whirlwind, and there is no doubt the next 21 years in this industry will bring more change, surprises and evolution than the last.

Mortgage lenders are on the horns of several dilemmas. Lenders understand the value of common sense lending into sectors like later life, interest-only or self-employed mortgages but must be considerate of capital adequacy and conduct.

Speaking more broadly, the demographic imperative is that the UK must build more homes and the buy-to-let market remains key to the overall health of the housing market, so should be left to adjust and recover. Not all customers can or want to own their own homes so it is just as important to help those who want to rent a property. The government has recognised this with its commitment to supporting mixed tenure homes.

What about the adviser?

Advice will remain central to the mortgage process, but I suspect honed and supported by technology. Digitalisation is set to reinvigorate the homebuying and mortgage application journey for consumers. This could mean automated confidential documentation exchanges allowing all parties in the process easy access to the same proofs of identity or even online passports which offer instant authentication.

We are going to see more screen-to-screen technology supporting the customer conversation at the front-end, for example with a tablet or mobile device from the comfort of the customer’s living room.

For the adviser, online fact finds will help speed up the advice process and authentication of documents and I see Digital Advice, known more generally as RoboAdvice, working particularly well for an execution-only sale for seasoned remortgage customers who may choose to sidestep or not need face-to-face advice.

I strongly believe that those who work in the mortgage industry are very privileged to work with a product that has such a deep emotional connection for the customer.

Getting your first home, buying a bigger home to start a family in, or somewhere to retreat to if your relationship breaks down are all hugely impactful purchases. It is our pleasure to do everything we can to help people through this process. HSBC aims to empower customers with the right tools and advice to help them become knowledgeable as homebuyers and learn as much as they want to during the process.

The competition commission reporting in the summer will have plenty to say on how we could achieve this and benchmark good practice. But it’s safe to say we’ll have just as much to do and think about over the next 21 years.

The Impact of COVID-19 on the Real Estate Industry