CEO and President of Chicago-based Norwegian American Hospital José R. Sánchez on balancing between the need for profitability and the needs of patients 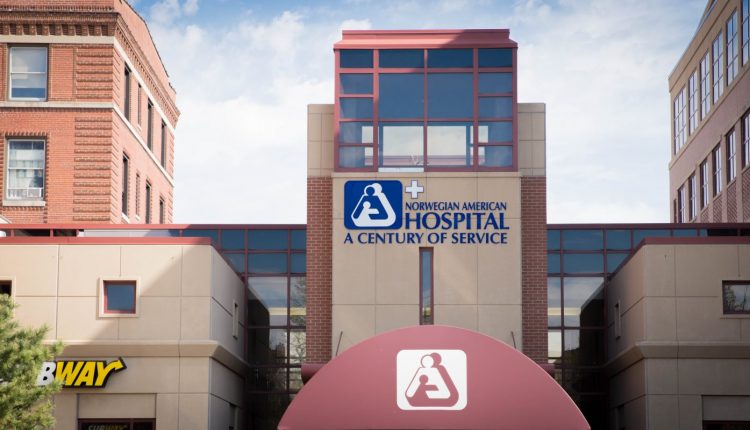 As part of our Thought Leader features, this month Finance Monthly had the privilege to interview José R. Sánchez, the President and CEO of Chicago-based Norwegian American Hospital (“NAH”), a 200-bed safety net hospital. Here he sheds some light on his role to create and meet the vision of Norwegian American Hospital, recent changes in the American healthcare system and how he balances between the need for profitability and the needs of the hospital’s patients.

Tell us a bit about your career path prior to joining Norwegian American Hospital? What brought you to your current position?

I began my career in the healthcare field in the city of New York back in 1979, working in various hospitals until 2010. I joined the New York City Health and Hospitals Corporation in 1996 as head of one of the public healthcare hospitals. I was promoted to Senior Vice President of the largest healthcare network in the public healthcare system and was also CEO of Lincoln Hospital. My responsibility was to lead the business operations and integration of the network, which was comprised of three acute care hospitals (two of them were level-one trauma centers), and 24 clinics in East Harlem, Central Harlem, and the South Bronx in New York City. In 2010 NAH was in search of an executive CEO to turn around the failing hospital that was just about to close, as a result of poor financial performance, low quality, a poor reputation, declining volumes and a lack of an infrastructure to support the hospital’s growth.

How has your role impacted the hospital in the past 6 years?

In 2010 I outlined a vision for the recovery of the hospital and restored financial stability, quality improvement, physician engagement, community engagement and investment in technology to improve electronic medical records. Since that time, the hospital has been able to close in the black for the last 5 years. Our quality has improved significantly and we have been awarded and recognized nationally for our quality journey and accomplishments. We have grown every business line and we have improved and aligned with the vision of the organization and the integrity of the overall community, as well as full implementation of electronic medical records. Currently every service we offer is online.

What were the goals that you arrived with back in 2010? 6 years later, would you say that you have managed to achieve them?

We have been able to achieve the original outlined vision of 2010 and surpassed and excelled in each one of those areas. Today, Norwegian American Hospital is considered at the top of the safety net hospitals across the state in financial status, quality metrics and operational efficiency.

What are Norwegian American’s ethics towards its patients?

NAH is fully dedicated to improving the health status of every resident in the Humboldt Park Community on the West side of the city of Chicago. Patients are put at the centre of our universe and we always aim at providing the best care possible through identifying evidence-based best practices.  Decisions are made on what is best for our patients and resources allocation is focused on community needs.

How have you managed to balance between the need for profitability and the needs of your patients?

As a not-for-profit organization, it is a pretty difficult balance between profitability and patient needs. It is clear that our mission to provide care to every patient, regardless of ability to pay, needs to be balanced within the existing hospital resources. Safety net hospitals in the State of Illinois depend primarily on Medicaid patients and State subsidies. To balance the budget that will be required to provide the care that is needed for patients in poor communities. To frame the question, there are 40 safety net hospitals in the State and they comprise 19% of all hospitals. Those hospitals collectively provide $375 million in community benefit and also provide approximately 40% of services to individuals with substance abuse and mental illness. Part of our effort to balance profitability and patient need is to take a very strong advocacy role to ensure services are delivered to those patients in our community. We at NAH treat patients with the worst health conditions in the State, requiring significant resources. Our objective is to ensure the greatest operational efficiency to meet patient needs.

Could you tell us a bit about any recent changes in the American healthcare system, both in terms of regulation and funding? How have they impacted NAH?

Back in 2010, the Affordable Care Act was passed as legislature in this country, as a landmark legislation to reform the traditional healthcare delivery system in the United States. The objective was to expand coverage to all Americans and to reduce cost and improve quality. During the last 7 years of implementation of the Affordable Care Act, we have seen a significant positive trend in coverage, where more than 20 million Americans have been able to secure health care coverage. In addition, the objective of reducing cost has never been obtained as a result of many individuals who entered the market with insurance coverage, who presented conditions worse than predicted. Therefore, the cost of healthcare in our country has increased. For example, premiums of health coverage have continued to escalate. As a result, the high utilizer of services has increased and insurance plans have passed on the cost to consumers through higher premiums and higher deductibles for services. The impact of the Affordable Care Act has created a positive impact for NAH since its implementation. Before the legislation, our self-pay, no pay percentage of patients was about 15%. Today we are somewhere between 5 and 7%. Therefore, it has improved our bottom line.

What would you say differentiates Norwegian American from other healthcare providers?

NAH has been able to transform to the expectations of market trends in operational efficiency, technology implementation, cost reduction and quality improvement.

What lies ahead of you and NAH?

It is totally unpredictable what lies ahead for safety net hospitals and any other healthcare system in the United States at this time. We know that the current President outlined a health plan called the American Healthcare Act to repeal and replace the Affordable Care Act. Although that proposed legislation was rejected by the House of Representatives, the future of healthcare is still unpredictable. The Secretary of Health of the United States has tremendous authority and influence to change and modify policies that will have an impact on healthcare for the rest of the country. Any changes at the federal level would have impact in our State and therefore, at NAH we know that our on-going goal is to continue to reduce cost across the board. It is difficult to reduce cost when a significant number of hospitals in the country are operating in a deficit and in very small margins. Norwegian is one of these institutions operating in very small margins and any negative impact will have devastating results in the operations of the hospital.