Does the Snap Election Spell the End for the Brexit Tax Haven Model?

By Richard Asquith, VP Global Indirect Tax, Avalara With the UK Prime Minister’s surprise decision to call a UK-wide general election in six weeks’ time, this could serve to quell the hurricane of ongoing political and economic uncertainty that has continued to leave markets, businesses and the establishment in its wake since the UK’s shock […] 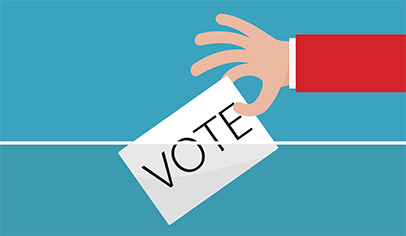 With the UK Prime Minister’s surprise decision to call a UK-wide general election in six weeks’ time, this could serve to quell the hurricane of ongoing political and economic uncertainty that has continued to leave markets, businesses and the establishment in its wake since the UK’s shock decision to back Brexit. Theresa May’s electoral U-turn means that fatigued voters will return to the polls just under 12 months after the turbulent EU referendum campaign and the UK’s vote to leave.

The adoption of a more conciliatory stance towards the EU is now increasingly likely, with a more favourable and less harsh EU exit on the cards.

What does this mean for the threat of transforming the UK into a European tax haven? It could well be dismissed from Theresa May’s agenda altogether. Combining this with the prospect of doing away with former PM David Cameron’s tax lock, and the fiscal momentum continues to drift towards tax rises.

The UK; Europe’s answer to Singapore?

In order to ward off the EU from playing hardball on access to the Single Market, the contingent of more vocal Brexiteers in the Conservative leadership have been brandishing the threat of slashing UK taxes significantly as an alternative means to attract global business. To fortify this suggestion, Brexiteers have consistently cited Singapore’s success in establishing itself as the go-to pan-Asian tax-friendly regional investment hub that the UK could mirror post-referendum.

The leading advocates of this approach in the Brexit camp have argued that this tax haven strategy of cutting taxes (UK Corporation Tax is already set to fall to 17% next year, for example), thus providing favourable tax rulings for new forms of investment opting to reside in the UK, and, reinforcing R&D tax incentives. As a key example, the UK could opt to fully re-introduce its highly successful Patent Box tax scheme that the EU chose to block following its success at encouraging German intellectual property investment to relocate to the UK.

Despite promises of dynamic tax sovereignty post-Brexit, the reality may be tame

Interestingly, despite the provocative rhetoric surrounding the prospect of a UK tax haven, is the option even on the table? Of the measures that Singapore and comparable tax friendly jurisdictions have in place, the majority are already at the UK’s disposal today but remain unexploited.

Short of substantial cuts to expenditure backed up by considerable political risk, UK Corporation Tax has already been set as low as it can go, both reasonably and meaningfully. When compared with its EU neighbours the UK is also simply too hefty an economy for this to be feasible. Singapore’s success is born out of its ability to act as a Launchpad into its much larger neighbours such as Malaysia, Indonesia and the hegemon of the region, China. Comparisons aside, Europe’s internal workings pose a problem for the UK too given Switzerland’s relationship with the EU as a bloc. The Swiss have already taken ownership of Europe’s tax haven role, meaning an absence of a credible or indeed vacant available option for the UK in this regard.

Supremacy of European law to continue?

Regardless of whether the UK tax haven proposal ends up as the casualty of the post-election agreement between the UK and the EU27 remains to be seen. However, without doubt the cadre of Brexiteers within the government’s ranks will continue to unreservedly press for an end to the influence of EU laws and courts over the UK tax system. In addition to immigration controls, a curtailing of the role of the European Court of Justice (ECJ) and the European Commission (EC) over UK laws and tax policies was certainly a critical motivation for the UK voting to leave.

In the context of UK VAT however, the majority of VAT rulings refer to the ECJ and will undoubtedly continue to exist as a source of constant reference post-Brexit for the international interpretations by UK courts. With respect to the EC, given its role in the negotiations of UK’s departure agreement on behalf of the EU27, it will also insist on the court playing a major part in both UK legal and tax-related matters in the longer-term, particularly if the UK plans on retaining favourable trading access to the Single Market.

The EC also has the capacity to be able to leverage its powerful anti-state aid investigative powers to scrutinise, and potentially overrule, any biased tax rulings that the UK grants its national champions at the expense of the EU’s business community post-Brexit. For those EU state-aid investigations, such as those currently targeting US multinationals in Luxembourg, the Netherlands and the Republic of Ireland, it would also be relatively easy to have these redirected towards the UK too.

If recent polls in advance of June 8th are anything to go by, the government is likely to feature heavily, broadly speaking, a group of more Europhilic MPs. The jury is still out on what Prime Minister Theresa May will do with this extra breathing space, but it would hardly be surprising if a softer negotiating line on Brexit were to emerge as a result. Total desertion of the improbable UK tax haven threat, and further tax cuts could therefore follow.

If compounded by the realisation that the ECJ and EC will hold on to marked influence over tax and other areas of UK law, the disappointment of strong-willed Brexiteers is only like to endure. Whatever their reaction may be, we could witness the uncertainty barometer being driven even further into the red.