Kicking off May’s Game Changers section is a CEO that we’ve had the privilege of interviewing before – Mike Moran MBE from Proton Partners International. Mike has over 30 years of experience in strategic leadership, planning and programme delivery in the defence and healthcare sector both in the UK and abroad. He’s held various executive […] 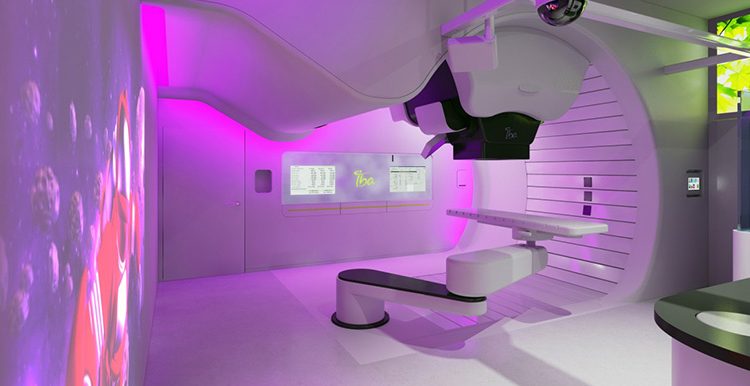 Kicking off May’s Game Changers section is a CEO that we’ve had the privilege of interviewing before – Mike Moran MBE from Proton Partners International. Mike has over 30 years of experience in strategic leadership, planning and programme delivery in the defence and healthcare sector both in the UK and abroad. He’s held various executive positions in defence and healthcare and is the Former Chairman of the Chamber of Commerce & Learning & Skills Council in Hereford and Worcestershire.

What has been happening with Proton Partners International since we last spoke in October? What have been the major achievements/challenges that the company has been faced with in the past six months?

Proton Partners International has seen a lot of exciting developments since October 2016. We have since announced that, in addition to our centres in Newport and Northumberland, we will also be opening cancer centres in Reading and Liverpool Earlier this year, we announced that our centres will be called The Rutherford Cancer Centres. The name reflects the renowned scientist Ernest Rutherford’s contribution in identifying and naming the proton in 1911.

We have recently opened the doors to our first cancer centre in Newport, The Rutherford Cancer Centre, South Wales, for conventional treatments, such as radiotherapy, chemotherapy, immunotherapy and imaging. The proton beam therapy machine has just been delivered on site, which is the first high energy proton machine to be on UK soil. The treatment will be available at our South Wales centre next year.

Proton Partners International also announced that we are going to undertake a major genomics research centre at the Life Sciences Accelerator building in Liverpool (the building is the first part of a ‘health campus’ that is set to surround the £335m new Royal Liverpool Hospital). We will work with the University of Liverpool’s Physics Department on a genomics programme to collate, analyse and distribute data from our treatment centres. In addition to the research centre, we have recently announced a two-year collaborative research project with The University of Liverpool to develop a new measurement system, known as a 3D Water Phantom, which will further improve the accuracy of proton beam therapy treatment. The new system will use pixelated silicon detectors, first developed at CERN, the European Organisation for Nuclear Research. Improved accuracy will lead to better modelling and calibration of treatment beams, which will offer more advanced treatment for patients. It will also allow for more accurate clinical research and development to be undertaken.

We have also strengthened our executive team. The company has appointed Lis Neil as Chief Operating Officer, formerly Operations Director of diagnostic and specialist services at Nuffield Health, and Dr Ian Barwick as Chief Scientific Officer, formerly Chief Operating Officer at the Life Sciences Hub Wales. With 25 years of senior healthcare experience, Lis Neil will be responsible for daily operations, such as commissioning new facilities and ensuring the quality, efficiency and safety of services offered by Proton Partners International. As Chief Scientific Officer, Dr Ian Barwick will play an integral role in driving patient-led research to ensure Proton Partners makes a valuable contribution to the future of cancer treatment.

On the awards side, since October 2016, Proton Partners International has won three awards from Acquisition International, including Best UK SME Lending Transaction Award, Most Promising New Business 2016, and 2016 Deal of the Year.

How do you ensure that Proton Partners International is at the forefront of any emerging developments?

The appointment of Dr Ian Barwick punctuates our commitment to innovation in cancer research and thought leadership. We have recently created a subsidiary Company, Rutherford Innovations Ltd, which will allow us to contribute more positively on the research effort without disrupting cancer services.

We also intend to be at the forefront of innovation in planning and treatments. The radiotherapy suite includes Elekta’s state of the art Versa HD linear accelerator (Linac) fitted with a range of electron and Xray treatment beams (including high-doserate), as well as cone-beam CT and 6D online patient positioning, Volumetric Modulated Arc Therapy (VMAT), Image Guided Radiotherapy (IGRT), Deep Inspiration Breath-Hold (DIBH) and patient surface monitoring techniques to ensure even greater treatment accuracy. The patient surface monitoring has been installed across all of our modalities, which we believe is the first in the UK and one of the world’s earliest adopters.

For planning purposes we have installed computerised tomography (CT), MRI and the world’s first, digital PET-CT systems. Alongside this is Philips Pinnacle treatment planning system (TPS) and Elekta’s MOSAIQ Oncology Information System (OIS). Both these software solutions are installed on centralized servers so they can be used across all our sites.

In respect of chemotherapy, the latest treatment regimens will be offered either intravenously (into the blood stream) or orally via tablet form.

2017 is expected to see the opening of Proton Partners International’s first two cancer centres, in Newport and Northumberland – could you provide an update on their statuses? What have been the key challenges that the company has been faced with thus far, in relation the two cancer centres?

The Rutherford Cancer Centre, South Wales, has recently opened to receive referrals for conventional cancer treatments and we will soon be in a position to start treating patients with these conventional therapies.

The treatment part of the proton beam therapy machine, known as the gantry, arrived on site in Newport in April. Proton Partners International will be using the Proteus®ONE compact gantry at all of its centres. The cyclotron was delivered in May. This is the first Proteus®ONE machine in the UK. After full installation has taken place, we will be in a position to fire the first proton this year and following the clinical commissioning process, we will be able to treat patients with proton beam therapy in early 2018.

We have a number of challenges which we do not see as insurmountable, but nevertheless require careful consideration, planning and mitigation. We have construction and build challenges which, once mitigated will significantly reduce lead-time for future builds.

We are also installing technical equipment with very complex mechanical and engineering requirements in a timeframe never achieved anywhere in the world. In addition to managing several new market entries at one time, we are also bringing new innovative treatments to the UK healthcare market.

The most significant challenge that we will face over the next decade however, is keeping up with the demand for proton beam therapy. As the clinical evidence reads out, there will be more patient demand which will require the development of more operational centres. Proton Partners International will be at the forefront of the growth.

What further projects lie on the horizon? What excites you about the rest of 2017 and beyond?

We have just begun the installation process of the cyclotron at The Rutherford Cancer Centre, South Wales, which is really exciting as this is the part of the machine that actually fires the beam. I like to think of it as the heart of the proton beam therapy machine. Once this goes through the formal installation process, we hope to fire the first high-energy proton beam in the UK (not on a patient) by the end of 2017.

Vodafone: IoT Connected Healthcare Can Improve Millions of Lives and Save Billions of…