Brexit One Year On: Commentary from Paresh Davdra

By Paresh Davdra, CEO & Co-founder of RationalFX & Xendpay It was 1961 when Britain flustered into an application for membership of the European Economic Community – an initial step in the direction of something that would, over the years, translate to being a part of the world’s largest single market and by 1973, Britain […] 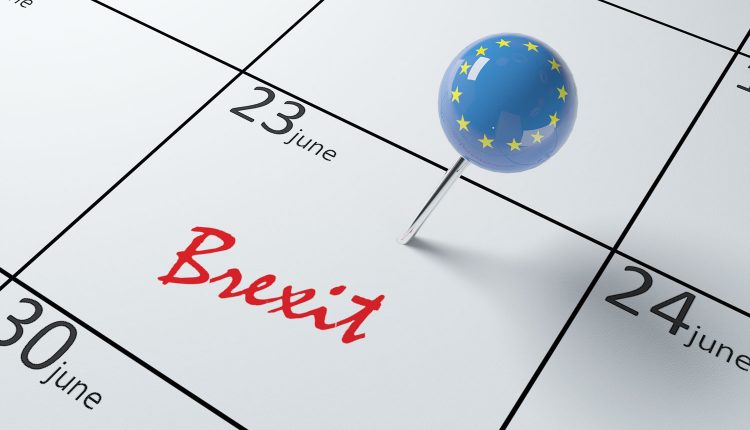 It was 1961 when Britain flustered into an application for membership of the European Economic Community – an initial step in the direction of something that would, over the years, translate to being a part of the world’s largest single market and by 1973, Britain was officially a part of the EEC.

The blueprint of this vision for the European Union, one that would be intrinsically linked on socio-economic paradigms, existed way before it was officially enacted upon under the treaty of Maastricht in 1993. The main reason for a Union was seen as a preventive measure against the possibility of future rises of nationalism, and along with this came the economic benefits through collaboration between a few of the world’s most productive countries.

In some ways, it feels like Britain’s membership of the European Union has come and gone quickly; what’s passed even quicker is the year since the UK decided to end their relationship with the EU. The implication of this development has affected more lives than one can count and of course has made a significant impact on the business sector of both the UK and the remaining EU 27 countries.

The immediate impact of the referendum was felt in the local currency valuation – in June 2016, the pound witnessed shock market devaluation as investors lost confidence in the UK’s future economic outlook. A total devaluation of 17% was immediately priced into the pound. Since then, a lot has transpired – we have faced the turbulence of the US presidential elections, which in addition to the June vote, appeared to spell an uncertain future of the global economic outlook. This did not change much, as uncertainty at home and uncertainty abroad combined began to affect the global markets, leaving investors riding on speculative waves through the initial months of Brexit and the US Presidential elections.

Then there was the legal challenge to the UK government’s ability to trigger Article 50 without going to Parliament. This entire affair actively shaped the market outlooks through the few months of court hearings and market fluctuations, with numerous ‘remainers’ possibly hoping for a U-turn on Brexit. Of course, this would not be the case in any way, yet the court hearings would see valuations of UK companies and the pound change within the course of mere minutes. Furthermore, organizations throughout the UK raised concerns over uncertainty of access to the single market, especially in light of immigration and passporting rights for employees, an aspect considered crucial by most international organizations that are headquartered in the UK, this story however, is on-going and much clarity is yet to be delivered.

Through the Brexit year, consumers have had to endure the news that Marmite and Nestlé coffee would now be more expensive, in addition to few other FMCG’s. At this point, organisations had already started to price in the beleaguered pound, as market confidence refused to budge. However, there seemed to be some hope for a few sectors of the UK economy; for instance, the export sector enjoyed the priced down costs on the back of the devalued pound – while the manufacturing sector faced the brunt of rising costs due to the same reason.

After the court hearing on triggering Article 50, a vote and a general debate in parliament raised points on mandatory mentions of key issues within the official notification for triggering Article 50. Thus began the process to pen down the divorce bill that marginally touched on issues such as promises of securing rights for EU citizens in the UK. Even though the picture appeared to be one of a panic struck market, in the initial days of 2017, we somehow found ourselves amid a seemingly buoyant economy. As UK organizations amended their overarching business plans, the economic data releases spoke a much sturdy language – bringing back hope to the UK’s future prospects as an independent economy.

On 29th March 2017, the Article 50 notification was presented to president Tusk, officially invoking Article 50 and starting two years of negotiations to establish a deal for the UK’s exit from the Union. In the letter presented to Donald Tusk, the UK acknowledged the ‘four freedoms’, the main doctrines that lie at the heart of the EU and buttress the single market. The UK pointed out that goods, capital, services, and labour are inseparable and emphasized that we are not pursuing association with the single market. Nevertheless, the importance of “economic and security cooperation” was emphasized on along with a stern mention of a “bold and ambitious” Free Trade Agreement that would encompass sectors crucial to the two linked economies such as financial services and network industries.

By now the markets have priced in the uncertainty of Britain’s future relationship with the EU, Prime Minister Theresa May has, on several occasions, announced a new outlook towards the world with a vision for a more ‘open’ Britain. The new outlook has brought to light new aspects of economic ties that Britain is seemingly inclined on exploring, especially the ‘look east’ policy – scouring trade ties with India and the Middle-East, either of which have not yielded concrete results thus far. However, this may not be the main challenge for the UK currently. The ability to maintain a skilled workforce along with seamless cooperation between international associations such as the regulatory authorities and other associations maintaining consistent global standards could be the challenge that we must address for a sustained outlook towards a better future, with or without the EU.

One year on since the referendum, much of the mist still remains. The way forward does appear clamorous with much room for scepticism, but being at the cross roads many times since the June vote has strengthened the ones involved, though it may be difficult to distract ourselves from hard economic truths – the way forward certainly does require hard work in truly looking at an independent and ‘open’ Britain.

The bravery of the UK is deeply reflected in its economic strength and the belief in itself is the key driver for the near future, the markets have righteously shrugged off the shock and scaled themselves to absorb even more. We are not at a time and place where a wait and see policy would flourish.