Ijeoma Ononogbu on Developments and Trends Within ADR 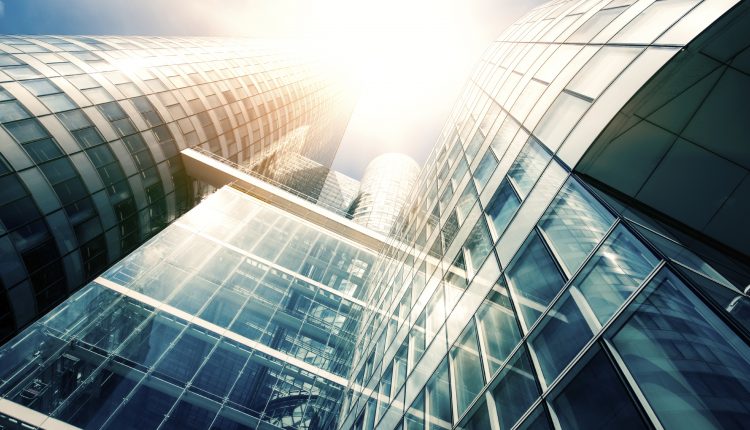 Ijeoma Ononogbu is a London-based Solicitor and an Arbitrator (FCIArb).

In our world, the global demand and interest in alternative dispute resolution (ADR) have led to phenomenal growth in its use by disputants. The popularity of ADR has triggered discussions across the legal profession including the use of mediation, online dispute resolution and hybrid ADR mechanisms such as Med-Arb, Arb-Med-Arb, etc. Here Ijeoma Ononogbu tells us more about it.

What is your role in dispute resolution?

I am a solicitor based in London, primarily a litigator. I work with my arbitration colleagues on matters involving both arbitrations and court processes. Essentially, I am an advocate and an ADR expert, with mostly arbitration expertise in international commercial arbitrations and investment treaty arbitrations. Often, the disputes I work on have some cross-border commercial aspect, usually complex and high-value. Many of my clients are large commercial entities and individuals who expect an exhaustive exploration of (alternative) dispute resolution mechanisms, before the consideration of a court trial. My passion for ADR stems more from a personal intellectual interest and social justice reasons. I subscribe to the use of ADR as a form of dispute resolution because of the ability to assist people, and commercial entities equitably achieve justice.

What made you specialise in ADR

ADR promotes dialogue, which we require in our ever challenging and changing world. The UK dispute resolution market remains predominantly litigation-based, with considerable arbitration work. Many processes are available to disputing parties which are still under-utilised. Consequently, I saw an opportunity for the resolution of disputes other than the use of litigation, arbitration, and mediation. Arbitration is in use by commercial entities, high-net-worth organisations/companies, while mediation, in particular, is heavily supported by the government, judiciary, and experienced advisers, yet it remains under-used. Conciliation and facilitation on the other hand are examples of ADR mechanisms, sparingly mentioned in ADR processes.

Why has there been a surge in hybrid ADR mechanisms?

The growth and development of ADR have led to an expansion of the possibilities within the ADR sphere. This is mainly because of the timely, inexpensive nature of ADR processes, as opposed to litigation. The court process has over the years been subjected to its delays and expensive nature, which made legal practitioners and disputants seek for alternative methods of resolving their disputes. ADR growth in the UK has been phenomenal, with the UK spearheading deliberations on ensuring ADR processes are in conformity with the changing times. The mandatory use of mediation by parties in a divorce and child custody before a court trial is a good example of where the UK has maintained its lead in the use of ADR in the dispute resolution process. On the other hand, mediation was predicted to flourish in Asia but has not so far. Developments such as the Arb-Med-Arb procedure in Singapore, which ensures enforceability of mediated settlement agreements, partnered  with UNCITRAL’s plans to develop a law on enforcement of mediated agreements, should help bring mediation to the forefront of parties’ and lawyers’ minds, either as an adjunct procedure or as a process in its own right.

How are ADR processes likely to change?

In recent years, there has been a notable growth and development of ADR mechanism.

Technology is changing virtually every aspect of our human existence. Online Dispute Resolution (ODR) is likely to increase in use over the next two decades. It presents parties with what they usually want for the right cases, given its attraction of a timely reasonable settlement and itsability to cut across jurisdictions. It is now time to see mediation and possibly arbitration enter the mainstream of ODR, after living in the shadows of litigation for a long time. The uniqueness of mediation and arbitration is the fact it gives parties back partial control and flexibility regarding outcomes.

Which ADR process is in use more frequently?

In my experience, international arbitration has been the process used more often, although I have increasingly noted the use of other types of ADR processes. However, as a general rule, the expectations of the users of the arbitration process and the sums of money involved lead to the same general structure being adopted.

All forms of ADR, especially international arbitration, involve the parties agreeing to arbitration as the process by which their disputes will be resolved. Typically, the parties also agree on the arbitral rules which will apply and which will form the‘rule of engagement’ criteria. With some institutions that promote competing for arbitral rules and procedural innovations, there is an assumption that the parties under the counsel of their lawyers have chosen the best option available to them or, at a minimum, the ‘least worst’ option. Therefore, the arbitral process evolves to address the individual needs of the users of the process, namely the parties in the dispute.

What would be your top 3 tips on ‘going the extra step’?

Experience shows that it is often the parties themselves who are often the most resistant to ADR mechanisms in their disputes. As a result, I advise from understanding the parties’ psychological state of mind. Consequently, I put all facts and evidence possible, as well as an unforeseeable scenario, before the parties and explain all efforts that will be implored to win the dispute.

Additionally, the use of party conferencing applications through technological platforms is vital. Usually, there is a provision of teleconferencing apps such as WebEx, AnyMeeting, Free Conf, GoToMeeting, Skype, Zoom for parties or witnesses in different jurisdictions. In most instances, the parties are given a choice to make a preferred platform option.

What does a typical day in the office look like for you?

My work follows the general structure of most legal practitioners – one or more rounds of factual witness statements and expert reports, followed by an oral hearing with conclusions by a written closing brief. However, as a general rule, the expectations of parties of ADR demands constant research and reading.

What inspires you to press further into your work?

I specialise in commercial disputes, as I have always been drawn to the complexities of many cases and the challenge of finding ways to resolve these disputes, in the most beneficial way for my clients. Negotiation is under-utilised, however, notably highly valuable for an ADR practitioner. I deal with a broad range of disputes encompassing arbitration, mediation and recently – online dispute resolution. In all forms of ADR, negotiation is the recurring decimal that continues to lead guarantee a positive outcome.

Today, there are highlighted divergent views on the role of legal practitioners. Parties are looking for lawyers to collaborate with them, on the other hand, lawyers see their role as advocates for the parties. As such, the expectation for a timely delivery is one party are unable to compromise. The feeling of self-satisfaction after a good, well-executed work is indescribable. In the legal profession, one is evaluated by the last case – success or failure, regardless of the circumstances.

The legal and cultural diversity of parties and counsel in international arbitration continues to create a source of issues to address. As a result, there are new opportunities with each new case to develop procedural solutions to suit the matter. The various global legal system means that one is always self-educated, for the success of a case is largely dependent on additional knowledge. A personal work mantra for me is: “Efforts are commendable; Results are the ultimate.” which continues to be one of my guiding principles.

Challenges for the growth of ADR

Solution to the growth and development of ADR

The crucial element is the maintenance and growth and development of ADR processes, such as International arbitration for the settlement of international commercial disputes. The requirement of hard work by everyone in the ADR field, to ensure the continued legitimacy of the process in the eyes of the user and their representative. The Global Pound Conference Series (GPC) in London on the 6th July 2017 will facilitate the development of dispute resolution in the 21st century.

2020 – A Turning Point for Diversity in the Financial Sector?