FS Post-Brexit: Should I Stay or Should I Go Now?

HR leaders in UK financial services firms are finding themselves caught between a rock and a hard place. Here, Steve Girdler, Managing Director EMEA at HireRight, looks at the future of FS firms in the UK and discusses the issue of skill shortage and migration of business. On the one hand, the financial services (FS) […] 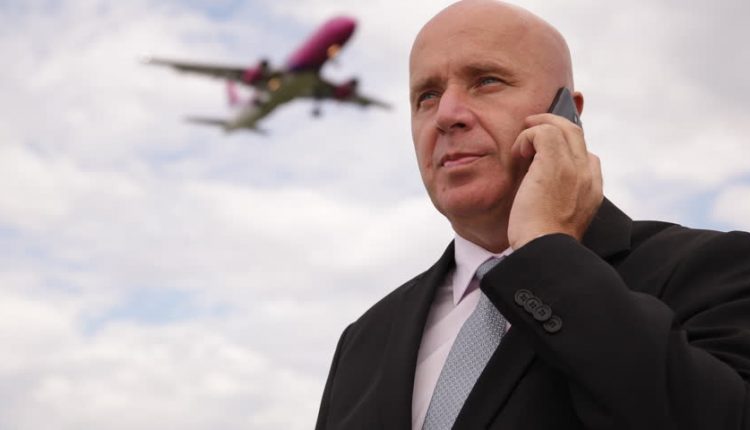 HR leaders in UK financial services firms are finding themselves caught between a rock and a hard place. Here, Steve Girdler, Managing Director EMEA at HireRight, looks at the future of FS firms in the UK and discusses the issue of skill shortage and migration of business.

On the one hand, the financial services (FS) sector is heavily reliant on the skills, diverse experience and local knowledge of the European workers who help make London a thriving international financial centre – a talent pool that’s at serious risk of drying up post-Brexit.

On the other hand, London’s historic advantages, which extend beyond its access to talent – factors like specialised infrastructure and even its geographical position between mainland Europe and the US – make it very hard for firms to conceive of a finance hub anywhere else in the continent that could rival the City, at least in the short term.

It is now a delicate balancing act, as firms look at hedging their bets to safeguard themselves against the potential risks of leaving the EU, while also keeping one foot firmly in the UK. With the challenge very much at the feet of HR departments, the approach taken over the months ahead will not only help to define what the future looks like but also determine how successfully and profitably their firms navigate through it.

Recent research from Deloitte shows that 47% of highly skilled UK workers – the lifeblood of the financial sector in London – are planning to quit the UK in the wake of Brexit. Inevitably, being highly skilled also means being highly sought after and these workers are not short of options if their future in the UK exceeds their appetite for risk and uncertainty.

But amid the storm clouds gathering over the City, there remain a few rays of sunshine. A recent study we conducted among over 2,500 HR leads around the world found that in the UK’s financial services sector, optimism remains. Almost two thirds (63%) of HR teams within UK FS firms expect their workforce to grow in the coming year. In contrast, only 4% are even discussing stopping recruitment in the UK in reaction to Brexit.

How not to gamble on the future

However, hiring in the UK will inevitably become more complicated as the government starts to dig into the specifics around which regulations to hold onto and which to scrap. This will be needed to keep us suitably in line with best practice on the continent, and identify what is likely to be tweaked to give the UK greater global appeal. These aren’t questions that it’s wise or even safe to try to assume answers to, because getting it wrong could prove costly.

Instead, a lot of companies are taking a middle approach, by trying to walk the line between cost efficiencies and covering all eventualities. A good example is the increase in UK FS giants opening up satellite units with head office potential in places like Frankfurt. In the current regulatory environment, it can take as long as two years to get an office fully functional in some European markets, so waiting to see what happens isn’t an option. If the UK becomes less hospitable, the escape route has been readied. If not, then the loss is limited to the short term maintenance of an additional office. Expensive, but not a disaster.

For HR teams the challenge is even more complicated. Reining in hiring of European workers may seem like the safe option to offset risk, but doing so en masse would bottom out the jobs market and speed up the exit of those talented foreign nationals. On the other hand, leaving themselves too reliant on the skills of non-UK workers comes with its own risks, especially if any form of “hard Brexit” becomes a reality.

No margin for error

One thing that’s immediately apparent is that any hires that are made need to be as risk free as possible, which means two things: trusting a candidate’s credentials – their ability to do the job honestly, fairly and diligently – and remaining compliant whatever the situation.

This calls for a high level of due diligence to be performed on all significant hires, or indeed anyone with access to sensitive information. Whichever way the regulation goes, backtracking from the recent Senior Managers Regime, where all senior staff must be thoroughly vetted, seems unlikely.

However, compliance with the FCA is only part of the picture. With budgets stretched by policies trying to offset risk, and growth restrained by uncertainty, a costly reputational scandal becomes an even greater concern, even if it’s not accompanied by a hefty fine.

A fork in the road

It’s going to be difficult for firms to know what the best course of action is with so much uncertainty ahead and no obvious stability on the radar. To come out the other side in the best shape, they need to forecast ahead to the regulatory landscape over the next few years.

But whether the UK develops its own unique position as a regulatory pioneer – as has been the case within the EU – or whether it aims to make itself more competitive by relaxing regulations, maintaining security precautions around the individuals at the top is one thing that’s almost guaranteed. Removing these measures would directly make banks more susceptible to malpractice, scandal and fraud, at a time when the UK is more worried than ever about its international reputation as a “strong and stable” finance hub.