Alok Chugh from EY: An Update on Tax in Kuwait

This month Finance Monthly reached to Alok Chugh from EY for an update on tax in Kuwait. Alok is a partner with EY’s Middle East practice and is based in Kuwait. He has lived and worked in Kuwait for over 24 years and has detailed knowledge of business and taxes in the country. He has […] 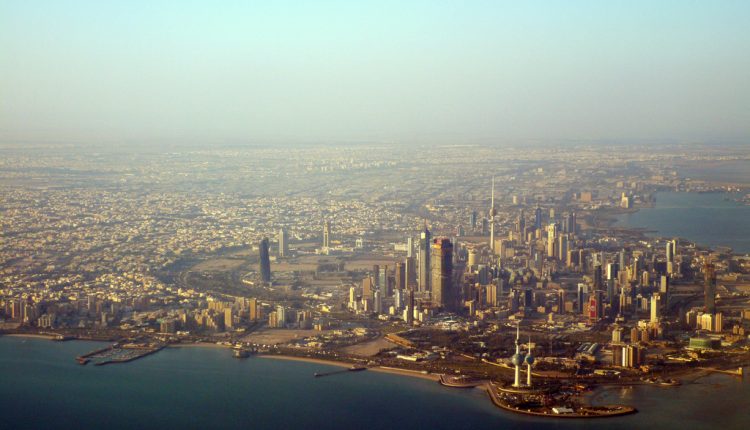 This month Finance Monthly reached to Alok Chugh from EY for an update on tax in Kuwait. Alok is a partner with EY’s Middle East practice and is based in Kuwait. He has lived and worked in Kuwait for over 24 years and has detailed knowledge of business and taxes in the country. He has considerable experience in advising entry-level strategies for foreign multinationals wishing to do business in Kuwait. Alok has been involved in a number of consulting assignments (including cross-border planning, application of double tax treaties and the efficient handling of tax and commercial affairs for project due diligence, business paper preparation or review, and structuring operational activities). Alok is a member of the Institute of the Chartered Accountants of India and is an active member and frequent lecturer at the American Business Council, French Business Council, British Business Forum and Canadian Business Council in Kuwait. He is also on the Board of the American Business Council in Kuwait. Alok has been consulted by various government organizations on the practical implementation of various regulations in the country, including the Ministry of Finance. Alok also works closely with the Kuwait Direct Investment Promotion Authority (KDIPA) and a number of other government institutions.

What have been some of the hottest topics being discussed in Kuwait in relation to tax, since we last spoke in April?

Amongst the others, the two most discussed topics as of now are:

On 7 June 2017, 68 jurisdictions, including Kuwait, signed the MLI during a signing ceremony hosted by the OECD in Paris. Eight other jurisdictions expressed their intent to sign the MLI in the near future. At the time of signature, signatories submitted a list of their tax treaties in force that they would like to designate as Covered Tax Agreements (CTAs), i.e., to be amended through the MLI. At this stage, it is expected that over 1,100 tax treaties will be modified based on matching the specific provisions that jurisdictions wish to add or change within the CTAs nominated by the signatories.

What have been some of the main challenges that your clients have been facing in the past 6 months?

From the VAT front, the introduction of VAT represents the most significant challenge for businesses in the region for many years. Failure to achieve VAT readiness by the VAT go-live date will have both a serious financial and reputational impact on businesses. With only three months remaining for the VAT implementation, the clients are facing sudden pressure to be ready for their operations in KSA and UAE, as well as prepare in advance for the implementation in Kuwait.

From the on-going BEPS initiatives, the clients are facing challenges to assess the impact of such changes to the treaties they rely on and to identify resources to assist the assessment process.

What are the unique challenges of assisting your clients with tax advisory, given the ever-changing landscape of industries, customers and competitors?

The practices of Kuwait Tax Authorities (KTA) are not consistent. With so much going around the world like VAT implementation, BEPS initiatives and the practices of the Tax Authorities in other countries, the KTA also change their approach frequently. However, our strength lies in our relationship with the KTA that we are able to keep our clients informed about the key changes in the laws and regulations and the practice of the KTA, ahead of the time.

Tell us a bit about EY’s Kuwait office.

Our firm representatives about 70% of the tax clients in the country and we are proud to serve almost all the major market players. We are a team of about 50 tax specialists, the largest tax team amongst the tax service providers, which includes team of experts in VAT, BEPS, Transfer Pricing, cross border tax advisory and tax compliance services.

What motivates you about your role? What is the most rewarding aspect to it?

As I said, the Kuwait market is very uncertain and the regulations, practice of the KTA and other regulatory changes are rapid. Despite the challenges and the uncertainties, being able to deliver the results in the best interest of the clients, is what motivates me the most.