Drooms: The Biggest M&A Blunders and How to Avoid Them

By their nature, M&A transactions are challenging at the best of times – never mind during periods of political and economic uncertainty. History is littered with unsuccessful deal-making that more often than not leads to poor staff retention rates, buy side write-downs, divestment, dissolution and/or bankruptcy. Typically, failed transactions are caused by a culmination of […] 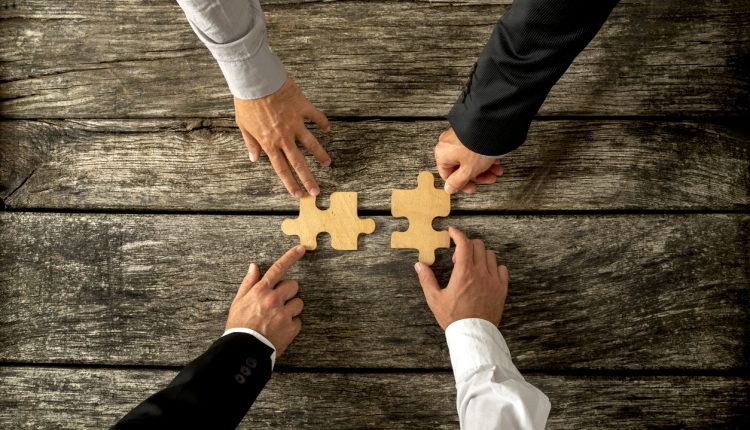 By their nature, M&A transactions are challenging at the best of times – never mind during periods of political and economic uncertainty. History is littered with unsuccessful deal-making that more often than not leads to poor staff retention rates, buy side write-downs, divestment, dissolution and/or bankruptcy.

Typically, failed transactions are caused by a culmination of different issues. So what are some of the major industry pitfalls that merging parties ought to be aware of?

Believe it or not, many investors do not focus on the long term strategy associated with a merger or acquisition. The logic behind a deal is all too often side-lined for short term goals and perceptions driven by politics, ego and self-interest. In 2005 EBay’s acquisition of Skype, which left many dumbfounded, was valued at $2.6 billion. The lack of rationale behind the deal was a topic of much criticism. Four years and following an £860 million write-down, the e-commerce corporation announced the sale of over half of the telecommunications company. Although it is clear that in order to gain better insight long-term, reforms that substitute quarterly updates for more extensive financial reporting periods need to be implemented, the issue of an effective incentives system remains unsolved.

Disregarded for the most part, culture actually plays a big role in the success or failure of a merger. According to the Society for Human Resource Management, clashes account for more than 30% of overall failures. A particularly high profile case gone awry was AOL’s merger with Time Warner in 2001 referred to subsequently by Jeff Bewkes as ‘the biggest mistake in corporate history’.

The deal which equated to a $99 billion loss and led to the eventual divorce of the conglomerate in 2009, caused numerous job losses, retirement plans, workplace disruptions and probes by the SEC and Justice Department over the eight year period.

Although there are a number of variables outside of a buyers’ control, a focus on realistic and applicable core values, an effective internal communications strategy and an engaged workforce can help safeguard against the worst outcomes.

Being unprepared for the due diligence phase is among the most common reasons for botched deals. M&A transactions rarely fail due to lack of knowledge however. Over half of them go pear-shaped because those involved in the deal are reluctant to confront issues head on. All areas of potential liability therefore need to be acknowledged and investigated.

Buyers are often guilty of proceeding with a deal despite the challenges they face because of the amount of time and money involved. Being prepared to call it a day if risk outweighs benefit is critical. Allocating inadequate resources during the review stage cost Bank of America $50 billion in legal fees following the acquisition of Countrywide Financial in 2008. The former, which also suffered significant reputational damage, paid the ultimate price for mistakes made by the mortgage lender.

Going about due diligence strategically in both a logical and rational way is paramount to ensure success, as is transparency. Although it may seem counterintuitive, in order to increase trust and iron out potential issues from the get go, sellers should guide buyers to areas of potential difficulty rather than wait for them to learn of the issue themselves much later on in the process, which could result in a breakdown of trust.

Not using the right tool for the job

These days the majority of transaction due diligence is carried out online and handled by virtual data rooms (VDRs) facilitating, among other things, the digitisation of documents, the automation of tasks and the streamlining of workflows.

Given the need for highly secure access to confidential documents during the due diligence phase, security should be the priority for everyone implementing a VDR. Two-factor authentication, automated encryption and a detailed rights management system that enables the administrator to grant different permissions is essential.

A VDR should allow for high-speed access to documents, high-speed batch uploads to process large volumes of documents and real time document translation given the increasingly international nature of M&A transactions.

The software should also allow all parties to conduct their due diligence in a structured and transparent manner. A clear and flexible index structure that supports document review workflows, a structured Q&A and a reporting process that creates a clear audit trail should all be sought out and secured.

Drooms, Europe’s leading virtual data room provider, works with 25,000 companies around the world including leading consultancy firms, law firms, global real estate companies and corporations such as Morgan Stanley, JLL, JP Morgan, CBRE, and UBS. Over 10,000 complex transactions amounting to a total of over EUR 300 billion have been handled by the software specialist.

Can a Car Accident Affect Your Credit Score?

If Your Car Was ‘Totaled’ What Are Your Options?

When and How Can Spread Betting Be Profitable?

Top 5 Biggest Reasons to Apply for A Payday Loan