As part of Finance Monthly’s brand new fortnightly economy and finance round-up analysis, Adam Chester, Head of Economics & Commercial Banking at Lloyds Bank, provides news and opinions on UK and global markets touching on the Bank of England, Brexit and currencies. The pound fell to an eight-year low against the euro over the past […] 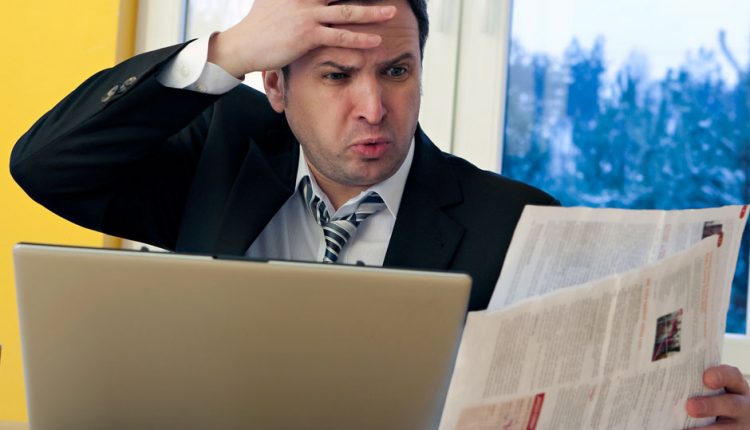 The pound fell to an eight-year low against the euro over the past week, pushed by ongoing signs of momentum in the Eurozone and concerns over the outlook for the UK economy.

Sluggish wage growth has also fuelled concerns about the strength of the economy as a whole.

The Office for National Statistics reported that average weekly earnings grew by 2.1% year-on-year in the three months to June – equating to a 0.5% fall in real wages.

While there can be little doubt that the fortunes of the Eurozone have improved, despite Brexit uncertainty, the fall in the pound looks overdone and the UK’s position could now be shifting.

The jury remains out on the extent to which Brexit uncertainty is weighing on sentiment, but earlier indications of a sharp slowdown in economic growth have given way to signs of stability.

Undeniably, the economy slowed sharply in the first half of this year. Quarterly GDP growth averaged a below-trend 0.3% across the first six months of 2017, compared with 0.6% in the second half of 2016.

As the third round of Brexit discussions gets underway however, reports including CBI industrial trends, purchasing managers index (PMI), labour market and even retail sales are all showing signs of improvement.

While plenty of downside risks remain, for now, households and businesses are in the main managing to cope with the challenges.

According to the ONS, total employment rose by a further 125,000 in the three months to June, pulling the unemployment rate down to 4.3% – the joint lowest rate since 1975.

Separately, the CBI reported last week that industrial orders rose this month, approaching the 29-year high seen in June. The trade body stated that a rise in both domestic and export orders was behind this rise, with the latter fuelled by the drop in the pound and the turnaround in the Eurozone’s fortunes.

Improvements didn’t stop there. The latest UK public finances data were also better than expected. July’s public finances were back in the black for the first time since 2002, thanks to surging tax revenues.

The beleaguered retail industry also saw a return to stability. Sales rose by 0.3% in both June and July, though this could prove temporary, as the latest CBI retail trades survey suggests renewed weakness in August.

Brexit and the Bank of England

At its policy meeting earlier this month, the Bank of England remained studiously agnostic on the implications of Brexit. For forecasting purposes, it assumes a “smooth transition” post March 2019, but makes no judgement about what form the UK’s eventual relationship with the EU may take.

It’s clear, however, that uncertainty continued to weigh heavily on the minds of UK rate-setters when they left the bank base rate unchanged again this month by a margin of 6-2.

Alongside this decision, the bank published its inflation report, containing modest downward revisions to GDP predictions for this year and 2018. Inflation is expected to remain above its target of 2% over the next three years.

Judging by the reaction, these latest communications have been taken as evidence that UK interest rates will remain on hold for a long time.

The markets are not priced for a first quarter-point rise until mid-late 2019, and the rate is expected to be below 1.0% in five years’ time.

But this looks overdone.

Market participants seem to have focused on the most dovish aspects of the Inflation Report, ignoring the explicit warning the rate may rise more sharply than the market yield curve expects and forgetting the implications of the ending of the Term Funding Scheme (TFS).

The programme has been in place since last August to help provide cheap finance to the banking system.

It would be odd to increase rates while at the same time mitigating the impact through TFS, so when it ends next February an obstacle to an early rate rise will have been removed.

On balance, the recent scaling back in UK interest rate expectations, and the corresponding impact on the pound, may have gone too far. There remains a significant risk that the first rise comes earlier than the market expects – possibly by early next year.

Much will depend on how Brexit negotiations develop. One thing is certain, the markets will be watching closely for any signs of progress.