Has Bitcoin Just Become an Even Higher Risk Investment?

In recent weeks the mainstream media has gone Bitcoin crazy, with articles and segments, raising the profile of cryptocurrencies generally and Bitcoin more specifically in the popular consciousness. This is in part because of recent price rises that briefly took the price to more than US$5,000 per BTC. The question is, is now a good […] 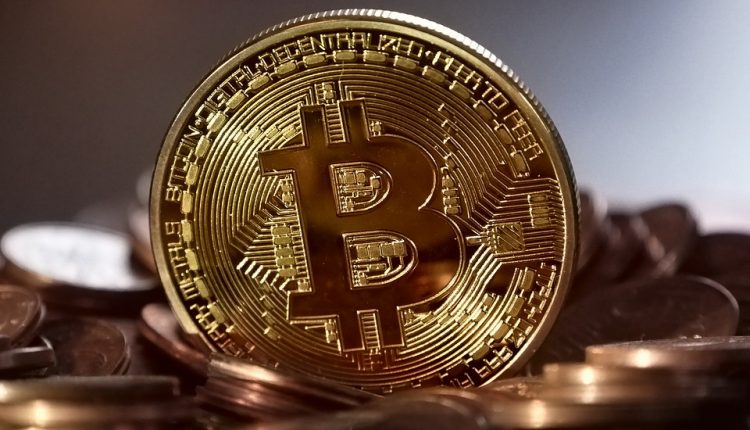 In recent weeks the mainstream media has gone Bitcoin crazy, with articles and segments, raising the profile of cryptocurrencies generally and Bitcoin more specifically in the popular consciousness. This is in part because of recent price rises that briefly took the price to more than US$5,000

per BTC. The question is, is now a good time to buy?

Before embarking on an answer, it is worth outing myself. I have been a Bitcoin investor for almost two years, so I have had the chance to bank some of those 1,000% gains. As you might imagine, I’m a fan.

However, on 1st August, Bitcoin changed in nature and to my amateur investor eyes, it seems that the risk profile has altered dramatically as well.

After more than three years of discussion (read: hostile arguments) online about the way forward for Bitcoin, a change in the code was enacted on 1st August. This is called a hard fork – owing to the fact that the underlying blockchain was split into two. This created a new coin called Bitcoin Cash.

Those arguments, which were quite ugly in places, related to the size of each block in the chain. Being data files, smaller blocks can contain less data than larger blocks. To you and I, that means that less transactions can be processed in smaller blocks. If Bitcoin is to really grow and scale, the argument is that it needs to be capable of handling many more transactions per second than was the case. One side of the debate wanted bigger blocks and more transactions, whilst the other side wanted new software projects that occur “off chain” with the current block size to remain fixed.

The arguments pre-fork were that smaller blocks would make Bitcoin slow and transactions more expensive, while bigger blocks would make the system fast and transactions would be cheap. After a little over one month, the evidence seems to suggest that is likely to be what is actually happening, but it is really too soon to know for sure. Faced with two coins, one that enables transactions within minutes and costs a few cents and another that is many multiples more expensive and takes an unknown amount of time, perhaps more than an hour to complete a transaction, there are many people that believe that most consumers and merchants are likely to opt for low costs and fast processing.

Will Supply And Demand Be Impacted?

These changes come at an important time for Bitcoin’s acceptance. The Japanese government has recently introduced rules to make Bitcoin legal and this year it is being rolled out across bus and railway stations nationwide, plus major shopping chains and into society at large. This, along with many other positive steps suggests that demand is going to continue to head upwards. However, the split of 1st August will have an impact on the supply side of the new Bitcoin Cash.

Anyone with Bitcoin on 1st August was able to “split” their coins and create an exactly equal number of Bitcoin Cash. The new Bitcoin Cash uses the same coin creation and halving schedule as the original Bitcoin, meaning that there is a fixed limit of 21 million coins to be created. In contrast to Bitcoin though, there are likely to be a great many people that were not following the debate closely and will not create their additional coins. Who knows how many this may be in total? The reality though is that when added to the number of the original Bitcoin that has already been lost or burned over the years, total lifetime supply is likely to be much lower than 21 million coins. If Bitcoin Cash catches on, this will likely be a future driver of price.

Opinions on the fork differ widely. Finance Monthly spoke to Ofir Beigel, founder of the popular website 99Bitcoins.com. When asked how he viewed the split he told us, “I consider Bcash to be just another altcoin – I’m saying this mainly from a market perspective. The market has spoken in the sense that Bitcoin’s adoption and usage weren’t hindered by the fork and the emergence of Bcash. Personally I think the results of this fork were a huge vote of confidence for Bitcoin, its maturity and stability.”

How Decentralised Is Bitcoin, Really?

One fear for Bitcoin is that it is not as decentralised as people might think. Yes, there are miners and nodes (processing the blocks) around the world. Yes, coins are owned by funds, companies, investors and traders. Yes, businesses globally are now accepting payments. And on and on. However, because of the nature of its formation, much like modern society, there is a disproportionate amount of power in the hands of a small number of guys (Bitcoin’s early adopters were overwhelmingly male). They came to be known as Bitcoin Barons.

Most of those early adopters bought – and still own – large numbers of coins. This has made them very, very wealthy. Some have used parts of that wealth to launch their own crypto start-ups, invest in other start-ups and coins, launch their own currencies and generally be very involved in the growth of cryptocurrency. This means that this relatively small group of developers and technologists are typically involved in more than one part of the ecosystem and many of them know each other. In other words, they have influence.

How Annoyed is Everyone, Really?

The arguments of the last few years have been very personal and many people have taken offence. Whilst they were all stuck in the same boat supporting one Bitcoin, the arguments could rage, insults be hurled and the show went on. Now that there is a second coin, that is no longer guaranteed.

Ultimately, both Bitcoins are incredibly similar, which means that if a person or business was capable enough to develop something useful for one, it can be applied to the other very easily. In some cases, such as mining, automatic scripts enable switching between the two at a moment’s notice.

This is the crux of the problem. Do all those heavily invested technologists need to support the original Bitcoin when they now have their own Bitcoin Cash to support and grow? The answer is clearly no and the situation is not helped by the previous and ongoing animosity.

Earlier in 2017 consensus formed the New York Agreement when most of the major players agreed to provide support until November, but there is no guarantee that this will be upheld. For all their confidence over the last three years, the developers arguing for small blocks seem to be quite vulnerable. Either or both of heavy selling by the early investors – who we might think of as whales – or removal of services by businesses within the ecosystem could cause major dislocations in the market.

It is not easy to image Bitcoin in a death spiral, it is very likely to survive long into the future. The risk is that the chain does become slow and clogged, transaction times and fees do increase and it becomes less and less usable, with the faster, cheaper and directly comparable Bitcoin Cash available in the market. If that happens and the technologists remove support or sell their coins, the old chain and those amazing prices could be in grave danger.

It is clearly in nobody’s best interests to crash Bitcoin. That would set the cryptocurrency space back several years. Removing support, selling holdings over time and letting the market decide is a different matter though. For both Bitcoin and Bitcoin Cash the next few months will be make or break.