Luxembourg Transfer Pricing: What you Need to Know to be Compliant

Written by Philippe Neefs, KPMG Luxembourg Transfer Pricing Leader Since 1 January 2015, Luxembourg’s transfer pricing regime has been based on article 56 of the Luxembourg Income Tax Law (LITL), which introduced the arm’s length principle into local Luxembourg law. In addition, the Luxembourg tax authorities could also refer to article 171 of the Abgabenordnung, […] 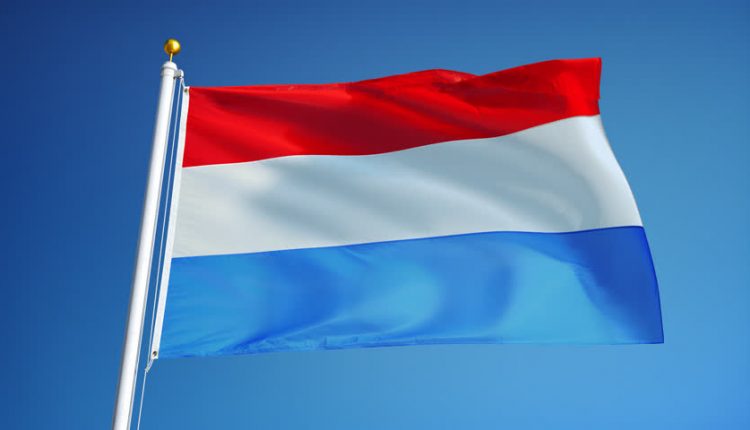 Since 1 January 2015, Luxembourg’s transfer pricing regime has been based on article 56 of the Luxembourg Income Tax Law (LITL), which introduced the arm’s length principle into local Luxembourg law. In addition, the Luxembourg tax authorities could also refer to article 171 of the Abgabenordnung, modified by the Law of 19 December 2014, which essentially states that taxpayers should be able to provide transfer pricing documentation sustaining the arm’s length character of all intercompany transactions.

On 27 December 2016 article 56bis was introduced, together with the publication of a new transfer pricing circular for companies principally performing intra-group financing activities. This new article, applicable as from 1 January 2017, gives taxpayers and Luxembourg tax authorities more guidance on how to apply the arm’s length principle in the context of a wider value chain analysis. It focuses on the comparability analysis based on the OECD’s five comparability factors approach. The comparability factors to be taken into account are the following:

The circular published on the same day as article 56bis clarifies the transfer pricing rules applicable to entities principally performing intra-group financing activities (Circulaire du directeur des contributions LIR n° 56/1-56bis/1 of 27 December 2016). The scope of the application of the circular remains the same as under the 2011 transfer pricing circulars previously applicable in Luxembourg. Notably, it applies to all entities realising intra-group financing transactions, while holding activities remain out of its scope. The definitions of “intra-group financing transactions” and “associated enterprises” remain unchanged.

In this new circular, strong emphasis is put on the analysis of the risks assumed by the companies. In that regard, different factors need to be taken into account such as the solvency of the borrower, the potential guarantees for specific financing transactions, the costs in relation to the financing transactions, and the actual value of the underlying assets.

The circular further provides that if a company has a similar functional profile to the entities regulated under EU Regulation n° 575/2013 that transposes the Basel Accords, and the company has an amount of equity complying with the solvency requirements under this regulation, then it is considered to have enough capital to support the risks assumed. Moreover, as a safe harbour, it is considered that such a company complies with the arm’s length principle if its remuneration corresponds to a return on equity equal to 10% after taxes. In practice, it is not expected that many Luxembourg companies will fall into this category due to the particular nature of the required functional profile.

All other companies should perform an analysis to determine the necessary capital at risk using the widely accepted methodologies in this area. These companies must have the financial capacity to assume such risks. The level of capital at risk should correspond to the functional profile under review, meaning that the required capital at risk should decrease when the risks borne become more limited. It must be noted that there is no reference anymore to the minimum required capital at risk of 1% of the financing volume (capped at €2 million) that could be derived from the application of the 2011 transfer pricing circulars.

Furthermore, the circular provides that in order to be able to control the risks (i.e. the decision-making capacity), the company performing the intra-group financing transaction should comply with the following substance requirements:

The circular additionally provides for a measure of simplification, which a taxpayer can opt for should the following conditions be fulfilled:

It will be considered that these taxpayers comply with the arm’s length principle if their remuneration corresponds to a return on the financed assets of at least 2% after taxes. However, these cases will be subject to exchange of information.

The circular specifies that it remains possible to obtain an Advanced Pricing Agreement based on the facts and circumstances of each case if the conditions outlined in the circular are respected. It further stipulates that any Advanced Pricing Agreement issued before the entry into force of article 56bis LITL should not be binding by the Luxembourg tax authorities as from 1 January 2017 for the fiscal years following 2016.

Although it is not indicated, it can be interpreted that a Luxembourg entity carrying out an intra-group financing activity that does not have the so-called organisational and economic substance would be considered a conduit entity and that this information can be exchanged spontaneously with concerned jurisdictions. It can be anticipated that tax audits in source jurisdictions may be initiated and that the beneficial owner status of the Luxembourg entity may be questioned.

In light of these developments, previous Advanced Pricing Agreements and defensive transfer pricing documentation need to be reviewed and possibly updated.

Additionally, on 27 December 2016 the law on non-public country-by-country (CbC) reporting transposing the EU Directive 2016/881 of 25 May 2016 into domestic law was published. This measure reflects OECD/G20 BEPS Action 13. On 12 July 2017 the Luxembourg tax authorities acknowledged and explicitly referred to the OECD’s guidance on the implementation of the CbC reporting. Nevertheless, it is important to note that Luxembourg has not yet implemented any measures that would transpose the Master File and the Local File requirements under OECD/G20 BEPS Action 13. The author hopes that Luxembourg will transpose these measures into its domestic law in order to fully comply with the multi-tier transfer pricing documentation standard. This would further confirm Luxembourg’s commitment to the greater transparency that is required today.

As a result of this legislation, constituent Luxembourg entities must notify the Luxembourg tax authorities as to whether they are an ultimate parent entity, surrogate parent entity, or constituent entity. If the constituent entity is not the reporting entity that will be filing the group’s 2016 CbC report, they must provide the identity and tax residence of the actual reporting entity to the tax authorities. MNE groups with a fiscal year-end in 2016 had to provide this notification by 31 March 2017 (instead of 31 December 2016, which was originally the deadline). This notification procedure is performed online on a specifically dedicated website of the Luxembourg tax authorities. Luxembourg’s new law requires the first CbC reports to be filed for fiscal year 2016 within 12 months of the last day of the reporting fiscal year of the group (e.g. 31 December 2017 if the 2016 accounting year of the MNE group ends on 31 December 2016). Failure to do so may entail a fine of up to €250,000!

As a conclusion, the above mentioned measures are welcome on the Luxembourg market, as they provide additional guidance on the application of the arm’s length principle. The new article 56bis LITL can be seen as a transposition of OECD/G20 Base Erosion and Profit Shifting (“BEPS”) Actions 8-10. These developments mirror international and European ones, putting Luxembourg on a level playing field. The author, however, anticipates an increase in tax audits and would advise the preparation of agile transfer pricing documentation. In this respect, readers must ask themselves the following questions with respect to their Luxembourg investment structures:

COP26: When Politics and Solutions Collide