Savings, Investment and 6 Forecasts for the Future of FinTech

Keith Bedell-Pearce, Chairman of 4D Data Centres, here looks at what’s hot in savings and investment FinTech and makes six forecasts for the future. Financial technology, an ugly duckling with modest beginnings in the back offices of fund management and insurance companies, has now emerged as the black swan called FinTech. Covering everything financial from […] 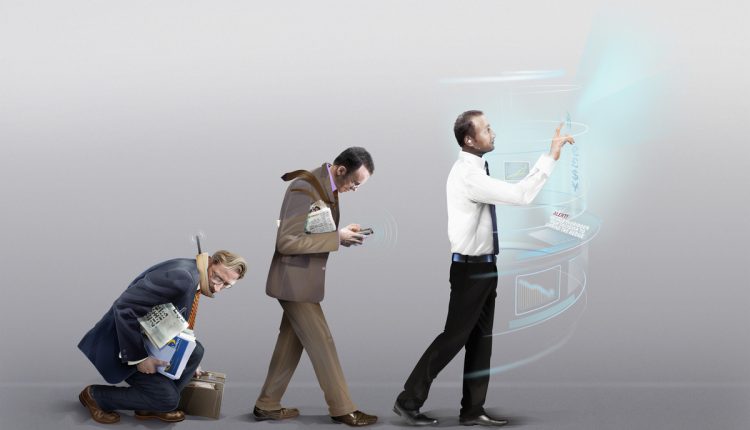 Financial technology, an ugly duckling with modest beginnings in the back offices of fund management and insurance companies, has now emerged as the black swan called FinTech.

Covering everything financial from pay-as-you-drive insurance (and, scarier, pay-how-you-drive) to crypto-currencies, FinTech is now one of the hottest properties for VCs from Silicon Valley to Shoreditch’s Tech City.

FinTech is not just a single disruptive technology but an entire range of digital processes that are set to transform the historically staid world of financial services.

There are three aspects of FinTech that promise to be disruptive game changers in the UK savings and investment market. Here’s an overview of what that market looks like:

Because of regulation that somewhat ironically came in on the heels of the deregulation of UK financial markets known as Big Bang 30 years ago, there are now high barriers to entry into the UK savings and investment market in terms of increasingly tough and rigorous regulation of the conduct of financial services businesses. This is coupled with equally rigorous capital adequacy requirements.

Big Bang brought about enormous change in how business in the City was done but in an area where God has always been on the side of the big battalions, after some innovation in the late 80s and early 90s, in the last 20 years there has been little real innovation. Product-driven marketing is still the rule in practice despite every provider protesting that the customer comes first. All this is now going to change.

The first driver for change is the realisation of incumbent players that almost everything in their store cupboards is past its sell-by date. The nearly complete adoption of digital technology by everyone who has money to save and invest (and lots of people who don’t but would like to) means that if the incumbents don’t adopt a new approach, they will lose their share of the most profitable sector of the UK economy. The next generation of savers, today’s Millennials, don’t have the money to save but when they do, they will expect to manage their money on a hand-held device and will naturally gravitate to the providers who will give them the app to do this.

Although they wouldn’t admit it publicly, many of the big players in the savings and investment market now recognise that they have neither the in-house culture nor the expertise to drive the revolution in the way they run their businesses required to continue to be a market leader in the FinTech digital age.

The answer for the more innovative of these big players is to enter into collaborative arrangements with FinTech start-ups and specialist FinTech consultancies that do have the vision of innovative, low operational cost, customer-focused offerings. Examples are BNP Paribas linking its own Luxembourg-based incubator with ecosystem players Partech Shaker and Paris-based NUMA. Deutsche Bank has a partnership with startupbootcamp FinTech in New York. This is a trend with growing momentum. There seems to be more start-up link-ups and partnerships involving product providers in continental Europe and the US than here in the UK even though many of the start-ups and specialist FinTech consultancies involved are based in the UK.

For the start-up, such partnerships offer a slice of the main action which would be out of reach because of a lack of capital and regulatory know-how.

The second major driver for change is the almost universal attempts of the world’s major banks to harness the huge potential of blockchain technology. Except they no longer call it “blockchain” (presumably because of its association with crypto-currencies) but the much more respectable name of “Distributed Ledger Technology” or “DLT”. Such is the interest in the revolutionary potential of DLT, a global consortium of major banks has been formed in what is called the R3 DLT initiative.

Leaving on one side bitcoin, the original key application for DLT in FinTech was seen as so-called “smart contracts” focused on the front end of transactions in securities markets but it soon became clear that DLT could have relevance to the entire delivery chain of both conventional banking and the savings and investment market. For example, slow and inefficient back office functionality could be replaced by DLT- based processes resulting in major reductions in cost. This applies to fund management businesses as well as banks.

The defining characteristic of DLT is its inherent security of its self-reconciling, immutable distributed databases which also counters targeted cyberattacks and fraud on centralised digital ledgers. Another plus point is it operates in near-real time.

As well as the R3 DLT initiative, most of the major banks in the developed economies have major DLT projects. Some are now moving from the proof of concept phase to practical implementation. Examples are Calastone, a global funds transaction network, with its first phase proof of concept completed in June 2017 and BBVA who claims “first real life implementation” of Ripple’s DLT system.

DLT has the potential to bring about a revolution in the savings and investment market and many other areas of commercial activity as significant as the invention of the world wide web.

Open API the engine of change

The third FinTech driver for change is the Linux-based open Application Programming Interface, generally known as “Open API”, which enables third-party access to banks’ customer data. For the banks, this could be an opportunity to monetise their customer data although there is resistance from some banks, particularly in the US, on the grounds of security and confidentiality.

The technology will enable potential customers to access third-party services within the banking ecosystem. There would also be an opportunity for banks to provide white label offerings to third-party product providers and distributors to access the banks’ customer data.

A UK Open Banking Working Group has been created to facilitate open API. The Treasury is apparently supportive of this innovation and said it would legislate “if necessary”. The working group states “Open Banking will mean reliable, personalised financial advice, tailored to your particular circumstances, delivered securely and confidentially”. At present, giving advice with these characteristics involves long (and therefore costly) fact-finds and this process in practice is a major barrier in the UK to the seamless delivery of online savings, investment and pensions products. If Open Banking delivers what it promises, the effect on both product design and delivery will be as far reaching as the impact of Big Bang on the City 30 years ago.

These are already some implemented examples of open API such as (perhaps not surprisingly) Silicon Valley Bank’s open banking platform “Banking as a Service” and the German online bank, Fidor. There are a lot more known to be in the pipeline and for once, this a technology where Europe might have the edge on the US.

Six forecasts for the future

Our forecasts about the impact of FinTech on the savings and investment market are:

One final bit of advice, for those who are involved in savings and investments products, marketing or distribution, now is the time to start networking with the FinTech geeks. They hold the key to the future of this fundamentally important part of the UK economy.