US retailer Toys ‘R’ Us file for Bankruptcy

The trend of bricks and mortar stores falling foul of the move towards online shopping struck once more yesterday as retail giant Toys ‘R’ Us filed for Chapter 11 bankruptcy in the US and Canada to protect itself from creditors while they attempt to re-organise the business. Founded in the 1950s and once the dominant […] 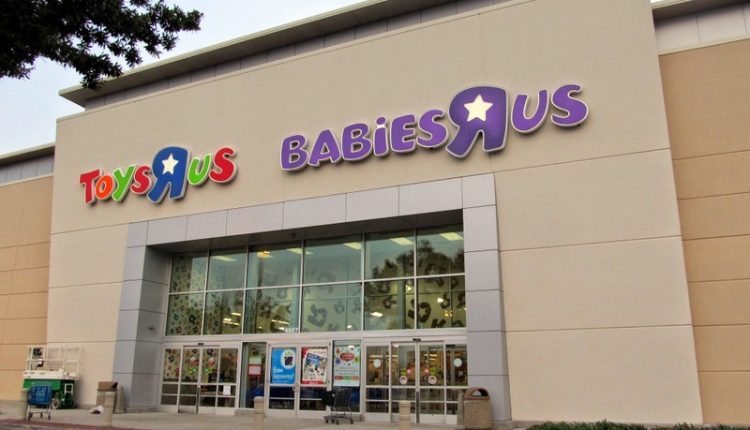 The trend of bricks and mortar stores falling foul of the move towards online shopping struck once more yesterday as retail giant Toys ‘R’ Us filed for Chapter 11 bankruptcy in the US and Canada to protect itself from creditors while they attempt to re-organise the business.

Founded in the 1950s and once the dominant market leader for toy sales in the US and in other countries, Toys ‘R’ Us has struggled recently to combat the shift to online shopping and against larger retailers such as Amazon and Wal-Mart and to leverage their high debt.

The firm, which is owned by 3 private equity firms (KKR, Bain Capital and Vornado Realty Trust – who bought the business in 2005 for $6.6 billion), have stated that they have received offers of more than $3 billion from investors, which could help prop up the company in the run up to the busy Thanksgiving and Christmas trading periods.

The future of the business is still in doubt, and could lead to the closure of 1,600 stores and the loss of 64,000 jobs across both countries.

End of an era?

For many Toys ‘R’ Us closing would signal the end of an era. Since it opened in 1957, the toy store has become a favourite with children worldwide with their recognisable backwards ‘R’ and company mascot, Geoffrey the Giraffe. However, in truth, the stores have been struggling for years, as shoppers stayed at home and shopped online while Toys ‘R’ Us continued to invest in bricks and mortar stores, leaving themselves with an online shopping experience lagging behind their competitors.

The company has struggled to remain relevant in an era of Ipads and Android, where the click of a mouse can bring your favourite toy directly to your house. Unfortunately for the faltering retailer, that trend shows no signs of slowing down, in fact GlobalData Retail estimate that nearly 14% of all toy sales were made online, up from 6.5% just five years ago.

The new strategy to “bring our toy stores to life”, encouraging children to drag their parents in store to play with all the toys instigated by the new CEO has seemingly backfired leaving Toys ‘R’ Us with sales down a further 1.6% in 2016, despite the Toy industry reporting growth of 5%.

Online Shopping not the only problem

Although some of the struggles Toys ‘R’ Us are battling can be attributed to the shift to online shopping.  The company’s immediate problems stem from their large debt. Toys ‘R’ Us currently hold $5 billion of long-term debt on their balance sheet, which they aim to restructure, using the $3 billion offered by investors to preserve the future of the business, if they get the court approval they require.

As the news spread about the Toy giant’s struggles last night, Chief Executive Dave Brandon sought to allay any fears and reassure everyone that the store’s future was far from over:”Our objective is to work with our debt holders and other creditors to restructure the $5 billion of long-term debt on our balance sheet, which will provide us with greater financial flexibility to invest in our business.”

Whether this will prove enough to prevent Toys ‘R’ Us from becoming another high street casualty remains to be seen.