3. Kyle Bass – The Real Winner of The Big Short 1 Result: $3-4 Billion Profit “The catastrophe was foreseeable, yet only a handful noticed.” -Michael Lewis, Author of The Big Short: Inside the Doomsday Machine While Michael Lewis and Hollywood shone the spotlight on Michael Burry, Steve Eisman and a few other cunning traders […] 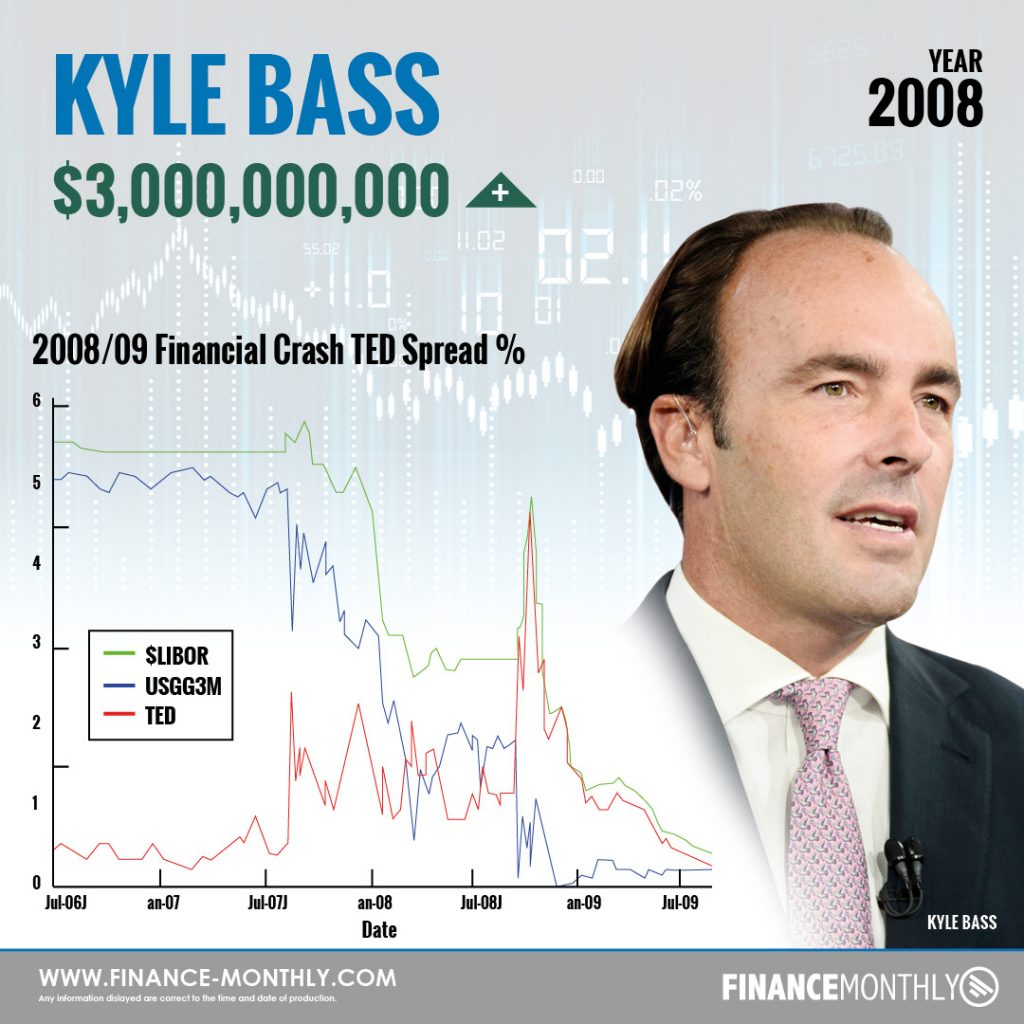 “The catastrophe was foreseeable, yet only a handful noticed.”

-Michael Lewis, Author of The Big Short: Inside the Doomsday Machine

While Michael Lewis and Hollywood shone the spotlight on Michael Burry, Steve Eisman and a few other cunning traders who were the first to spot the house of cards that was the US Sub-Prime Mortgage market that preceded the 2008 financial crisis, it was actually two others who were the real winners of the Big Short.

We’ll start with Kyle Bass, one of the biggest winners of the Credit Default Swap trades that took place in 2007. Starting at Bear Sterns, Bass rose quickly to Managing Director at the age of 28. After a spell with Legg Mason, he began his own firm, Hayman Capital Management LP in 2006 with $5 million of his own money and a further $28 million from investors.

Bass had been trading successfully for some time but it was a wedding in Spain that would begin the chain of events that would lead to his greatest trade. A conversation with an investment Banker from New York about the Subprime CDO market resulted in Bass hiring a team of private investigators on his return from Spain to research the US mortgage market and using that data he ascertained, according to which Residential Mortgage Backed Securities were high-risk and therefore, most likely to default. He then did something that was almost unheard of, he began purchasing CDSes as a bet against the multi-trillion-dollar Subprime mortgage market and in essence, against the entire global financial system. Bass managed to convince additional investors to come on board and the result was a near $4 billion profit for his hedge fund.

Following his big win in 07/08, Bass has enjoyed success with Hayman Capital, returning a total of 467% since its inception. He has now shifted his focus to the significant national debts, claiming that Europe and Japan are in line for turmoil. Given his predictions in 2007, some may be tempted to fall in line.

Next: The Real Winner of The Big Short 2