Zaha Hadid Architects’ Principal Patrik Schumacher: “Let us all Risk a bit more Freedom to Unleash the Incredible Potentials of our Time”

This month, Finance Monthly had the privilege to interview one of the most prominent thought leaders within the fields of architecture, urbanism and design today – Patrik Schumacher, who has been leading Zaha Hadid Architects since Zaha Hadid’s passing in March 2016. He joined Zaha Hadid in 1988 and was seminal in developing the firm […] 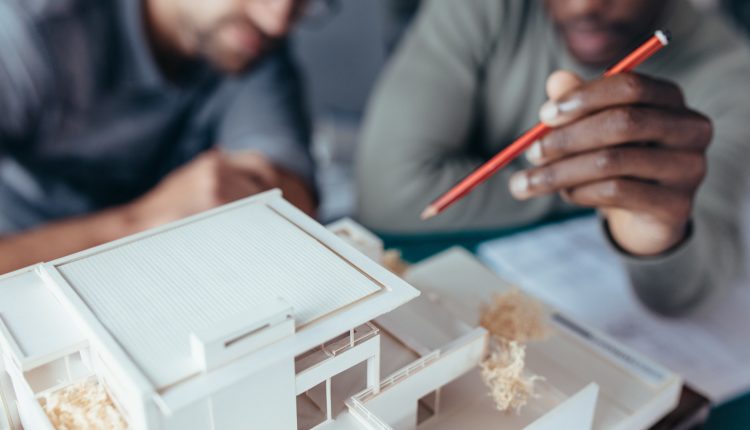 This month, Finance Monthly had the privilege to interview one of the most prominent thought leaders within the fields of architecture, urbanism and design today – Patrik Schumacher, who has been leading Zaha Hadid Architects since Zaha Hadid’s passing in March 2016. He joined Zaha Hadid in 1988 and was seminal in developing the firm to become a 400-strong global architecture and design brand.

In 1996 he founded the Design Research Laboratory at the Architectural Association in London, where he continues to teach. A few years later, in 1999, he completed his PHD at the Institute for Cultural Science, Klagenfurt University. Today Patrik Schumacher is lecturing worldwide and recently held the John Portman Chair in Architecture at Harvard’s GSD. Over the last 20 years, he has contributed over 100 articles to architectural journals and anthologies. In 2008 he coined the phrase ‘Parametricism’ and has since published a series of manifestos promoting Parametricism as the new epochal style for the 21st century. In 2010/2012 he published his two-volume theoretical opus magnum, titles “The Autopoiesis of Architecture”.

What attracted you to the architecture sector?

As a high-school boy, I encountered the work of Mies van der Rohe in my History of Art class. I was struck by its cool beauty. Images of Oscar Niemeyer’s Brasilia were another striking inspiration I saw in a movie with Jean-Paul Belmondo, called ‘L’homme de Rio’, 1964. These were my first mediated encounters with modern architecture. Later, I decided to study architecture after I had studied philosophy and mathematics, because it seemed to me to be a versatile field where creativity intersects with a future-oriented, transformative societal agenda.

How has technology changed the architecture sector in recent years?

We are living in a new technological era brought on by the convergence of computation and telecommunication. This technological empowerment is triggering a radical restructuring of the whole reproduction and life process of society. We are now living and working in what I would like to call the Postfordist Network Society, where the most advanced arenas of the world economy focus on R&D, finance, and marketing and where production is more and more automated, relegated to the periphery and subject to continuous reprogramming according to the innovations produced in the R&D hubs. These hubs are the mega cities like London, New York, Tokyo, Seoul, Shanghai etc., where urban concentration continues relentlessly. This has consequences for the complexity, dynamism and degree of integration of the built environment. Cities become intensely networked with urban webs garnering the productive synergies of co-location. These challenges can be met by an architectural design discipline that is upgrading its tools, methodologies and repertoires along the line of the new style I have called ‘Parametricism’.

What are some of the key issues that you and your clients frequently face in relation to UK regulations?

Regulations are too prescriptive. There are rigid land use prescriptions, and density prescriptions. There are further far too many regulations prescribing the way buildings should be designed and prescriptions about occupation, i.e. the density of occupation in office environments. In the residential sector, the detailed prescriptions of unit mixes, unit sizes, room sizes, number of units per core, balconies, facilities etc. border on the absurd. Urban entrepreneurs and their architects have no room for innovation at all. It’s a scandal that makes all of our lives so much poorer by taking away vital choice and by killing the discovery process of the market.

What incentives are in place to encourage foreign participation in the construction sector in the UK? What else needs to be done?

Unfortunately, the overregulation in the UK comes along with too much discretion on the part of the planners. This introduces paralyzing uncertainty and delays the planning process as developers must engage in lengthy negotiations with planners to gain competitive advantage. Clear rules would be better than overburdening rules plus discretionary powers for planners. This implies that foreign developers have a hard time navigating the system and work in the UK, as intricate knowledge of the processes and personas is required to succeed competitively. This reduces competition and consumers lose out once more.

In your opinion, how could the London’s housing crisis be resolved?

The most important step here is to ease the political supply restrictions, both with respect to the overall quantum of development, and with respect to the programme types and typologies that can be developed. We must allow the housing market to work. In fact, I would hardly call the housing provision in the UK to be a proper market at all. Sadiq Khan seems intent on ramping up “affordable housing”, i.e. housing rationed according to political prerogatives, to 50% of all housing provision. With all the other restrictions mentioned above we can hardly speak of a proper market. In proper markets, we never witness supply crises. There is no car crisis, is there? Or a crisis in food provision. Housing must be de-politicized. Let the market work and affordability will return. Some in central government seem to understand this sometimes, but the forces of local political nimbyism seem to push us further and further in the opposite direction.

What are the top 3 achievements in your career thus far that you are most proud of?

I have been involved in the design and execution of some beautiful and innovative buildings, I helped to forge a great creative enterprise with a promising future, and I am proud to contribute to the discourse of my discipline via research, writing and teaching.

Your MAXXI Centre of Contemporary Art and Architecture project won the Sterling prize in 2010 – could you tell us a bit more about the project? What were some of the challenges that you were faced with?

MAXXI was our breakthrough project, and it remains one of my most cherished buildings. I am going back rather often and we recently opened our own exhibition within the building. The challenges here were first of all, winning an international competition with a formidable line up of competitors, then to translate the radical design intent into a feasible proposition without losing its power in the process. And then, there was the challenge of navigating the project through the unpredictable political waters of Italy; many governments came and went during the process. MAXXI is a national project.

Can you detail any current projects that you are working on?

There are too many to list. There are about 25 projects on site, including e.g. a brand new Beijing airport, a large cultural complex in Changsha, an office tower in Beijing, a residential tower in Miami, a residential block in Manhattan, an opera house in Rabat, a mixed use block in Dubai, to name just a few. There are also many more new projects on our drawing boards: Corporate headquarters, railway stations, bridges, mixed-use complexes, and masterplans. We are a global design brand with an interior architecture department, corporate space planning department, and a furniture and product design department. We can deliver an all-round design service and are expanding our global reach with offices in Beijing, Hong Kong, New York, Mexico City and Dubai.

What would be your top three tips for young architects willing to ‘go the extra step’?

Divest yourself of all your nostalgic sensibilities, invest in computational skills, know the history of the field, including its contemporary scene, and read my books to gain an overview about architecture’s societal role.

“Let us all risk a bit more freedom to unleash the incredible potentials of our time.”

8 Key Things to Consider When Buying Your First Home