Bitcoin reached another new milestone today as it briefly traded above $17,000 (£14,809) before dropping $2,500 down to $14,500, sparking both fear and interest for investors alike. This comes after the online currency reached $10,000 just over a week ago. The Cryptocurrency’s meteoric rise in the tail end of 2017 began earlier this year in […] 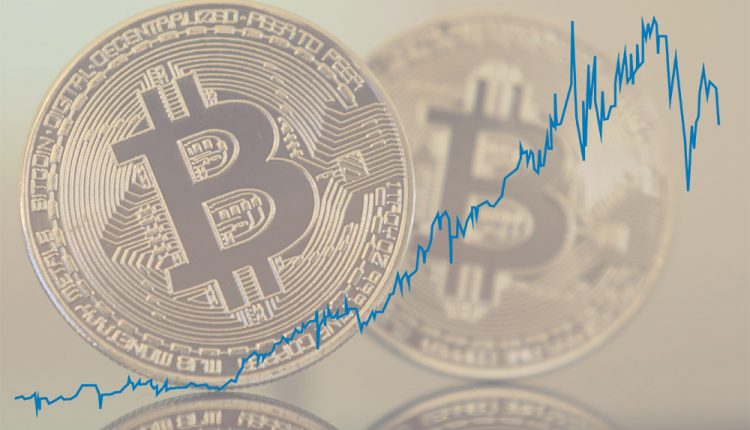 This comes after the online currency reached $10,000 just over a week ago.

The Cryptocurrency’s meteoric rise in the tail end of 2017 began earlier this year in March 2017 when a single Bitcoin reached the value of $1200. Since then, it has been gaining traction and breaking record after record.

The 70% surge has largely been aided by demand in China, where people use it to channel money out of the country. It has been further aided by Bitcoin’s introduction to the Chicago-based Cboe Futures exchange and its impending launch on the CME futures market, which will allow investors to bet on the future price of the currency, and give it a form of regulation that has not been present thus far, something that has held back a series of big investors. 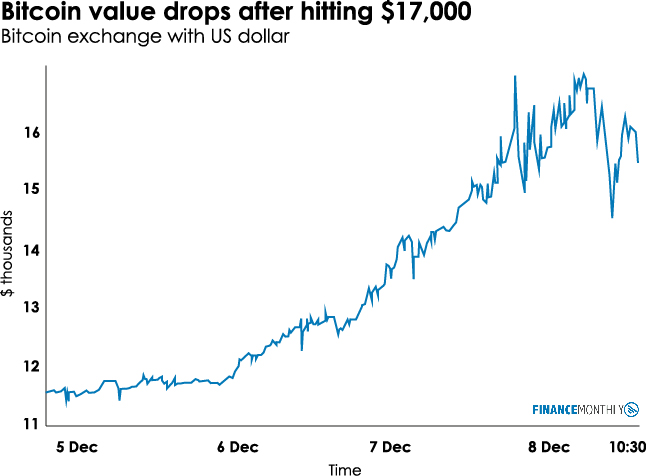 Despite this climb, critics fear that Bitcoin’s rise is creating an inevitable economic bubble, similar to the Dotcom rise and subsequent crash that saw the end of many companies and stock reductions of up to 86% in others. Others, however, believe that the rise can simply be attributed to Bitcoin reaching the financial mainstream.

Even with its current rise, Bitcoin is still very much an unknown quantity leaving plenty of room for scepticism. Added in to that is the fact that roughly 1000 people own 40% of the Bitcoin market, which has created an environment where traditional investors have been tentative.

As it stands, people can speculate but no one knows which way Bitcoin is going to go. However, given that buying one Bitcoin last night and selling it 5 minutes later would have made you around $3000, makes it understandable that some are likening the continuing climb of Bitcoin to a “charging train with no brakes”.

Bitcoin was introduced back in 2009 by an unknown individual going by the name of Satoshi Nakamoto in the aftermath of the global banking collapse.

Cryptocurrencies are not a form of physical money, rather they’re a digital currency created by computer code and worldwide the total in existence amounts to £112 billion.

There is no middle man involved in transactions either, eliminating any fees that usually occur. Anyone can go online and purchase Bitcoin, whether that’s a single Bitcoin, a number of Bitcoins or even a percentage of a single Bitcoin.

What do you think about this sudden surge? Do you think now is a good time to invest in the cryptocurrency? Or do you feel this is just a passing craze that will soon die down? Leave your answers in the comments below!