Bitcoin: Should I Invest, or Have I Missed the Boat?

Many are fearful of investing, many already did it, others are on the fence as to whether it’s still worth it. Nicholas Gregory, founder and CEO of London-based cryptocurrency enabler CommerceBlock, here provides Finance Monthly with some insight as to whether you’ve missed the boat or not at this point. The chatter surrounding Bitcoin investments […] 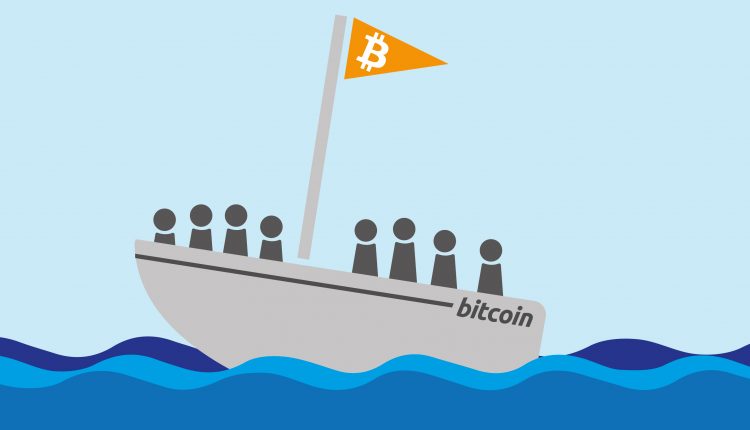 Many are fearful of investing, many already did it, others are on the fence as to whether it’s still worth it. Nicholas Gregory, founder and CEO of London-based cryptocurrency enabler CommerceBlock, here provides Finance Monthly with some insight as to whether you’ve missed the boat or not at this point.

The chatter surrounding Bitcoin investments has reached fever pitch in the new year, and the higher its value rises, the louder it gets.

But how do you time an investment in a market like this, and is it worth it?

A massive stumbling block for would-be investors is the fact that nobody inside the industry truly understands how valuable Bitcoin really is. Fair value is difficult to pinpoint, and the market has been gyrating wildly as record high after record high has bowed to the cryptocurrency’s seemingly unstoppable rise.

Meanwhile skeptics continue to question whether Bitcoin has any value at all.

Warren Buffett of Berkshire Hathaway famously called Bitcoin a “mirage” back in 2014, and his criticism still echoes today. This is largely because regulation in many jurisdictions is yet to catch up.

Putting the intrinsic value of Bitcoin aside for a moment, the appeal of cryptocurrency largely depends on whether or not the investor expects other people to want to take it off them at a later date.

If people think Bitcoin has value, then it does. This faith – that it is a store of value and means of exchange – is what has underpinned traditional Fiat currencies ever since stone money was created in Micronesia. Those ‘coins’, which could be so large they weren’t even moved, were also a store of value solely because a community of people agreed they should be.

This same dynamic can lead potential investors to grow nervous over the future value of Bitcoin but, as history shows, it’s nothing new.

I, and my colleagues at CommerceBlock, help companies do business in Bitcoin. So if it’s true that Bitcoin is worthless, then we are in serious trouble.

What makes me more certain than ever that we have a future, is the same excitement that is driving the headlines. Bitcoin promises to be a currency not anchored to the old guard, not beholden to bankers, lawyers, high fees and costly international settlements. It’s a no-brainer for businesses who can accept huge payments from the other side of the world in minutes.

So what impact does this have on the value of Bitcoin? Well, anyone who has observed the astronomical growth in its valuation over the course of 2017 will know that its price has been volatile, to say the least. At the start of the year it was at around $800, before more than doubling to $2,000 in May. Then, in August, it broke the $4,000 mark for the first time. As I write this, Bitcoin is worth over $16,600 just four months later.

However, it’s a leap of faith to chase a market that has risen so dramatically. At the same time, I am one of those who believe bitcoin will be worth $100,000 one day. It’s either that or it will be worth nothing at all.

This is only my opinion. But even if I’m right, I can’t tell you how long that will take or what bumps we will encounter along the way.

In investing, you can be right in the long run, but still lose money. It is best summed up by a retort to famed hedge fund manager Michael Burry, played by Christian Bale, in the film The Big Short, as he defends his decision to short the housing market.

Burry tells a disgruntled colleague: “I may have been early, but I’m not wrong.”

Then comes the reply: “It’s the same thing.”