Does a Cashless Future Mean Financial Exclusion for Some?

Cashless payments and the plight of cash in society has been something of a subject over the past few years, but a conversation many aren’t having is that of financial exclusion; something that has happened in the past is likely set to happen again. Below Jack Ehlers, Director of Payments Partnerships at PPRO Group, delves […] 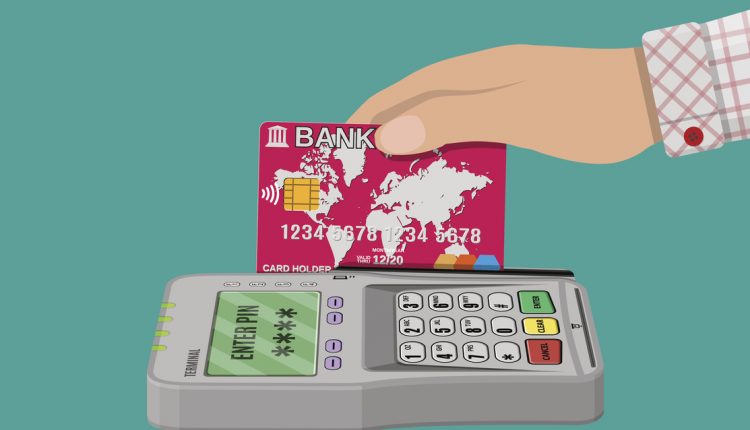 Cashless payments and the plight of cash in society has been something of a subject over the past few years, but a conversation many aren’t having is that of financial exclusion; something that has happened in the past is likely set to happen again. Below Jack Ehlers, Director of Payments Partnerships at PPRO Group, delves into the details.

In 2016, according to a report just published by the European Central Bank (ECB), EU citizens made €123 billion worth of what the ECB calls ‘peer-to-peer’ cash payments. That’s just another way of describing the money grandparents tuck inside birthday cards, donations to charity, payments to street vendors and the hundreds of other small cash transactions people make all the time.

But even as cash remains central to the economy, cashless payment methods become more common with each year. The use of e-wallets such as Apple Pay and Samsung Pay is predicted to double to more than 16 million users by 2020. Overwhelmingly, the rise of the cashless society is a good thing. It promises greater convenience, lower risk, and improvements in the state’s ability to clamp down on practices such as tax avoidance and money laundering.

But what about those micro-payments? And even more importantly, what happens to the estimated 40 million Europeans who are outside the banking mainstream? These are the EU’s most vulnerable citizens and they have little or no access to digital payment methods.

If we don’t plan properly, the transition to a largely cashless future could see the re-emergence of financial exclusion, which we thought had been vanquished. In Western societies. Ajay Banga, CEO of Mastercard, has talked of the danger that in the future we’ll see “islands” of the unbanked develop, in which those shut out of the now almost entirely digitised economy are left able to trade only with each other.

But are we really going cashless any time soon?

The ECB report quoted above, also found that cash is still used in almost 79% of transactions. So, do we really need to worry about what will happen when we finally ditch notes for digital payments? Yes and no.

Even though contact payments are on the rise, the demand for cash is also growing. A recent study found that the value of euro banknotes in circulation has increased by 4.9% over the last five years. Given the historically low rate of inflation over the past few years, this would seem to be largely due to a cultural preference for cash. Low interest rates could also be encouraging Europeans to spend rather than save. But whatever the reason, cash isn’t going away soon.

But that doesn’t mean we can relax. Some markets are already much closer to going cashless than the European average would suggest. In Sweden, consumers already pay for 80% of transactions using something other than cash. In the Netherlands, that figure is 55%, in Finland 46% and in Belgium 37% [1]. Today, Britons use digital payments in 60% of all transactions. By 2027, that number is expected to rise to 79%. Already, 33% of UK citizens rarely, if ever, use cash.

Unless we take this challenge seriously, we risk stumbling into a situation in which the majority in these countries use cash-free payments most of the time, even if they still use cash in minor transactions. In such cases, there is the danger of many shops and services no longer accepting cash, leaving those who still rely on it stuck in the economic slow lane.

For most people, cashless payments can offer easier and faster payments, greater security, and improved access to a wider range of goods and services. But to maximise the benefits and reduce the downside, including those for strong personal privacy, we need to start thinking now about how we can manage the transition in a way that minimises the risk of financial exclusion for already marginal groups in society.

The rise of digital payments does not have to mean the growth of financial exclusion. It is possible to create an affordable payments-infrastructure for small traders, churches, and charity shops — and, even more importantly, for economically marginal consumers.

In the UK, charities are leading the way. After noticing that donations were tailing off, the NSPCC and Oxfam sent out one hundred volunteers with contactless point-of-sale devices, instead of charity collection tins. The rate of donations trebled. The success of the NSPCC trial shows that it is possible to roll out the supporting infrastructure for cashless payments even to individual charity collectors on the street.

But that’s only half the story. While charities and shops — even small independent retailers — may be able to afford and install point-of-sale systems to accept micro-payments, normal citizens cannot. Here, mobile payments may be the answer.

The example of the Kenyan M-Pesa, a system which allows payments to be made via SMS, shows that it is possible to create an accessible, widely available and used mobile payment system that does not rely on the consumer owning an expensive, latest-model smartphone. Already, 17.6 million Kenyans use M-Pesa to make payments of anything from $1 to almost $500 in a single transaction.

An inclusive cashless future—in which mobile e-wallets and other contactless forms of payment dominate—is possible. But it won’t happen by itself. As an industry and a society, we need to plan and work towards it: starting today. The stakes for many businesses and some of the most vulnerable people in our society couldn’t be higher.