Can RegTech Robots Save Banks Struggling under Mounting Regulation?

With one in three bank staff now employed in compliance, and financial institutions groaning under the pressure of an ever-increasing regulatory burden, 2018 is set to be the year that RegTech rides to the rescue, stripping out huge cost from banks’ processes. In the same way that nimble start-ups introduced FinTech to the financial sector, […] 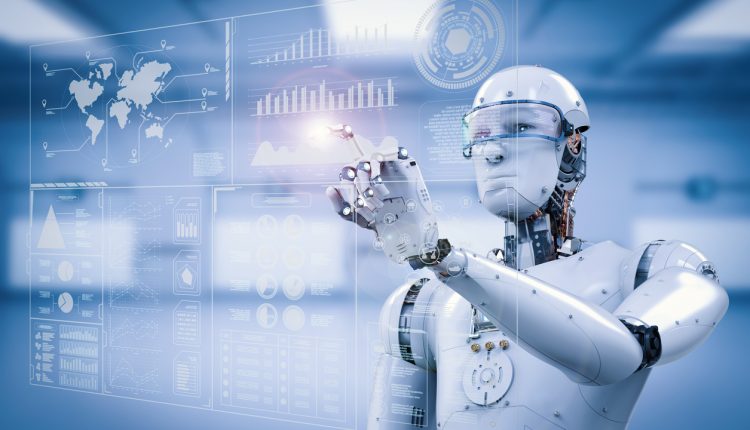 With one in three bank staff now employed in compliance, and financial institutions groaning under the pressure of an ever-increasing regulatory burden, 2018 is set to be the year that RegTech rides to the rescue, stripping out huge cost from banks’ processes.

In the same way that nimble start-ups introduced FinTech to the financial sector, the stage is now set for the same tech-savvy entrepreneurs to apply the latest technology to help tame the regulation beast.

The challenge is even more pressing now, with the arrival of an alphabet soup of blockbuster regulation including GDPR, MiFID II and PSD2, which will stress institutions like never before.

Deloitte has set high expectations for RegTech, describing it as the use of technology to provide ‘nimble, configurable, easy to integrate, reliable, secure and cost-effective’ regulatory solutions.

At its heart is the ability of ‘bots’ to automate complex processes and mimic human activity. And RegTech start-ups are already using robotic process automation to translate complex regulation into API code using machine learning and AI.

The holy grail of RegTech, however, is to strip out huge layers of cost and dramatically lower risk by developing and applying complex rules across all business processes in real-time, automating what can otherwise be an expensive and highly labour-intensive job. Simply put, RegTech promises to do the job faster, cheaper and without human error.

Just like its FinTech cousin, RegTech is already being used for a surprisingly wide range of applications, for example banks are using behavioural analytics to monitor employees, looking for unusual behaviour patterns that may be a tell-tale sign of misconduct.

Brexit will also present a golden opportunity for agile RegTech start-ups whose tech solutions can adapt and transform quickly according to the new regulatory landscape, while traditional institutions struggle with the pace of change.

Unlike FinTech however, which has largely been focused on B2C solutions, RegTech start-ups have to work much more closely with traditional financial institutions. That’s because capital markets are a highly complex, regulated area, where institutions are cash-rich and where access to funding is critical if vendors want to disrupt.

Traditional institutions are also more likely to need solutions that are specifically tailored to the challenges they face, rather than the one-size fits many approach developed by FinTechs. For example, they rely on many different data systems, and this torrent of data often makes it difficult to compile reports to deadline for regulators – a perfect challenge for a RegTech start-up.

RegTech could well be the cavalry, riding in to save the investment management industry from the increasing amount of data being produced that financial regulators want access to. A significant amount of this data is unstructured, making it difficult to process, which adds a greater level of complexity. The flow and complexity of this data is only going to increase, and with it the challenge for banks.

Financial institutions are increasingly pulling out all the stops to crunch data and meet the regulator’s next deadline and in this high-pressure environment teams are not necessarily developing the strategic overview needed to streamline their IT architecture in order to reduce operational risk.

It also promises to dispense with the current time lag between a period end, the collection of data by the institution and assessment by the regulator – a process that is always backwards looking.

Under the RegTech model, powered by data analytics and AI, information is in real-time and self-correcting to ensure the regulatory process remains dynamic and relevant.

The scale of the advantages promised by RegTech, are such that banks successfully harnessing its power will strip out huge amounts of cost from their processes, which can then be invested in business-critical innovation, giving early adopters a clear competitive advantage over the rest of the market.