Learning from the Past: Are Trade Wars ‘Good’?

With the ongoing spat between the United States and China, which seems to be only getting uglier, Katina Hristova explores the history of trade wars and the lessons that they teach us. 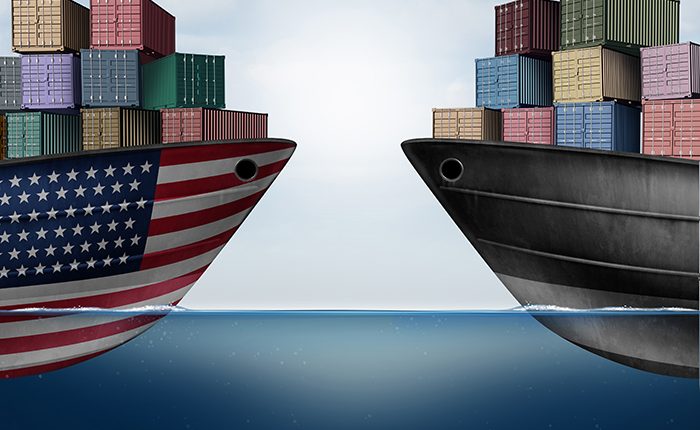 With the ongoing spat between the United States and China, which seems to be only getting uglier, Katina Hristova explores the history of trade wars and the lessons that they teach us.

Trade wars date back to, well, the beginning or international trade. From British King William of Orange putting steep tariffs on French wine in 1689 to encourage the British to drink their own alcohol, through to the Boston Tea Party protest when the Sons of Liberty organisation protested the Tea Act of May 10 1773, which allowed the British East India company to sell tea from China in American colonies without paying any taxes – 17th and 18th century saw their fair share of trade related arguments on an international level. 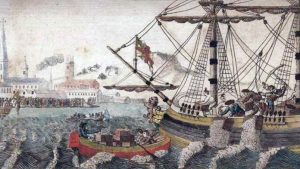 Trade wars were by no means rare in the late 19th century. One of the most infamous examples of a trade conflict that closely relates to Donald Trump’s sense of self-defeating protectionism is the Smoot-Hawley Tariff Act (formally United States Tariff Act of 1930) which raised the US already high tariffs and along with similar measures around the globe helped torpedo world trade and, as economists argue, exacerbated the Great Depression. As a response to US’ protectionism, nations across the globe began striking each other with an-eye-for-an-eye tariffs – countries in Europe put taxes on American goods, which, understandably, slowed trade between the US and Europe. As we all know, the Depression had an impact on virtually every country in the world – resulting in drastic declines in output, widespread unemployment and acute deflation. Even though most countries began to recover between 1932 and 1933, the world was hit by World War II shortly after that. In 1947, once the war was over, the World Trade Organisation (WTO) was established – in an attempt to regulate international trade, strengthen economic development and hopefully, avoid a second global trade war after the one from the 1930s. 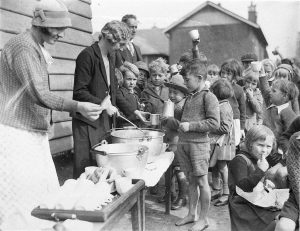 Schoolchildren line up for free issue of soup and a slice of bread in the Depression/Credit:Flickr

Another more recent analogy from the past that could be applied to the current conflict between two of world’s leading economies, is the so-called ‘Chicken War’ of 1963. The duel between the US and the Common Market began when European countries, feeling endangered by US’ new methods of factory farming, imposed tariffs on US chicken imports. For American poultry farmers, the Common Market tariffs virtually meant that they will lose their rich export market in West Germany and other European regions. Their retaliation? Tariffs targeting European potato farmers, Volkswagen campers and French cognac. 55 years later, as the Financial Times reports, the ‘chicken tax’ on light trucks is still in place, predominantly paid by Asian manufacturers, and has resulted in enduring distortions.

President Trump may claim that ‘trade wars are good’ and that ‘winning them is easy’, but history seems to indicate otherwise. In fact, a closer look at previous examples of trade conflicts seems to suggest that there are very few winners in this kind of fight.

For now, all we can do is wait and see if Trump’s extreme protectionism and China’s responses to it will destroy the post-World War II trading system and result in a global trade war; hoping that it won’t.