The Future of Oil: Will Optimism Remain in the Oil Market?

In 2018, we are witnessing the emergence of a new kind of atmosphere in the recovering oil markets. With an impending trade war between two of the world’s biggest economies on the cards, the impact of geopolitical uneasiness has never been greater. Prices have been volatile thanks to swings in oil supply and now geopolitics has created a scenario […] 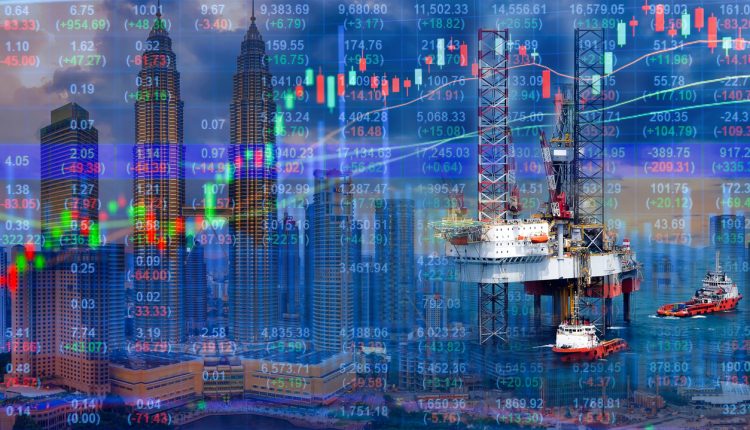 In 2018, we are witnessing the emergence of a new kind of atmosphere in the recovering oil markets. With an impending trade war between two of the world’s biggest economies on the cards, the impact of geopolitical uneasiness has never been greater. Prices have been volatile thanks to swings in oil supply and now geopolitics has created a scenario of uneasiness in one of the economy’s best performing assets.

Even though a sharp 5% rebound last month pacified stakeholders, worry looms that the US’s protectionist trade policies are only pushing China to impose further reciprocative tariffs, fueling a trade war. In addition to this, the US’s role in the Iran nuclear deal and an ever increasing American crude production (over 10 million barrels a day) gives the current market all the characteristics of an imbalance. Then there is the case of OPEC, Russia and other non-OPEC producers that began to cut back production in early 2017 to ease the global glut accumulating since 2014. Where weak compliance in the past marred any significant impact on price, stronger compliance between the cartel this year appears to be bearing fruit with production at its lowest in months, however, growing tensions in the Middle East and a potential global supply-demand   deficit could see the price-check contract dissolve earlier than expected.

In the highly volatile oil market, it is difficult to allocate any single catalyst to oil price movements; more often it is many catalysts working together. That said, a weak dollar, followed by geopolitical pressures in Syria, North Korea, Iran, China and an economic crisis in Venezuela, are all surprisingly giving oil the much awaited upward push, with prices peaking to a 3-year high and Brent crude finally breaking the $70 psychological mark. Interestingly, the recent Twitter feud where President Donald Trump warned Russia to prepare for a possible US missile attack on Syria has brought forth the impending reality of potential supply disruptions in the Middle-East, driving the prices to all-time highs. All this happened despite US Government data reports pointing out an unexpected rise in crude stockpiles.

Oil prices have now almost tripled the harrowing 13-year low of $26 in January 2016. Five months before that, prices were around $60. In July 2014, they had been $100, in 2011 they were $113 per barrel for Brent crude. The market dynamics have since evolved enough to cause larger fluctuations in price in the short-term, however, the long term picture is still obscure and it is hard to say if prices will go back over $100 in the coming years, though many analysts hold quite a positive outlook.

With the US oil production set to rise further in the coming months, the current market’s long-term outlook appears well supplied, a fact likely to hinder any further significant price growth of the current rally, however more short-term price spikes are quite possible considering the high probability of military action in Syria.

The key indicators for any commodity market begin at the supply-demand ratio, keeping this in mind, a number of analysts have pointed out that the increase in oil supply from US shale producers has not pushed the global supply-demand balance into surplus as previously expected, hinting at a deficit similar to the one we saw in 2011. As demand has continued to grow steadily and with production cuts undertaken by the largest oil producers in the world, we have slipped into a deficit which could potentially widen.

Even as prices recovered and US shale producers accelerated their production output, in the current

market scenario, it is quite unlikely that this alone will be enough to bring balance to the global market. While some analysts assert that OPEC will likely intervene and increase production to correct the deficit, others have claimed that given the enormous economic growth and increasing demand from large Asian countries like China and India, even OPEC will not be able to satiate demand as their output capacity is simply not enough. This also reflects the intricate position that OPEC is currently in, it could decide to cut outputs or shift towards a higher output position, both of these options carry significant risks. But we already know how important higher oil prices are for OPEC, that despite proxy wars between Saudi-Arabia and Iran in Yemen and Syria – we have strong compliance from OPEC members so far. At the same time, the unrest in the Middle-East is likely to help prices flare up, as evident in the recent spike during unsuccessful missile attacks by Iran-aligned Houthis aimed at Saudi Arabia’s oil facilities. The OPEC deal runs until the end of the year and the cartel will meet again in Vienna in June to decide its next course of action.

In the longer term, there are many possibilities and sides to the story, though some stark characteristics can be set aside due to their paramount importance. Geopolitical factors and sudden financial shifts, in my view, play a major disturbance in predicting a linear development of the oil industry. Given the capital-intensive nature of the oil business, any investments in new production capacity or any change in production can take a long time. There are also a certain numbers of inelastic factors, for example capital intensity and the high ratio of fixed to variable costs in all parts of the supply chain. The price inelasticity along with advancements in technology have long been cited as the leading factors for the oil industry’s inability to conjure self-adjustment mechanism.

Keeping this in mind, we can observe that while OPEC anticipates global reserves to drop further with more output from rivals while expecting even higher global demand. The International Energy Agency (IEA) claimed that by 2023 the US will become self-sufficient due to scaled up shale production, potentially becoming one of the world’s top oil producers. They also claim that demand for crude oil from OPEC will drop below current production levels within a year or two.

Which one of them is right remains to be seen but it is quite certain that the next few semesters will be crucial for the oil market which currently appears to have all the symptoms of steady turbulence.

Founded in 2014 by financial expert and entrepreneur Marco Quaranta, the firm is led by an experienced team of senior professionals noted for their investment acumen, financial services expertise, and ability to execute complex transactions in the dynamic and highly regulated financial services sector.

Operating through decades of experience, the team specialises in evaluating solutions for Mergers & Acquisition deals, navigating regulatory scenarios and partnering with banks and other financial institutions to help build stronger and more valuable enterprises for their clients.

Increased Pressure On Borrowers As BoE Set To Raise Interest Rates To 1.75%