In May, US President Trump signed an overhaul to the Dodd-Frank Wall Street Reform and Consumer Protection Act. Below Kerim Derhalli, CEO and founder of investment app Invstr, looks at the success of the bill and the potential impact of the changes. While he may be often controversial, there’s no arguing that the most recent […] 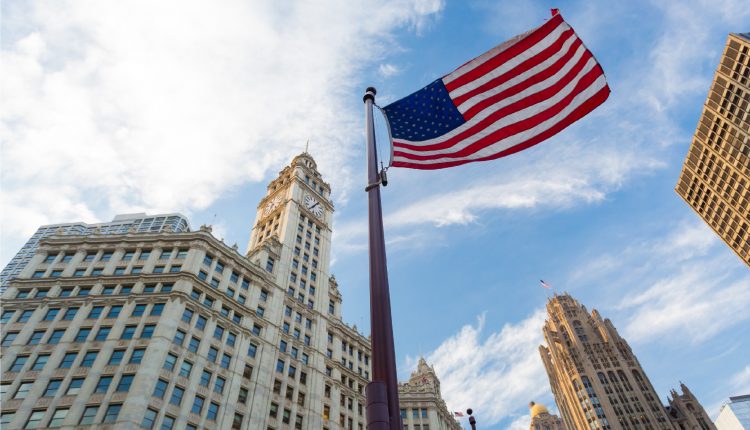 In May, US President Trump signed an overhaul to the Dodd-Frank Wall Street Reform and Consumer Protection Act. Below Kerim Derhalli, CEO and founder of investment app Invstr, looks at the success of the bill and the potential impact of the changes.

While he may be often controversial, there’s no arguing that the most recent President of the United States hasn’t shied away from pushing through the issues that are close to his heart.

The rollback to the Dodd-Frank Wall Street Reform and Consumer Protection Act (Dodd-Frank) is a latest personal win for Donald Trump as he aims to deliver on his promise of reversing a number of Barack Obama’s policies. Whether Obamacare or foreign policy, he is making inroads into unravelling the legacy of his predecessor.

But is the Dodd-Frank rollback the right move, and is this the right time?

In 2010, the American public was crying out for Dodd-Frank. The bill sent through the Senate came in the midst of the financial crash; people were broke and the sector was in turmoil. ‘Regulation’ was the watchword – reckless bankers must be brought under control – and so they were.

For the past eight years, Dodd-Frank has broadly been a success in achieving what it was set out to do – avoiding a repeat of the 2008 financial crisis by regulating the growth and proliferation of “too-big-to-fail banks”.

Beyond playing its part in making banks more accountable, if you look at any raft of metrics and studies, economic stability has returned to the US. How much of this is directly down to Dodd-Frank is a debate that can be argued either way.

One of the big wins for consumers that did come out of Dodd-Frank was the Consumer Financial Protection Bureau (CFPB) which, since its inception, has returned almost $15 billion dollars to more than 30 million Americans wronged by the finance industry.

It hasn’t all been rosy however. Larger ‘small’ banks in particular suffered under the regulation, which demanded tough and restrictive capital and planning requirements. In the views of many, this has stifled growth and the bipartisan bill to roll back Dodd-Frank seeks to remedy this.

The move lifts the threshold at which banks are deemed too big to fail to $250bn – a fivefold increase – and releases smaller and medium sized banks from stricter capital and planning requirements.

Since 2008, small banks have been overwhelmed by the complexity of the bill, leading to the loss of many community banks and credit unions across the United States. These small banks are a lifeblood to the US economy – responsible for nearly half of all small business loans and 15% of residential mortgages.

As well as this, the Federal Reserve have been virtually stripped of their ability to respond to further financial crises. This is primarily due to the law’s stipulations that the Fed’s lending must be broad-based and not directed towards single institutions.

The biggest hint at the bill’s demise came when one of the law’s architects themselves, Barry Frank, noted that he saw ‘areas where the law could be eased’.

So, what now? Is this the start of a return to that Wild West of overleveraged lending – are we back on the merry-go-round of bust and boom?

The short answer is ‘no’.

While it is difficult to forecast exactly how the US financial sector will be reshaped following the bill, with jobs on the rise in the United States, spending power also broadly in growth, and with the economy in relatively good shape, it does seem like the time is right for change.

We’re also in a very different world from 2008. The last decade has been an explosion of access to information and consumers are increasingly empowered to cut out intermediaries and take a more proactive approach to their finances. Trust in finance institutions continues to be at a critical low and, nowadays, Joe Public is in no mood for manipulation.

Social media means we now have access to more information – and outlets for outrage – than we ever had before. If the banks take any liberties, they’ll have nowhere to hide, and competition is fiercer than ever with the rise of disruptive challenger banks and fintech platforms.

The global economy remains on a tentative road to growth, but the fact that we’re not booming also means that there are not tidal waves of opportunity for the banks to surf on, either. In the world of finance, we are now more risk averse and nervous of the repercussions of failure.

Within this wider social and economic environment, it would appear that the rollback is the right move, and at the right time. The measures that remain in place are strong, but the concessions also look reasonable. We’re not mourning the demise of the Dodd-Frank bill – we can look forward with excitement to its future.