Cristiano Ronaldo may be out of the World Cup, but he certainly is not out of the headlines. With each passing year the football and financial worlds have become ever more entwined and the recent excitement around Ronaldo wearing Juventus colours has resulted in colossal movement in the markets. Below Carlo Alberto De Casa, Chief […] 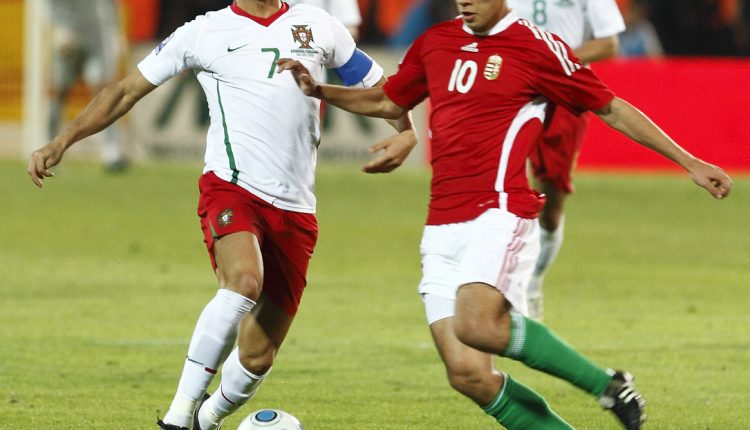 Cristiano Ronaldo may be out of the World Cup, but he certainly is not out of the headlines. With each passing year the football and financial worlds have become ever more entwined and the recent excitement around Ronaldo wearing Juventus colours has resulted in colossal movement in the markets. Below Carlo Alberto De Casa, Chief Analyst at ActivTrades, discusses the prospects and impacts of Ronald’s moves on the markets.

Juventus is one of three Italian team teams to be publicly listed on the stock exchange but as the biggest club in Italy by some distance, both in stature and in finance, it’s not unsurprising a move for the five-time Ballon D’or winner has caused a seismic shock.

The Old Lady of Turin has won the last 7 Serie A title in a row but has been missing the Champions League from its collection since 1996. Having lost 5 finals in the biggest European competition for clubs between 1997 and 2017, this is seen as a move to undo this spell.

On Monday evening speculation began that Ronaldo could be on his way to Italy. Juventus were trading at about 66 cents per share then. In just 3 days of trading the value of the shares jumped to a peak of 0.81, a new 5-month-high. Given that the club has more than 1 bn shares, the total capitalization of Juventus jumped by around €150 million.

On Friday, Juventus shares jumped further to 0.90, adding another 90 million of market cap and reaching a 16-month high, on levels seen last time when Juventus reached the final of Champions League in 2017.

Only 34% of the club is listed on the stock exchange however, and another significant increase of the value of the club was reported by Exor, the holding of FCA (formerly known as car manufacturer FIAT), who control the remaining 63.7%. Exor now says it is seeing a theoretical increase of their assets by around €400 million.

It’s also thought that FIAT will play a crucial part in this deal, paying a part of Ronaldo’s salary and using him as a testimonial for their cars. The exponential jump in the volume of shares is also staggering with around 15 million of shares traded yesterday and over 38 million by Thursday.

Of course, it might all be a risky investment. With shares that could continue their rally but could also quickly turn in the opposite direction if the “affaire Ronaldo” is not going to become reality. The market movement however is certainly helping to shift the balance of the company even if we are not talking in real cash money.

But what does this all mean?

Juventus will be hoping to make a large amount of money from this operation and the markets also believe that this could be excellent from a financial point of view, despite its huge costs. Once you account for marketing, the receipts from shirt sales and ticket prices in the stadium (prices for tickets at the Juventus stadium just went up by around 25-30%) its clear to see how with a little help from the markets, a transfer of this magnitude can begin to pay for itself. Pundits often discuss how much clubs are paying for players – but often forget to discuss how much a club can claw back in return.

Juventus mught need upwards of €200m to complete a deal for Ronaldo over four years. They are willing to pay him €30 million a year but once taxes are factored in it could be higher at maybe €55million. A four-year contract including his transfer fee of €100 million could therefore take this to an astronomical amount. The questions is – how much will Juventus actually end up paying?