The Cost of Brexit – Too High a Price?

Amidst the recent shock resignations of Brexit Secretary David Davis and Foreign Secretary Boris Johnson, investment uncertainty, slower economic growth and a weaker pound, the United Kingdom is on its way to a slow but steady Brexit, with negotiations about the future relations between the UK and the EU still taking place. And whilst […] 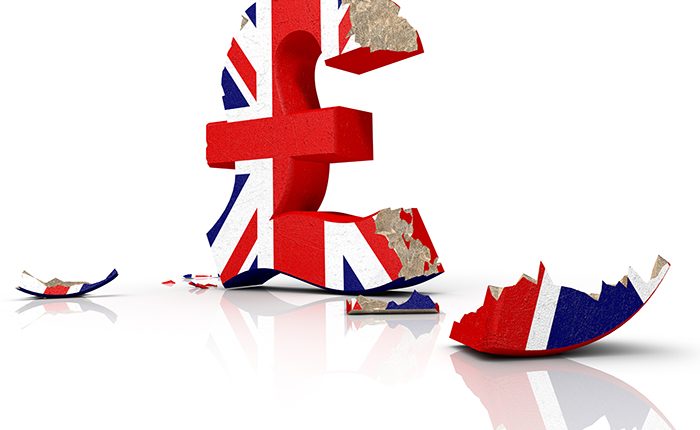 Amidst the recent shock resignations of Brexit Secretary David Davis and Foreign Secretary Boris Johnson, investment uncertainty, slower economic growth and a weaker pound, the United Kingdom is on its way to a slow but steady Brexit, with negotiations about the future relations between the UK and the EU still taking place.

And whilst the full consequences of Britain’s vote to leave the EU are still not perceptible, Finance Monthly examines the effects of the vote on economic activity in the country thus far.

Do you remember the Leave campaign’s red bus with the promise of £350 million per week more for the NHS? Two years after the referendum that confirmed the UK’s decision to leave the European Union, the cost of Brexit to the UK economy is already £40bn and counting. Giving evidence to the Treasury Committee two months ago, the Governor of the Bank of England Mark Carney said the 2016 leave vote had already knocked 2% off the economy. This means that households are currently £900 worse off than they would have been if the UK decided to remain in the EU. Mr. Carney also added that the economy has underperformed Bank of England’s pre-referendum forecasts “and that the Leave vote, which prompted a record one-day fall in sterling, was the primary culprit”.

Moreover, recent analysis by the Centre for European Reform (CER) estimates that the UK economy is 2.1% smaller as a result of the Brexit decision. With a knock-on hit to the public finances of £23 billion per year, or £440 million per week, the UK has been losing nearly £100 million more, per week, than the £350 million that could have been ‘going to the NHS’.
Whether you’re pro or anti-Brexit, the facts speak for themselves – the UK’s economic growth is worsening. Even though it outperformed expectations after the referendum, the economy only grew by 0.1% in Q1, making the UK the slowest growing economy in the G7. According to the CER’s analysis, British economy was 2.1 % smaller in Q1 2018 than it would have been if the referendum had resulted in favour of Remain.

To illustrate the impact of Brexit, Chart 1 explores UK real growth, as opposed to that of the euro area between Q1 2011 and Q1 2018. 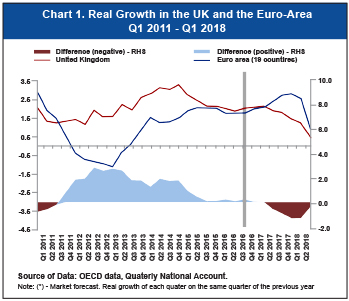 As Francesco Papadia of Bruegel, the European think tank that specialises in economics, notes, the EU has grown at a slower rate than the UK for most of the ‘European phase of the Great Recession’. However, since the beginning of 2017, only six months after the UK’s decision to leave the EU, the euro area began growing more than the UK.

Reflecting on the effect of Brexit for the rest of 2018, Sam Hill at RBC Capital Markets says that although real income growth should return, it is still expected to result in sub-par consumption growth. Headwinds to business investment could persist, whilst the offset from net trade remains underwhelming.”

All of these individual calculations and predictions are controversial, but producing estimates is a challenging task. However, what they show at this stage is that the Brexit vote has thus far left the country poorer and worse off, with the government’s negotiations with the EU threatening to make the situation even worse. Will Brexit look foolish in a decade’s time and is all of this a massive waste of time and money? Or is the price going to be worth it – will we see the ‘Brexit dream’ that campaigners and supporters believe in? Too many questions and not enough answers – and the clock is ticking faster than ever.