Shaping the Future of Money

In July, global customer experience provider Voxpro – powered by TELUS International, hosted a major event at its Centre of Excellence in Dublin, Ireland, entitled The Future of Money. Over one hundred FinTech innovators from around the world gathered to discuss the current state of the cryptocurrency industry, regulatory and operational challenges, and the opportunities […] 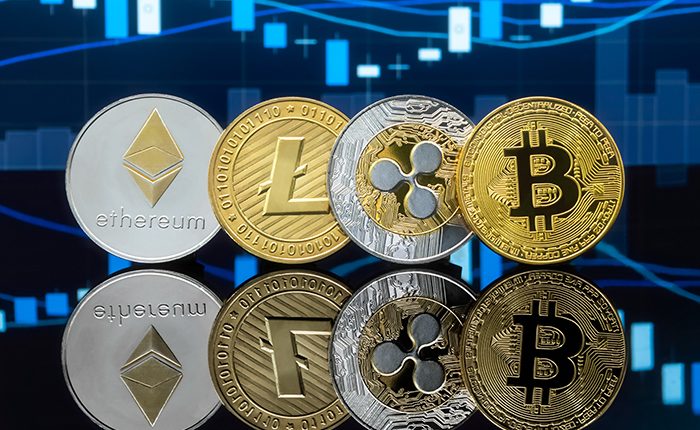 In July, global customer experience provider Voxpro – powered by TELUS International, hosted a major event at its Centre of Excellence in Dublin, Ireland, entitled The Future of Money. Over one hundred FinTech innovators from around the world gathered to discuss the current state of the cryptocurrency industry, regulatory and operational challenges, and the opportunities that lie ahead.

That’s according to Jeremy Allaire, Founder & CEO of Circle – a speaker at The Future of Money event in Dublin. Allaire, whose company recently acquired cryptocurrency exchange Poloniex, revealed the significant obstacles that traditional banking institutions are putting in the path of his industry.

“Banks have pretty systematically limited companies’ ability to operate in this space, and that really is a challenge. I think part of that is regulatory uncertainty and part of it is just hostility to a technology which basically threatens to eliminate a lot of their profit margin and business models.”

Allaire believes the solution lies in the establishment of ‘”crypto-native banks” that will work closely with both crypto companies and central banks to provide the connectivity that is urgently needed.

The fact that traditional banks are under threat at all points to a fundamental shift in how the world views money, something that David Schwartz, Chief Cryptographer at Ripple, believes was inevitable in an increasingly global economy. Schwartz told the Dublin audience that the key problem with money as we know it is that it is neither “universal nor interoperable” and that currency needs to be one or the other if it is to serve the modern economy.

“If it was universal and everybody in the world could accept it with equal ease, then that would be fine. And if it could operate with other systems that other people use, that would be fine too. If you’re stuck on an island as the economy becomes increasingly global and more and more people want to do business internationally, but have to do it through intermediaries and slow systems, then we start to really hit the problems created by that system.”

So how exactly does cryptocurrency solve this ‘money problem’? Schwartz pointed to the example of how financial services company Cuallix is using XRP, a digital currency created by Ripple, to move money between the United States and Mexico. Instead of relying on the conventional method, which is very expensive and takes several days, Cuallix buys XRP the moment they need it and a few seconds later sells it for Mexican Pesos. The speed of the transaction avoids the market volatility of both the peso and cryptocurrency, and, according to Schwartz, makes the whole process up to 60% cheaper.

As the adoption of cryptocurrency rapidly grows, so will the need for a new kind of infrastructure to support it, particularly with a view to enhancing the customer experience. Jeremy Allaire of Circle described how a new infrastructure layer of the internet is going to allow a lot of the functions currently performed by the financial industry, mostly record keeping in very proprietary siloed systems, to run on the open internet, at a radically lower cost, and with a much better consumer experience.

And he foresees a new wave of industry enabling this shift: “There are going to be very significant large technology companies built that support the move to crypto finance, just like there have been really big technology companies that have supported the move into digital media and digital communications.”

Gregoire Vigroux, a Vice President at TELUS International Europe, shared a powerful prediction with the audience at The Future of Money event. “Within just a few years, over 95% of the world’s population will hold cryptocurrencies.” Moreover, he believes that we are currently witnessing a landmark moment in history, telling the audience:

“If this was the early 1990s, we would have a panel of internet professionals telling us that the internet is coming and is going to represent a major disruption. Well, it’s now 2018 and today we’re talking about the biggest revolution since the dawn of the internet – cryptocurrency.”

The disruption of traditional financial institutions is being fuelled in part by cutting-edge customer (CX) and user (UX) experiences that are now being offered by digital currency providers. Today, more and more FinTech innovators are forming partnerships with customer experience experts like Voxpro – powered by TELUS International, in order to successfully capitalise on crypto’s increasing popularity.

With experience powering customer operations for some of the world’s leading technology companies, Voxpro has the agility, talent, and digital capabilities to ensure a world-class end-to-end experience for every user, even during periods of intense onboarding.

Leading exchange Binance, for example, recently experienced onboarding rates of up to 250,000 new users per day. If that company fails to successfully deal with the increased levels of customer contact that will naturally come their way, those users may head straight to a competitor. As crypto approaches mass adoption, companies must prioritise investments in their customer experience in order to avoid brand-devaluing issues that can come with a major spike in business.

At the end of the day, the overall customer experience provided by companies is what will differentiate them in an increasingly competitive market. Simply put, the FinTech and cryptocurrency brands that ‘put their money where their mouths are’ when it comes to investing in their customer and user experience will win the day in the modern economy.

By Voxpro powered by TELUS International On Aug 24, 2018 0
0
Share FacebookTwitterGoogle+EmailPinterestLinkedinTumblr