A bout of World Cup fever may have swept the nation last month but with normality restored, it is business as usual for the Premier League. Except that according to Will Tingle at Moore Stephens, the next season of the UK’s top football league is up for a little more than business as usual. Premier […] 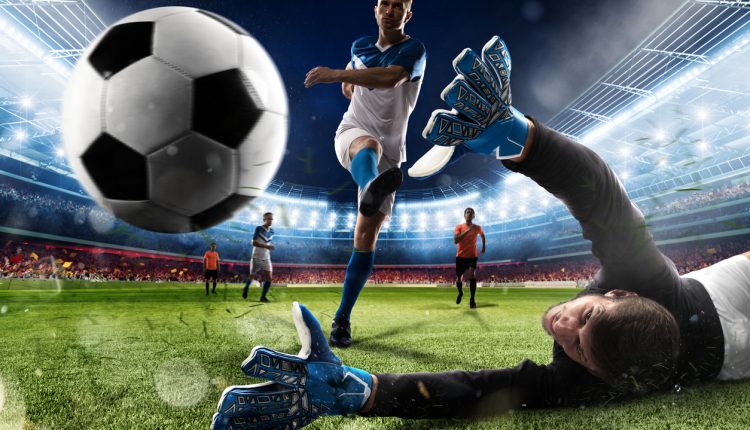 A bout of World Cup fever may have swept the nation last month but with normality restored, it is business as usual for the Premier League. Except that according to Will Tingle at Moore Stephens, the next season of the UK’s top football league is up for a little more than business as usual.

Premier League clubs are already reported to have spent close to £1bn on over 200 deals so far with a number of high profile transfers such as Riyad Mahrez moving to Manchester City and Alisson’s arrival at Liverpool setting a new transfer record for a goalkeeper. With steady investment already, we explore the reasons why it could be another record breaking summer for the Premier League.

Primarily, there is money to burn. Last year, for the first time, every Premier League club reported an operating profit, with 18 of the 20 clubs also reporting a pre-tax profit. Financial fair play appears to have ushered in a new era of sustainability. There are many reasons why clubs can expect a continuation of strong financial performance and revenue growth. This will in turn be used to fund their transfer war chests.

The domestic TV rights for the year is said to be just shy of the record-breaking £5.14bn existing deal, for three seasons from 2016-2019, with Amazon joining the Premier League market for the first time. The cost of the Amazon package to show 20 games a season from 2019 is still unknown. However, any dip in the domestic TV rights income is likely to be offset by an increase in overseas broadcast income as well as club’s own commercial deals.

The Premier League is reported to have made £3.2bn from international TV rights in the same three season period (2016-2019). Beyond this, five out of 80 contracts are said to have been confirmed to continue through to 2022: the Premier League will be optimistic they can continue growth in this area given that some of the new contracts are said to be as much as 14 times the value of current deals.

In terms of other commercial transactions, last season the Premier League introduced sleeve sponsorships, which allowed clubs to have a second brand on their kit in addition to the main shirt sponsors for the first time. Recently, Arsenal are said to have completed the biggest deal yet in this area for a reported £10million per season over three seasons with Visit Rwanda, the club’s official Tourism Partner. Notably Manchester United and Tottenham Hotspur are yet to agree sleeve sponsors which reflects the fact there is significant scope amongst several clubs to increase revenues through commercial partnerships of this nature.

What does all this money mean? As we have seen in the past, increasing revenue normally translates to growth in transfers and player wages. Although clubs are spending within their means, transfer spending has continued to rise over the years as clubs show little sign of tightening their purse strings with increased revenue making transfers more affordable for clubs and used as justification for record-breaking fees.

Premier League teams have now set a precedent for spending and there is great expectation amongst fans to do so. This has contributed to records being established at an alarming rate. Within the last 12 months, 15 of the Premier League sides for the 2018/19 season have broken their transfer record. Last summer, the total spend for the Premier League during the transfer window was beaten for a sixth consecutive year, coming in at £1.4bn. During the final day of the January transfer window alone, clubs made a record spend of £150m, marking a total spend of over £400m for the month.

There are two additional factors which will serve to add fuel to the Premier League money bonfire. Firstly, the transfer window will close earlier than normal as Premier League clubs voted in favour of closing the transfer window before the start of domestic fixtures. This means that clubs will be under increased time pressure and now have little over 2 weeks to conclude their business. This could possibly trigger a rise in the panic buys associated with the final few days of the window. A lack of time provides leverage to selling clubs in negotiations allowing them to attract higher fees for their players as buyers use money to solve problems when time becomes pressured.

The World Cup only adds to the haste given that many players, many of whom are still on holiday as part of their recovery programmes, wait until after the tournament to resolve their futures. Historically, the competition has led to irrational buying behaviour and overinflated fees as clubs have signed players off the back of a handful of good games. Kleberson, El Hadji Diouf, Guivarc’h… do the names sound familiar?

The precedent for all sides having a reason to spend is well established. Newly promoted sides and those fighting relegation are desperate to establish a foothold in the league given the rewards associated with survival. The riches of the Champions League provides sufficient justification for those competing towards the top to invest heavily.

Others are keen to scale up and compete with the so called top 6 or solely avoid a season of mid-table obscurity. With over £1.4bn spent last summer, Premier League clubs are well on track to break this record again. It promises to be a hectic finish before the transfer window closes on 9th August.