Getting to Grips with the New Senior Managers & Certification Regime

The financial crisis in 2008 has cast a long shadow. There has been growing pressure on the government to increase accountability and governance in the financial services industry through legislation and regulatory reforms. One such reform that is set to take effect later this year and eventually apply to much of the industry within a […] 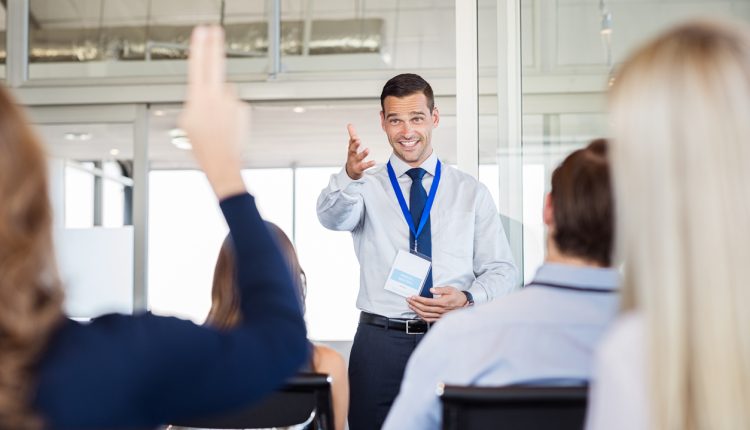 The financial crisis in 2008 has cast a long shadow. There has been growing pressure on the government to increase accountability and governance in the financial services industry through legislation and regulatory reforms. One such reform that is set to take effect later this year and eventually apply to much of the industry within a year is the extension of the Senior Managers and Certification Regime (SM&CR), which seeks to improve the accountability and responsibility of senior personnel. This week Finance Monthly hears from Alexander Edwards, a Senior Associate at Rosling King LLP, who discusses the details of the new regime and explains what action management should take moving forward.

This extension of the certification regime is being overseen by the Parliamentary Commission for Banking Standards (PCBS), which was set up to improve accountability and standards in the industry.

When the certification regime was originally being considered, the commission’s recommendations ranged from general observations on standards – it suggested that firms need to take more responsibility for employees being fit and proper to ensure better standards of conduct at all levels, to the far more specific – notably recommending a new accountability framework for senior management.

As a result of the PCBS recommendations, Parliament voted through legislation in December 2013 which resulted in the Financial Conduct Authority (FCA) applying the SM&CR to the banking sector. Parliament subsequently voted through further alterations to the legislation in May 2016, requiring the FCA to extend the regime to all firms authorised by virtue of the Financial Services and Markets Act 2000 (FSMA). Similar measures have been adopted in other sectors as a way of building trust, such as the Financial Reporting Council that now oversees the appointments of directors at the big audit firms.

It is worth looking at the certification regime in greater detail and understanding what exactly the FCA has been saying about it to fully appreciate its implications. In its 2018/2019 business plan the FCA mentioned that the new rules, concerning the extension of the SM&CR to all FSMA firms in 2018/2019, were due to be published in the summer of this year.

In the FCA’s business plan, they highlighted that they were working on finalising the rules for the extension of the certification regime to all FSMA regulated firms, with a view to reflecting the FCA’s intention to tailor the regime to “reflect the different risks, impact and complexity of firms in a clear, simple and proportionate way.” Considering that the SM&CR is due to be extended to cover c.47,000 firms, that is no easy task.

There are three primary groups who will be regulated by the SM&CR: Solo-regulated firms, insurers and banks.

For solo-regulated firms (regulated by the FCA only) the SM&CR will replace the Approved Persons Regime. In July 2018, the FCA released feedback and near-final rules, along with a guide on the SM&CR for FCA solo-regulated firms. The aim appears to be, as it was from the beginning, to address and limit the lack of accountability of senior management which can subsequently drive poor conduct. The result: making senior management more responsible for their actions and conduct. The guide is designed to help firms which are moving across to the certification regime.

For insurers the SM&CR will replace the Approved Persons Regime and the PRA’s Senior Insurance Managers Regime. The Treasury has confirmed that the certification regime will start to apply to insurers on the 10th December 2018.

The SM&CR already applies to UK banks, building societies, credit unions, branches of foreign banks operating in the UK and the largest investment firms regulated by the PRA and the FCA.

So as we can see the certification regime has gone from covering banks, building societies, credit unions and PRA-designated investment firms, to covering all FCA solo-regulated firms.

It is worth noting that the extension of the certification regime will affect not only firms authorised and regulated by FSMA and the FCA but also EEA and third-country branches and insurers. Although the FCA has noted that the final rules in relation to the extension of the SM&CR are subject to change, particularly following any Handbook changes which follow the UK’s exit from the European Union.

To ensure that the new regime is proportionate and flexible enough to accommodate different business models, the FCA are introducing 3 different tiers of application:

Core Regime – this will apply to the majority of FCA solo-regulated firms;

In response to the FCA’s consultation, respondents have requested further clarification in relation to the extension of the rules. Following receipt of responses, the FCA has confirmed that they will make some minor changes to the proposed rules. For example, they will lengthen the time period from 6 to 12 months for firms to implement the Enhanced Tier, once they meet the relevant criteria.

So what are the key conclusions firms should draw and actions they should take from the consultation?

Firstly, all firms which are regulated and authorised under FSMA and the FCA should be considering and reviewing the rules and functions of their personnel at this stage, to consider how the extension of the regime will affect them.

The date for implementation is set as 9 December 2019 (and 10 December 2018 for insurance firms), so firms should be looking at their own operations and consider transitional provisions at this early stage to ensure they are adequately prepared for the change. Particularly in the run up to Brexit, firms should also be re-reviewing their systems and operations to ensure that any changes to the Handbook are implemented as appropriate.

From a practical point of view, introducing the certification regime into firms in which it does not currently apply is likely to cross the borders of many departments, from Legal to Compliance to HR, so whilst December 2019 may seem far off now, experience has shown us that this will involve a broad spectrum of individuals and departments to successfully and smoothly transition to the SM&CR.