The Harder They Fall: Why Bigger isn’t Always Better at Cybersecurity

In light of the recent cyberattacks that TSB and British Airways were faced with, Andy Barratt, UK Managing Director at cybersecurity consultancy Coalfire, delves into the trend for large corporates to be hit harder by IT glitches than their SME peers. It seems barely a week goes by without the world’s news channels breaking the […] 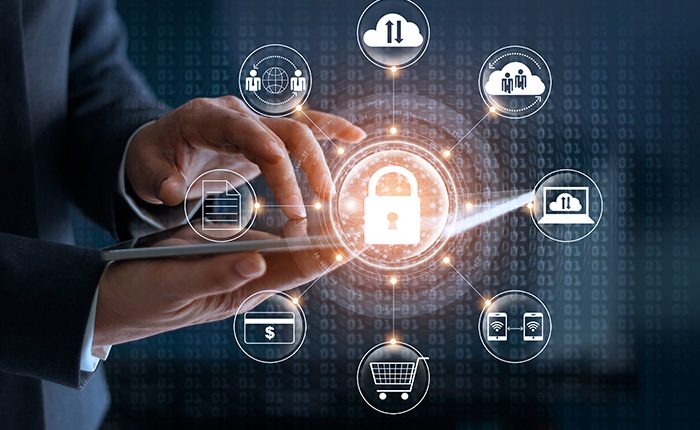 In light of the recent cyberattacks that TSB and British Airways were faced with, Andy Barratt, UK Managing Director at cybersecurity consultancy Coalfire, delves into the trend for large corporates to be hit harder by IT glitches than their SME peers.

It seems barely a week goes by without the world’s news channels breaking the story of a major cybersecurity incident affecting yet another household-name business. In the last month alone, we’ve seen CEOs fall on their swords, the value of shares plummet and hundreds of thousands of people urged to re-secure their online accounts after IT failures and malicious attacks caused widescale disruption.

In the modern age, no business is safe – either from external threat or from itself. The IT saga that engulfed TSB this summer, and ultimately cost the bank’s CEO Paul Pester his job, is an example of a big business causing itself a monumental headache through poor risk management.

Bank customers were left without access to their digital accounts for weeks as TSB tried to migrate its clients’ account details across from its existing IT platform to that of its new Spanish owner, Sabadell. When IBM was called in to consult on the issue, it quickly became apparent that insufficient testing had been carried out in advance to ensure the transfer process would run smoothly.

Customers, MPs and journalists alike have since accused TSB of having its head in the sand over the incident, failing to get to the root of the issue quickly enough and keeping customers in the dark. The question on the public’s lips was ‘how could this happen to a business with presumably vast security resources?’.

The answer is that behind the curtain – and contrary to accepted wisdom on cybersecurity – large enterprises are often not the best prepared to protect themselves against cyber risk, despite having bigger budgets and more resources. Coalfire recently conducted its inaugural Penetration Risk Report, which tested the cyber defences of enterprises of various sizes across sectors including financial services, retail, healthcare, and tech and cloud services. The research involved simulating planned cyber-attacks against the businesses – a practice known as penetration testing – to identify weak spots in their security armour.

A financial services organisation fared better that most. But even in this comparatively well-performing sector we found that large enterprises were not the most secure, despite having the most substantial cybersecurity budgets. Instead, it was mid-sized firms that found the sweet spot in terms of protecting their assets and mitigating their security risks.

So why doesn’t bigger spend correlate to improved security?

It’s worth noting at this point that TSB’s issue was not caused by malicious intent or outside interference. However, the incident highlighted a disturbing lack of understanding running throughout the business that is indicative of how large corporations expose themselves to risk.

Business leaders must become comfortable hearing about problems and technical risk when it comes to IT. Often in large organisations, there is a mindset that the board doesn’t want to know about a problem, so risks are constantly re-framed and cracks painted over.

Consequently, senior executives often don’t have visibility of deeply-rooted issues and, ultimately, make decisions that don’t factor those risks in. This can be particularly unhelpful when businesses are looking to innovate as investment in new technology (mobile banking, rapid deposit taking, etc.) is hamstrung by existing technical challenges.

This mindset where boards are in the dark often occurs in organisations where a culture of blame is prevalent. We must move to a corporate environment where staff feel comfortable elevating issues to management rather than patching them up.

In the worst-case scenario, this disconnection between boardroom and shop floor can leave senior spokespeople fronting up to the media with little understanding of the issues that have embroiled their business in controversy. Highlighting how it should be done was British Airways’ Chief Executive Alex Cruz, who was quick out of the blocks to publicly communicate a detailed understanding of the specifics after the flight operator discovered a malicious breach in September.

In the immediate aftermath of TSB’s IT failure, the Financial Conduct Authority accused the bank’s leadership of ‘portraying an optimistic view’ and failing to adequately communicate the extent of the issue to the public. The bank apologised unreservedly but the real question remained about its competence and whether TSB’s leadership understood, or was on top of, the job at hand.

While it would be unreasonable to expect the CEO of every UK bank or FTSE 100 business to be an expert on IT and cybersecurity, ultimately the buck stops with them. Given the monumental disruption to reputation and performance, there are a lot of lessons senior leaders can learn from the case of TSB.

Large businesses can also be put at risk due to the security shortcomings of the many partners they work with. This issue was evident when Ticketmaster was subject to a supply chain attack earlier this year. In this case, hackers used code supplied by Ticketmaster’s chatbot operator to extract payment details from its website after the code in question was incorrectly repurposed by Ticketmaster’s in-house team.

Similar activity was likely at play for the British Airways data breach, where data was lifted live from its website most likely via third-party code. BA is a regular participant in industry forums and best practice initiatives, and yet has still been affected, highlighting the risk big businesses face through their extended network of partners. Airlines in particular are at risk of attack because they frequently rely on complex infrastructure and shared services provided by airports, booking agents, aggregators and global distribution systems. Many don’t meet the security compliance rules we set here in the UK.

The same can be said for the financial services industry where there is constant interaction between myriad third parties and their affiliated platforms. For businesses of this size, resilience in the face of an attack is the modern approach. Always assume that someone will find a way in. Responding to that quickly will enable you to minimise loss.

To err is human

It’s also worth considering the somewhat unavoidable risk human threat poses to large institutions given the number of people they employ. It goes without saying that the potential for human error increases exponentially the bigger a work force is.

Our Penetration Risk Report found that people remain companies’ biggest weakness – across all sizes and sectors. Whether through human error or creating opportunities for social engineering hacks, the chances are that your staff will be your cybersecurity Achilles’ heel.

Accountancy giant Deloitte was targeted last year as hackers got hold of confidential data via an administrator’s account which had only single-factor authentication in place. In this case, it’s likely that access was achieved after the account password was exposed through phishing – where hackers pose as a trustworthy entity (usually via email) to obtain sensitive information such as usernames and passwords.

Fortunately for the majority of the businesses mentioned in this article, the breaches and failures fell before the arrival of GDPR. British Airways, however, is the first high profile business to experience a major data breach since new rules came into force in April. The new rules outline that a business can be fined as much as 4% of turnover if it has failed to take technical precautions to protect its customers’ data. Unfortunately for BA, if it is found to have failed in that duty of care, then its fine could total £489million.

On top of reputational damage, the proportionate nature of GDPR means that, more than ever, cybersecurity is an issue big businesses can’t afford to get wrong. The days of thinking ‘bigger is always better’ are numbered.

Coalfire is the trusted cybersecurity advisor that helps private and public-sector organisations avert threats, close gaps and effectively manage risk. By providing independent and tailored advice, assessments, technical testing and cyber engineering services, we help clients develop scalable programs that improve their security posture, achieve their business objectives and fuel their continued success. Coalfire has been a cybersecurity thought leader for more than 17 years and has offices throughout the United States and Europe.

The Coalfire Labs team leverages highly skilled penetration testers with focused expertise in helping organisations of all sizes improve their security posture by thinking and acting like an attacker. Coalfire Labs simulates threats, evades your defences, and hunts for active breaches in your environment, and then helps you understand the risk and impact to your organisation.

One Month to Go on Enforcement of PSD2’s SCA